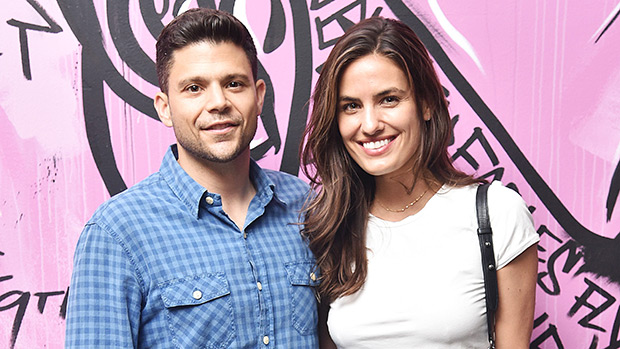 This is so exciting! Jerry Ferrara may wow fans on ‘Power,’ but the former ‘Entourage’ star is headed into the biggest role of his life — fatherhood. Take a look at his wife’s baby bump!

2019 is going to be the biggest year yet for Jerry Ferrara, 39, and his wife Breanne Racano, 30, because they’re officially growing their family! That’s right, the couple is expecting a baby boy, which the Power star announced on Twitter on Jan. 3. He posted a pic on the basketball court, pointing at his wife’s baby bump. She was glowing in a white tank and ponytail. “With the 1st pick in the 2019 draft of life. @breanneracanoferrara and I select: our unnamed BABY BOY!!!” Joey captioned the sweet shot. “I could NOT be ready for this without my beautiful pregnant wife. I pray he gets your height, face, athleticism, charm, intelligence and most important. Your metabolism! #2019,” he wrote. LOL!

His wife reposted the same photo to her Instagram account, hinting that they’d had a tough journey to their big announcement. “Jerry + Baby Boy= Way too much sports. Ohhhh BOY,” she wrote. “Hope he gets my height. This past year has been filled with love, loss, grief, lots of patience and more love. And now learning to navigate pregnancy after loss (which at times can be terrifying). Thank you to such an incredible support group of family and friends in our lives. And to my husband… we have emerged closer and stronger. We continue to pray that our baby boy arrives safely in May.”

Their announcement was immediately flooded with congratulatory comments, and Jerry had the sweetest response to one that asked if expecting a kid was an incredible feeling. “The best,” Jerry wrote.

He and his wife have been married since June 2017, and it’s awesome that they’re already taking this next step in their relationship. They tied the knot in Ohio after Jerry proposed to his long-time girlfriend the previous summer. But after putting a rock on Breanne’s finger, the former Entourage star held the news from his fans until a month after their engagement. They kept it between them for a few weeks, which is so sweet!

It’s clear that they also waited a little while to announce that they had a baby on the way. Breanne is really bumping along! She revealed in her Instagram post that she is 22 weeks along and due in May.