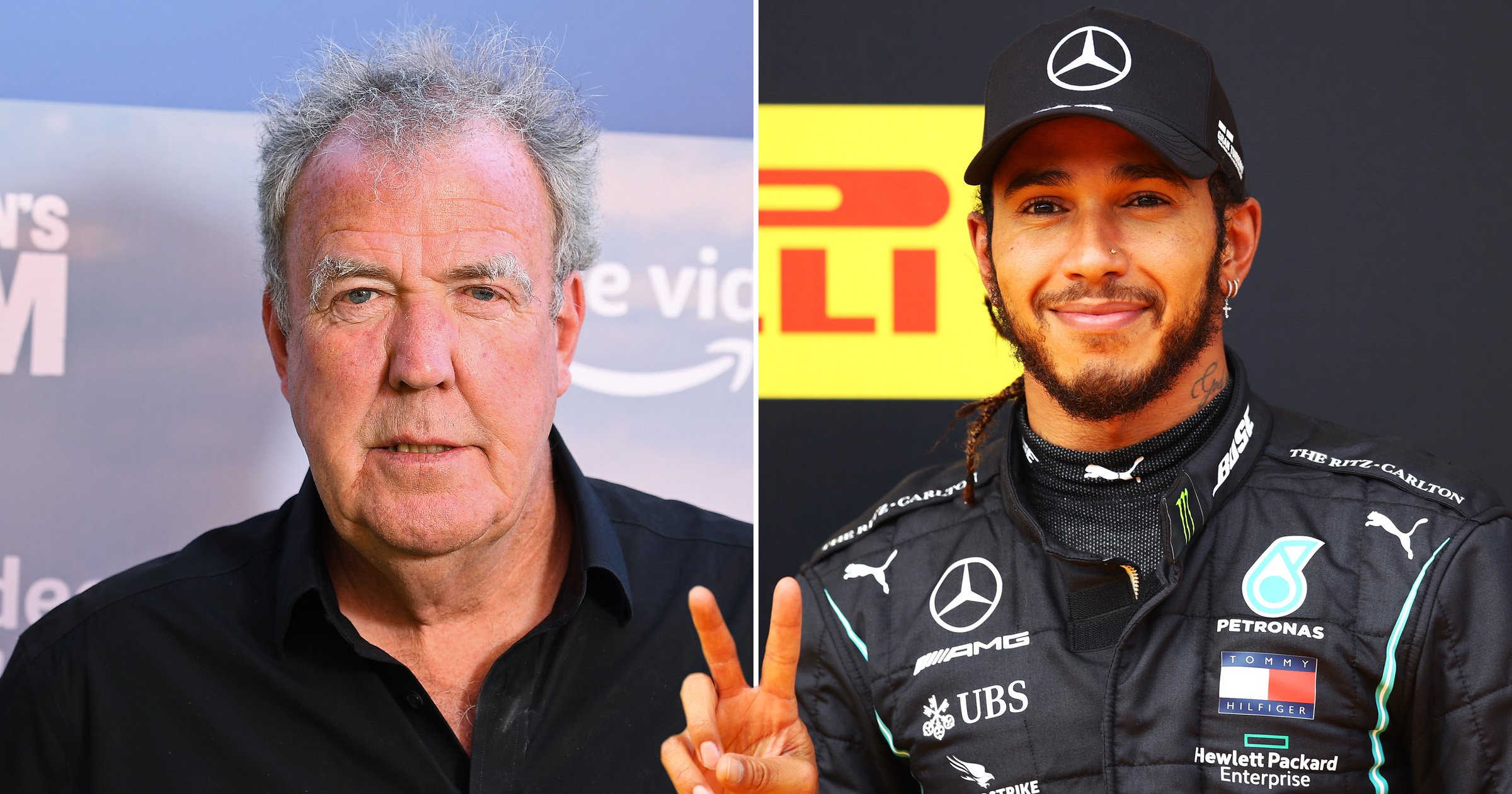 It seems Sir Lewis Hamilton has once again landed in Jeremy Clarkson’s annoying corner, with the Grand Tour presenter believing he’s now become too ‘woke’ amid the climate change movement.

Sir Lewis has long encouraged the masses to go vegan and has shared his own fears for the environment, which saw him, in turn, branded a hypocrite because, well, he’s a Formula 1 driver.

Having previously hit out at the champion racer, this week Jeremy went back in as he turned his attention to dissecting the ‘small steps’ we’re encouraged to take in order to save Mother Earth, including Joanna Lumley’s suggestion of war-time rationing.

Speaking about the apparent boo-ing Sir Lewis is faced with, for whatever reason, from crowds after his races – ‘whether he wins or loses’ – Jeremy claimed it was because people had taken a ‘noisy dislike to Lewis’ because he’s ‘changed’.

Writing in his Sun column over the weekend, as the Cop26 conference continued, Jeremy penned: ‘When he first came on to the scene he was bright and talented and normal – and everyone loved him

‘But then he decided to go woke and right-on and more politically correct than a student union AGM.’

The presenter went on: ‘After the murder of George Floyd, he had Mercedes paint the cars black, he talks about how he’s now green because he sold his jet and has urged everyone to be vegetarian.

‘All this might work well on social media but in the real world, where people live, it doesn’t work at all.’

The Clarkson’s Farm star wrote Sir Lewis’s views were ‘a problem for the green movement’ as he seemingly dismissed the idea walking to work or limiting meat intake is the sole answer to stopping climate change.

Accusing the movement of using vocal vegan Sir Lewis (who has in the past said going vegan ‘can be done so quickly, all you have to do is put your mind to it’) as a ‘mouthpiece’ to ‘convert us’, Jeremy claims that ‘instead, we all just want to throw something at him’.

The Clarkson’s Farm star continued: ‘He spent most of last week’s thrilling race on the radio, claiming the chap in front of him Fernando Alonso was cheating. Which he wasn’t.

‘And then when Lewis finishes in third place, he flopped about on the podium claiming he has “long Covid”.

‘Which seems to me to be another way of saying: “Please ignore Esteban Ocon, the rookie who just beat me. I’m the real hero and don’t you forget that.

‘Well I’m sorry Lewis, but if you behave like that, you aren’t. Oh, and pay your taxes.’