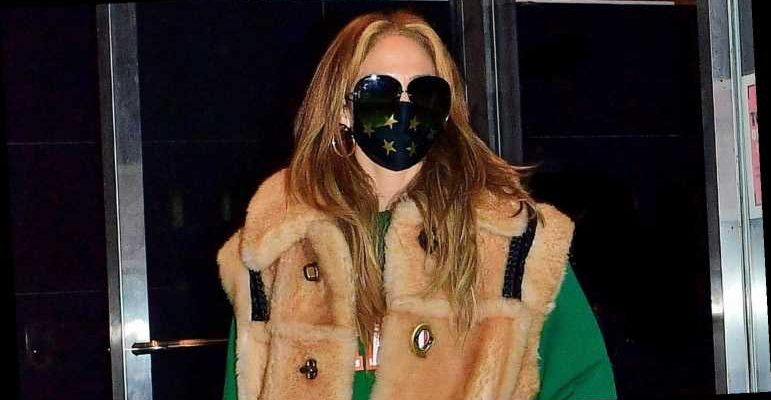 Jennifer Lopez wears a green sweatsuit and a fur vest while leaving a rehearsal studio on Monday evening (December 28) in New York City.

While there won’t be an audience in Times Square this year, the annual TV shows will still be broadcasting live from the historic location.

On Sunday night, Jennifer and her fiance Alex Rodriguez were spotted leaving the rehearsal studio together.

The couple was just in Florida, where they celebrated Christmas together at their home in the Miami area.