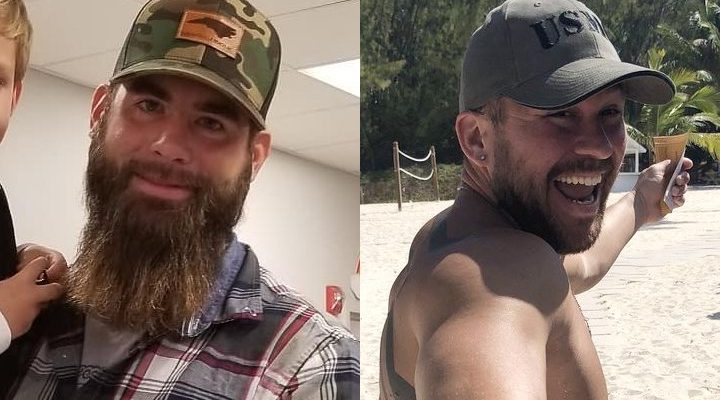 AceShowbiz -The dispute between David Eason and Nathan Griffith continues to heat up. After the latter accused the “Teen Mom 2” alum of abusing his 4-year-old son Kaiser, whom he shares with Jenelle Evans, Eason took to Snapchat to debunk the allegations and accused the 31-year-old of sexually abusing an underage boy.

“Nathan raped a 10-year-old boy when he was 16 and in high school. His school kicked him out, his mom sent him to Tennessee to live with family. He was ‘rehabilitated’ and they thought he was OK after treatment,” Eason wrote on the multimedia messaging app, calling Griffith a “predator” who should not be “allowed in general public” and “around children.” He added, “This is why his visits are supervised and that will never change.”

Addressing the allegations, Eason said Kaiser told him that his dad was the one who put the marks on his butt. “Must be true because it wasn’t there when Kaiser left and wasn’t there when he got home 3 days later. It was probably makeup for all we know,” he wrote. “I mean Nathan does wear makeup and shave his legs everyday so I wouldn’t put it past him. He also painted Kaiser’s finger and toenails with pink fingernail polish. I told him he better never do no gay s**t to Kaiser like he did to that little boy!”

Griffith was quick deny the accusation leveled against him. Calling the allegations “disgusting,” he told Radar Online that he never did such thing and that it was just rumors Eason’s manager spread years ago. “I never had a mental disorder where I needed rehabilitation,” he said. “I never went to rehabilitation, no one in my family has been to rehabilitation. Their claim is defamation of character.”

He further shut down the claim by sharing a video of himself working out along with a caption that read, “Rumors are called rumors for a reason. Slander though is a legal issue. Goofing around and always trying to stay positive. Take negativity in like a grain of salt.”

Meanwhile, Evans has defended her husband and went to Instagram Stories to blast her baby daddy. “Acting like a father and being a father are two separate things. Some fathers never think about their child’s future,” she said on the photo-sharing platform. “At least there is another father figure that my son loves and looks up to, whether anyone likes it or not. And that man cares about that little boy just as much.”