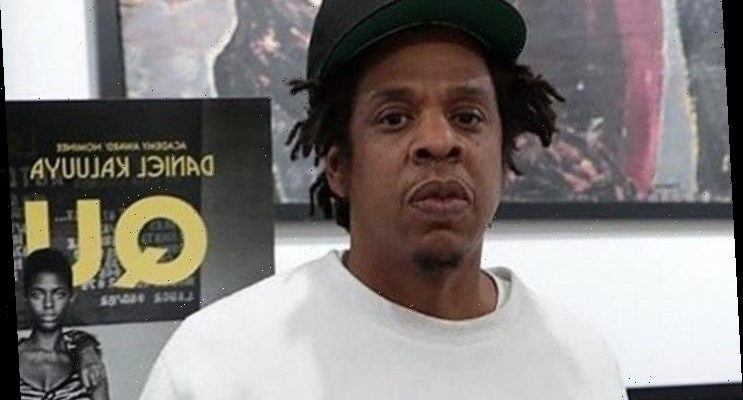 The ’99 Problems’ hitmaker says ‘economic freedom is new’ as he responds to Saul Williams’ criticism over his remarks that he couldn’t help the poor if he’s one of them.

AceShowbiz –Jay-Z was criticized by rapper/actor Saul Williams for suggesting he couldn’t help poor people if he didn’t have money. “I can’t help the poor if I’m one of them / So I got rich and gave back, to me that’s the win-win,” the Jiggaman rapped in a song called “Moment of Clarity” which featured Eminem from his 2003 album.

“Somebody had made the mistake of equating money with freedom or money with it being the ultimate power,” Williams commented in an interview. “So then you hear an artist like Jay-Z say on ‘The Black Album, ‘Well, I couldn’t help poor people if I was poor.’ Correction: the majority of our leaders and people that have helped over time have not been able to help us because they have money, they helped us because they had vision and desire to do so.”

The video apparently caught Jay-Z’s attention, and the Roc Nation mogul sent Williams an email to defend himself. “Our fight for economic freedom is new, it’s not the same war that Harriet Tubman was fighting,” the husband of Beyonce Knowles argued.

“If I used the same ‘weapons’ as them I would be shooting a musket at people with fully automatic assault rifles,” the Hov added. “Although I think it’s a must, we challenge each other, we should be careful it doesn’t come off as judgement.”

Williams fired back, “I wouldn’t characterize our fight for economic freedom as ‘new.’ There have been wealthy black Americans in every generation since the 1600’s, and in Africa since forever. During segregation accumulated black wealth and black-owned business were at a peak.”

“African billionaires, for example, have brought little relief to the continent of Africa. The seduction of power and the systemic constraints of white supremacy will take more than money to burn. The root of the market economy is still almost entirely based on the sourcing of rare minerals where the exploitation of African miners and land is the analogue reality of the our modern-age technological advances.”

“Even as we push against the systemic structures in criminal justice, housing, etc. we know that it is not simply a question of money being used against us rather it is the ideology that negates our worth as human beings that seems to justify the constant exploitation of our worth and work. Thus the attack is largely against belief systems, philosophies empowered by money and a corrupted rule of law.”

“I challenge the messaging through music when I feel it supports the system primarily because I see art and music as tools or weaponry that can be used to destroy it,” he concluded. “The truth bangs harder. We learn that the more we tell it.”

I couldn't cope with my mother. Now I finally know why