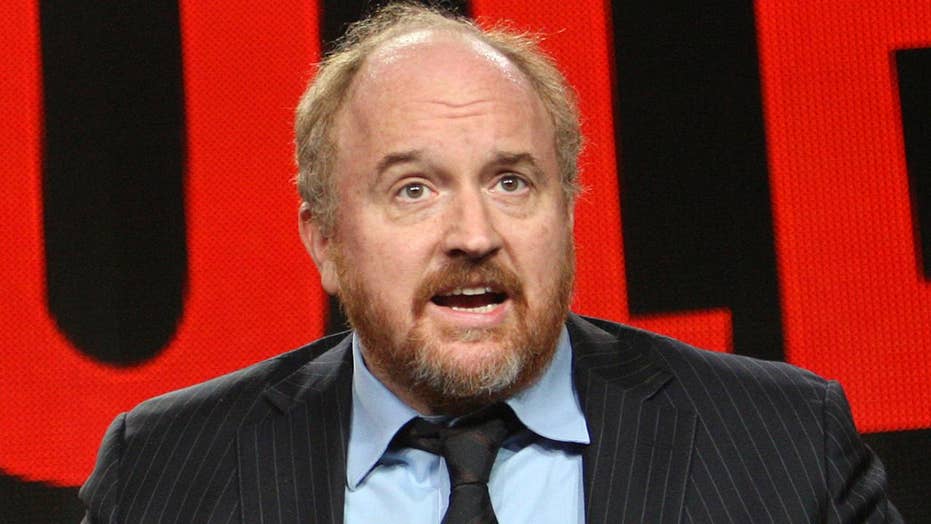 EMAILS REVEAL LOUIS C.K. MAY HAVE GIVEN CHEF AN STD

"Leave Louis C.K. alone. Enough with that," she snapped on the feminist Bust podcast. "He's been my friend — and I stand by that — he's been my friend since 1985, and I think he has suffered," she said. "And when he performs at the Comedy Cellar and people get all irate, if nothing else, care about his daughters. If nothing else — if you can find no compassion for him, which I think you should — think about how his daughters, who hear all of this stuff, feel. Why don't you leave him alone for them if you're so women-empowering?"

Garofalo, 54, slammed the criticism of C.K. as "unfair" and likened it to "being bullied" and called him a "public pariah."

"I think you're running with what you've been told in the [media] — he is not a person who walks into a room and powerfully takes his d—k out," she said.

Garofalo also slammed the hosts' issues with C.K's recent material, which was slammed as being offensive and insensitive to Parkland shooting victims and survivors.

"Oh my God. Do you know how much offensive material goes on at the Comedy Cellar? You know what? If you don't want to listen to him, get up and leave the room," she fumed. "You are acting like Mussolini has walked into the room, and it is not."

SARAH SILVERMAN SAYS LOUIS C.K. MASTURBATED IN FRONT OF HER WITH HER CONSENT

"When it comes to the #MeToo movement, I think it's okay to question the source. It should transcend gender," Garofalo said. "It's human rights. Because if you don't, anyone can be accused of anything at any time, and if you're not allowed to question that — I can say right now, 'I've got pictures of you molesting a child. Don't question me!' You know what I mean? Don't question the questioner! Then it's a 'Twilight Zone' episode."