James Corden confirmed he’s making changes to the controversial segment, “Spill Your Guts,” on his late-night show after an online petition gathered more than 45,000 signatures.

The CBS show‘s recurring segment sees Corden ask his celebrity guests personal questions and if they don’t provide an answer they have to eat “gross” food. While it’s been a recurring segment for years, one woman’s TikTok video calling it “racist” for mocking Asian foods has gone viral.

The host, 42, told Howard Stern on “Howard 101,” “We heard that story, and the next time we do that bit, we absolutely won’t involve or use any of those foods.”

The TikTok video, from user Kim Saira, has been viewed over half a million times since she posted it, leading her to create a petition on Change.org. In it, Saira calls the segment “incredibly culturally offensive and insensitive” and adds that it “encourages anti-Asian racism.” 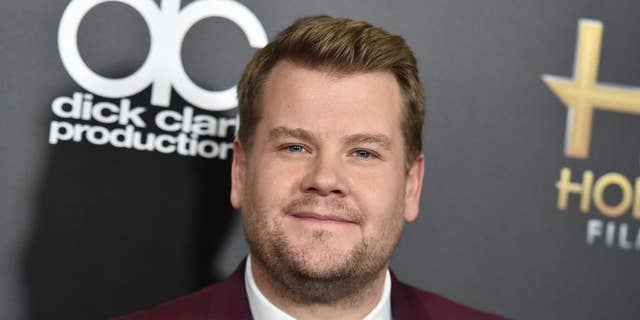 James Corden confirmed he will be changing up his show’s segment, "Spill Your Guts," after an online petition called it "incredibly culturally offensive and insensitive."
(Jordan Strauss/Invision/AP, File)

Corden told Stern, “Our show is a show about joy and light and love, we don’t want to make a show to upset anybody. In the same way that when we played it with Anna Wintour, we gave her a pizza covered in cheeseburgers.”

“We completely understand,” the Emmy-winner reflected. “It’s not for us to determine whether somebody’s upset or hurt about something… all we can do is go, ‘All right, we get it, we won’t do that.'”

The appeal goes on to suggest Corden and the show make donations to “local Asian American organizations that are working to help Asian-owned restaurants and small businesses,” and to either change the food used in the segment or remove the segment entirely.

Corden previously defended the game to Stern back in 2019, during which he noted that some of the foods are considered “delicacies” depending on the country you’re in.

“They’re just odd to us – they’re not odd. And a lot of it doesn’t taste bad. it really doesn’t. It’s just your psyche of something being new,” he explained.