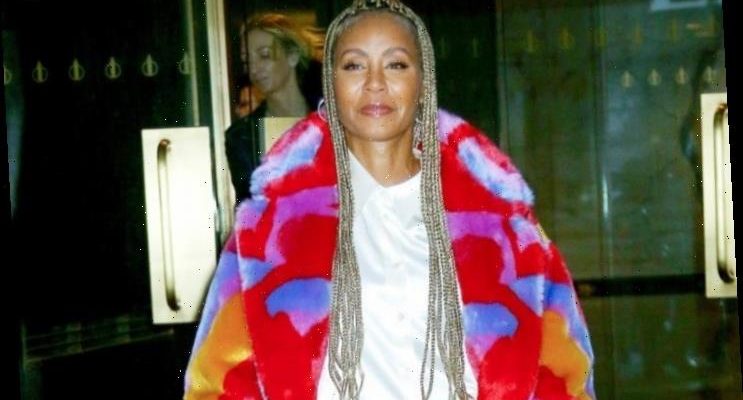 Her and Will Smith’s daughter Willow also shares about her own struggle to accept her hair as she used to think she’d be ‘prettier if my hair wasn’t so kinky or if I had longer hair.’

AceShowbiz –Jada Pinkett Smith made use of a recent episode of “Red Table Talk” to discuss colorism. In the Wednesday, May 27 episode, the wife of Will Smith revealed that she was used to be picked on by members of the same race for having a lighter skin tone.

She started the conversation by noting that colorism “began during slavery,” when owners would often “rape their slaves who gave birth to light-skinned children.” She went on explaining, “Lighter meant better, smarter and more beautiful. This hateful bias seeped into black culture and continues to divide us.”

She also said she, alongside her daughter Willow Smith, mother Adrienne Banfield Norris and best pal Mia Pitts as well as her own daughter Madison, would “confront our own preconceived prejudices right here at the table.”

Jada said that in most cases, colorism saw light-skinned folks discriminating against dark-skinned folks. However, for Jada, she “had the opposite in my experience,” she noted, adding that she was “being picked on for being light-skinned.”

Willow also shared about her own struggle. “My cousins and my friends, I would look at their hair and be like, ‘I would be so much prettier if my hair wasn’t so kinky or if I had longer hair,’ ” she admitted.

Adrienne, meanwhile, talked about how people used to not owning their own blackness. “Back in the day, you would always hear black people like, ‘I got Indian in me,’ still not owning our own blackness and that’s just a result of all the brainwashing that has happened over the years and the perpetuation of white supremacy,” she recalled. “The approximation to white is what’s valued around the world…back in the day, if you were light-skinned and long hair, you would get bank for no reason. Just think about how superficial that is.”