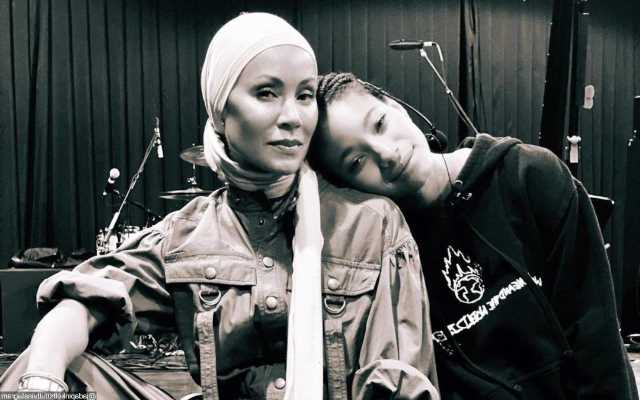 Debuting her bold new look on Instagram, ‘The Matrix Revolutions’ actress claims that her younger child with Will Smith ‘made’ her do it as she gears up to welcome her 50s.

AceShowbiz –Jada Pinkett Smith has gone through a dramatic hair makeover ahead of her 50th birthday. Not afraid to make a huge change, the actress has revealed her newly shaved head on Instagram.

The 49-year-old mom of two made use of her account on the photo-sharing site on Monday, July 12 to unveil her new look. Debuting her new bald head, she revealed that it’s her daughter Willow Smith who inspired her to shave her head.

“Willow made me do it because it was time to let go,” so she wrote along with her new picture which also features her second child with Will Smith. Ready to embrace her 50s with her new look, she jokingly added, “BUT … my 50’s are bout to be Divinely lit with this shed.”

She also posted a video of her flaunting her shaved head from different sides. The comment section was soon flooded with positive comments on her new look, including one from Lena Waithe who dubbed it “Perfection.”

Willow earlier took to her own Instagram page to share the same photo of her mother’s bold new look. “a gift is pure when it is given from the heart to the right person at the right time and at the right place, and when we expect nothing in return,” she wrote in the caption.

Willow herself had earlier shaved her head when she was 12 years old. The 20-year-old singer/actress made the bold move in 2012 at the height of her “Whip My Hair” era.