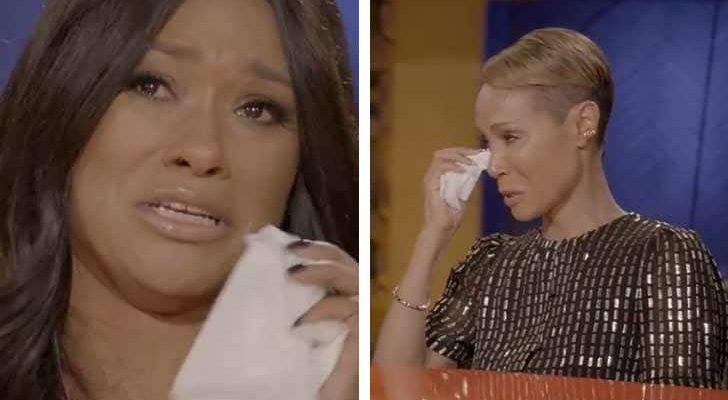 Jada Pinkett Smith, along with her daughter Willow and mother Adrienne Banfield-Jones, had a heart-to-heart with one of R. Kelly‘s alleged victims … and things got very emotional.

Jada had Lisa Van Allen on the latest addition of her Facebook series, “Red Table Talk,” to talk about her history with the singer … who, as you know, is surrounded by controversy and allegations of sexual abuse and child pornography in the wake of Lifetime’s docuseries, “Surviving R. Kelly.”

Lisa says she feels like a weight’s been lifted from her now that she’s able to open up, and she shed some light on how her life became intertwined with Kelly’s. Her claims are disturbing.

She explains that her rough childhood led her to connect with Kelly and view him as her “knight in shining armor,” which is why she overlooked his abuse and other suspicions about him for years.

Out of the mouths of babes. Join us tomorrow. @redtabletalk #RedTableTalk

Out of the mouths of babes. Join us tomorrow. @redtabletalk #RedTableTalk

Earlier in the show, both Jada and Willow also opened up about how they had heard the rumors about Kelly and had their own suspicions.

Jada even said she feels complicit for ignoring the allegations against Kelly, and brought up how as recently as September, she and Will used Kelly’s famous track, “I Believe I Can Fly,” for a video of Will bungee jumping.

Jada and the women in her family are clearly making up for it now, though, and have vowed to continue to help out R. Kelly’s alleged victims. Part two of this episode with Van Allen is expected to air soon.