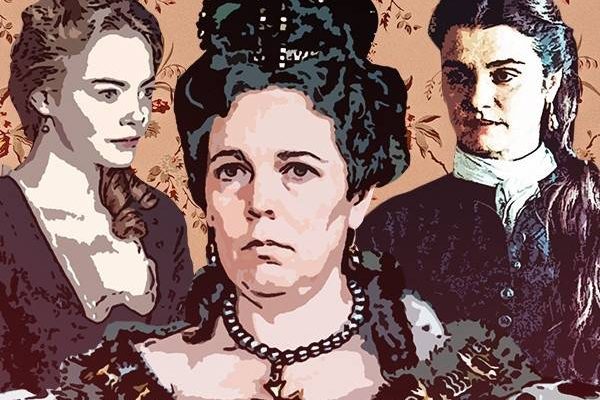 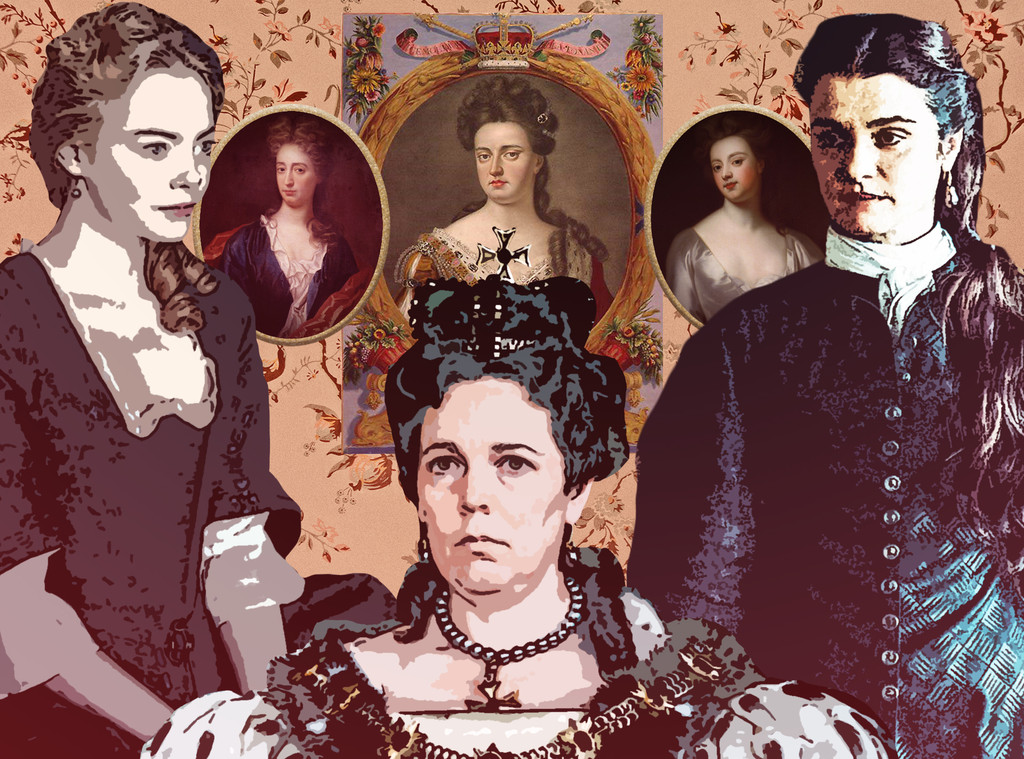 When Joe Alwyn turned up on the Hertfordshire, England set of The Favourite he had done his homework.

Having recently wrapped his other period drama, Mary Queen of Scots, he expected he’d need to devote the same effort to delving into the life of Samuel Masham, husband to Abigail Masham, who fiercely competed with cousin Sarah Churchill for the affections of Britain’s Queen Anne. Instead, when he arrived to the two-week pre-production boot camp with the rest of the cast, he got a crash course in humility.

“It was a lot of strange exercises and games and switching parts and rolling around on the floor and dancing,” he recalled to W of the workshops led by director Yorgos Lanthimos, basically “making complete fools of ourselves every day in front of each other.”

He quickly realized the research he’d done may have been for naught. “I think people turn up to the rehearsal period thinking maybe they should’ve read their history books and thought about their characters and their intentions and all of that stuff that you normally think about, but Yorgos made it quite clear early on that there wasn’t going to be much consideration for historical accuracy to a degree,” he shared with The Hollywood Reporter. “He wasn’t too caught up with or concerned about that.”

So, yeah, safe to say the Greek filmmaker took some liberties in putting together the award season darling, already up for five Golden Globes and another three SAGs for leading ladies Olivia Colman (Anne), Emma Stone (Abigail) and Rachel Weisz (Sarah). But while some of the racier storylines may not be factually accurate—despite a pile of rumors and innuendos, no one could say for sure that either Abigail or Sarah were sexually involved with the Queen and, sadly, she did not keep a trove of pet bunnies as an emotional stand-in for the 17 children she lost during pregnancy, in birth or throughout their childhood—the real life story of the last reigning monarch from the House of Stuart is every bit as strange as fiction.

As is common place in tales of any OG royals there are nasty rivalries, war and conquest and enough scheming and dirty gamesmanship to perhaps make Kate Middleton and Meghan Markle grateful that their rumored rift amounts to little more than a supposed argument over a bridesmaid dress and a tense exchange regarding the treatment of palace staff.

And just for an extra dose of intrigue, this story offers a side of gossip about same-sex relationships an entirely scandalous proposition for the early 18th century. 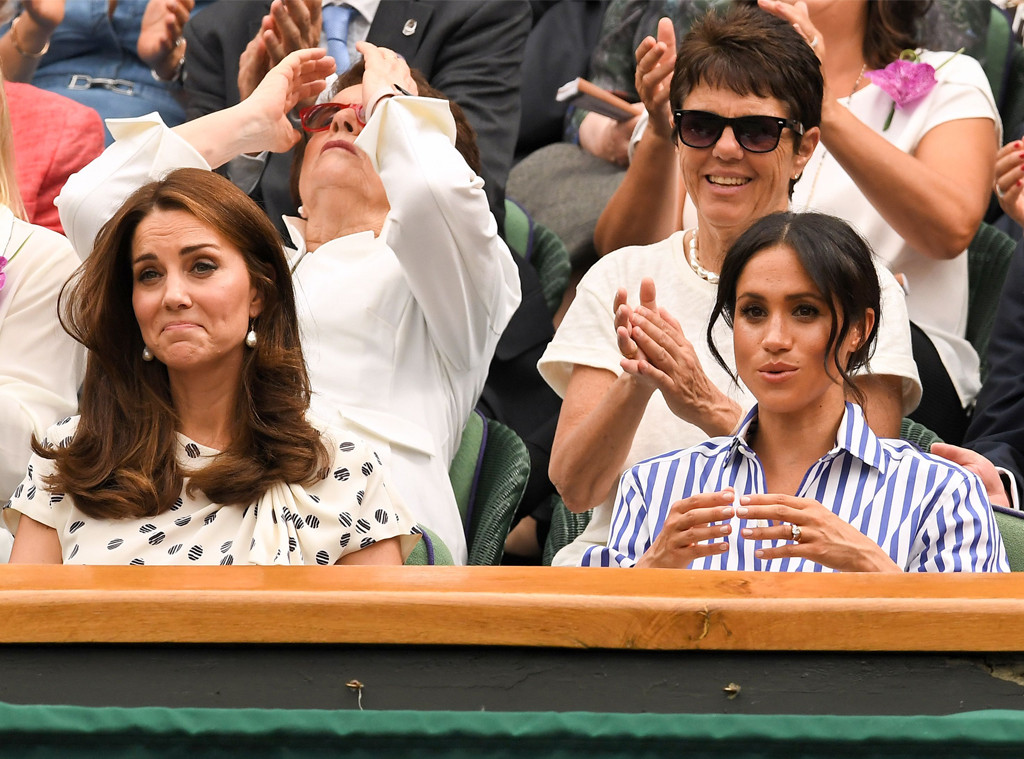 The film, part dark comedy, part period drama, part Mean Girls for the pre-Industrial Revolution set, follows the reign of Queen Anne, who inherited the throne from her brother-in-law at the ripe old age of 37 in 1702. Not particularly suited for the role, biographer Anne Somerset told BBC, “She was very poorly educated and chronically shy. She was often in appalling ill-health—probably with an autoimmune disease and a form of arthritis,” she relied heavily on the council of her childhood friend, Sarah, Duchess of Marlborough.

While Anne, being a woman with the misfortune of entering the world in the 17th century, received no formal education in civil law and military matters, Sarah was more confident, intelligent and politically involved. The women first crossed paths in 1671 when Anne was just six-years-old, and incredibly intrigued by Sarah, several years older and naturally vivacious. As Somerset wrote in her tome Queen Anne: The Politics of Passion, the future queen was “irresistibly drawn to this self-assured and dynamic woman.” 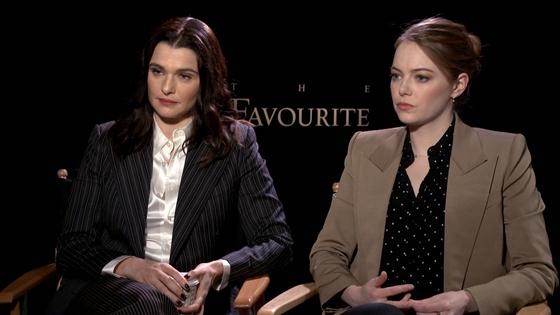 Sarah, appointed to the prime position of lady of bedchamber, essentially a lady-in-waiting role, following Anne’s 1693 arranged marriage to Prince George, took shrewd advantage. Even though she “frequently criticized the queen so harshly as to reduce her to tears,” as Edward Potts Cheyney shared in A Short History of England, she held maximum influence, often dictating to Anne “what she should do and say under certain circumstances.”

Anne’s sister, then-reigning Queen Mary, felt uncomfortable with Sarah’s influence and her encouragement of Anne’s ambitions and urged her younger sibling to dismiss her, a suggestion she resolutely defied.

And upon Anne’s coronation, she continued to be very generous with Sarah and her husband John, he was dubbed the Duke of Marlborough, given an Order of the Garter and made Captain-General of the army, while she was named Mistress of the Robes (the highest rank for a woman at court), Groom of the Stole, Keeper of the Privy Purse and Ranger of Windsor Great Park. The Whig power couple were also gifted parliamentary pensions and the 187-room Blenheim Palace. (The site of future Prime Minister Winston Churchill‘s birth in 1874.) 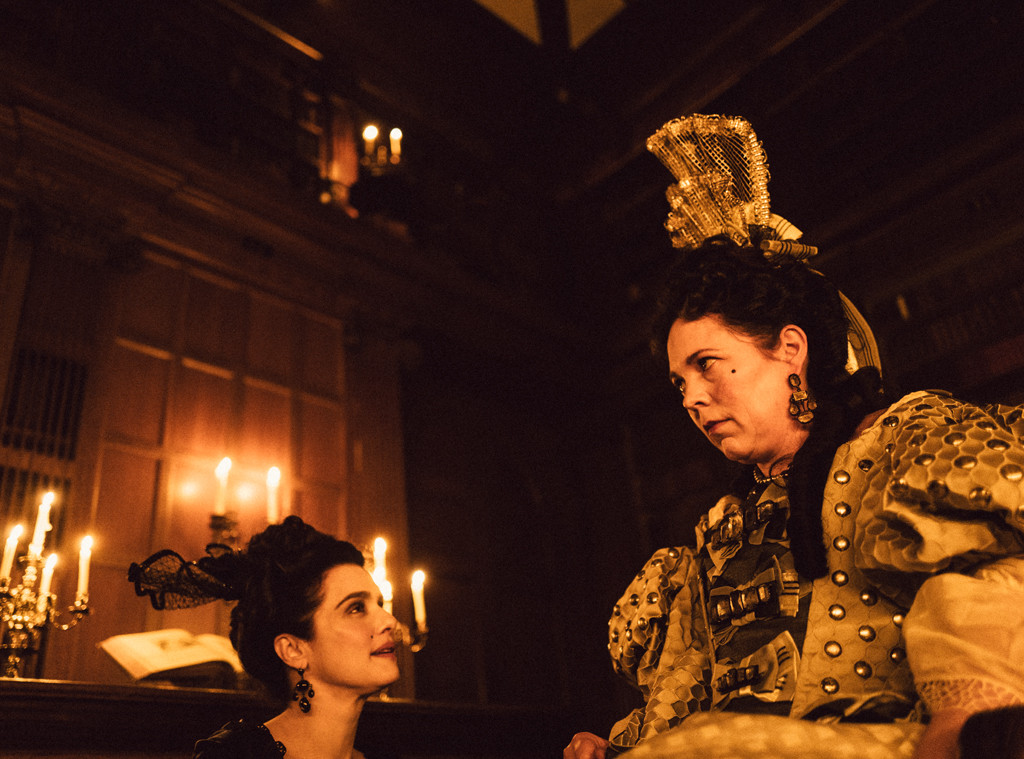 But eventually those disparities, with a little help from Sarah’s cousin, would pull them apart.

Though the movie depicts Abigail simply turning up at the palace, it was actually Sarah who gave her an express invitation. Thanks to her father’s gambling habits, Abigail’s family had fallen on such hard times, that she was forced to work as a servant in various houses of nobility. When Sarah caught wind of this, she offered her relative employment in her own home—likely more out of embarrassment and in an effort to hide the fact that her kin was amongst the help than out of any genuine empathy, but still—and then brought her into the Queen’s household in 1704.

As the film details, Abigail went about ingratiating herself to the Queen, and slowly edging Sarah out of her position as, well, the favorite (or favourite to Brits). Though it was a process that took some seven years and didn’t come about because Abigail poisoned her cousin and sent her off on a dangerous horse ride. Rather, Sarah’s transition from bestie to frenemy was largely of her own doing. Her frequent absences from the court, something the Queen didn’t exactly love, gave Abigail plenty of opportunity to work her magic. 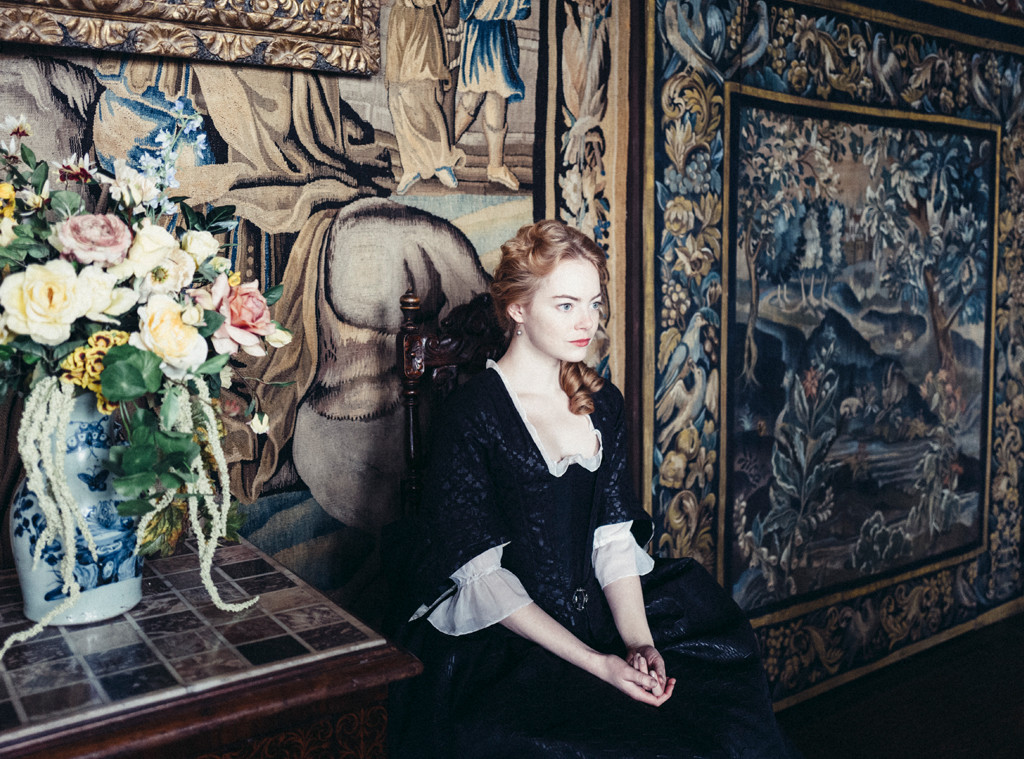 In comparison to Sarah’s abrasive personality, Abigail was more of the you attract more bees with honey school of thinking. As her friend, essayist Jonathan Swift described her, she was “of a plain understanding, of great truth and sincerity…of an honest boldness and courage superior to her sex, firm and disinterested in her friendship and full of love, duty and veneration for the Queen.

And the fact that she was also a Tory, and closely aligned with party leader Robert Harley, her cousin, meant she was eventually able to swing the Queen back to her stance, including putting an end to the costly and unpopular War of the Spanish Succession. The more Anne got back in touch with her Tory beliefs, the more this particular schism between her and Sarah stood out, the Queen growing increasingly annoyed with her pal’s not-so-subtle suggestions that she should appoint more Whigs to the cabinet.

Also, there was the fact that Sarah attempted to blackmail the monarch, threatening to release their admittedly amorous exchanges. In her book, Somerset quotes Sarah as telling Anne, “Such things are in my power that if known…might lose a crown.”

In one letter, the Queen wrote, “Oh come to me as soon as you can that I may cleave myself to you.” In another, “I can’t go to bed without seeing you…If you knew in what condition you have made me, I am sure you would pity.”

Somerset notes such language between women was pretty common in that time, loving female friendships seen as a stepping stone to understanding how to operate in a heterosexual marriage, and that Anne, known for her “prudery, and her strong sense of Christian morality,” would be unlikely to take on a female lover. Nonetheless, it was the type of revelation that was intended to humiliate someone in a position of power. (See: claiming a president is lying about his place of birth.) 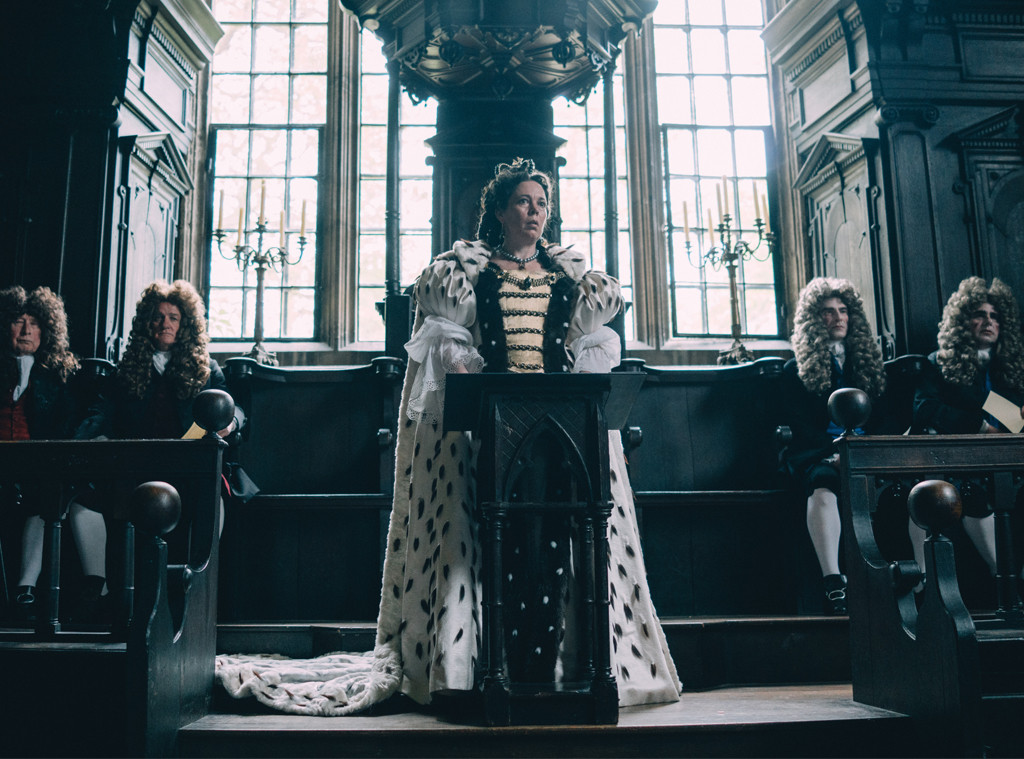 She also fanned the flames of chatter that Anne had taken on Abigail as a lover coming to court in 1708 with a most inflammatory poem written about Abigail by Whig journalist Arthur Maynwaring.

“When as Queen Anne of great Renown / Great Britain’s Scepter swy’d / Besides the Church, she dearly lov’d / A dirty chambermaid / Her secretary she was not / Because she could not write / But she had the conduct and the care / of some dark deeds at night.”

Her hope was that it would convince Anne to cut ties with Abigail, but it mostly just royally ticked her off. In response, Anne neglected to wear the jewels Sarah had picked out for that year’s Thanksgiving service and even back in the 1700s dissing one’s fashion choices was still the ultimate in slights.

But by all accounts, though, the final straw for Anne was how her longtime friend treated her following the 1708 death of her husband George (a role largely excised from the film, perhaps because his existence may have served to complicate Anne’s two lesbian relationships). During the grieving period, she refused to wear the appropriate mourning clothes and, according to Green’s biography, had a portrait of George removed from her room. 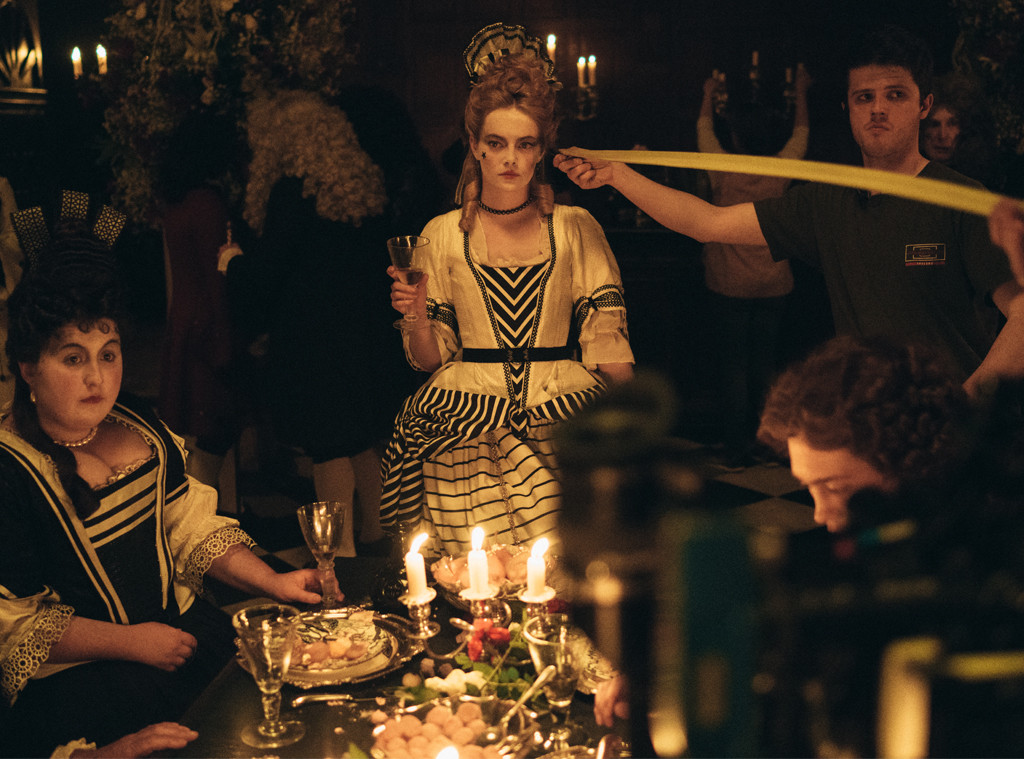 Two years later, according to Ophelia Field’s The Favourite: Sarah, Duchess of Marlborough, Sarah had one final come to Jesus moment with Anne in which she asked what had led her to be excised. Per Sarah, Anne’s response was cold, saying only, “I shall make no answer to anything you say.” While Sarah’s husband pleaded with the Queen to let them retain their positions, she staunchly refused.

With the dismissal, the duo began circulating the courts of Europe, largely warmly welcomed due to the Duke’s status as a war hero. By all accounts they still had a pretty good lot in life, but being cast out still irked Sarah.

Meanwhile, Abigail became one of the Queen’s main associates, receiving the title of Privy to the Purse, and a Baron title for her husband, having bore witness to their marriage and awarding them a handsome dowry. 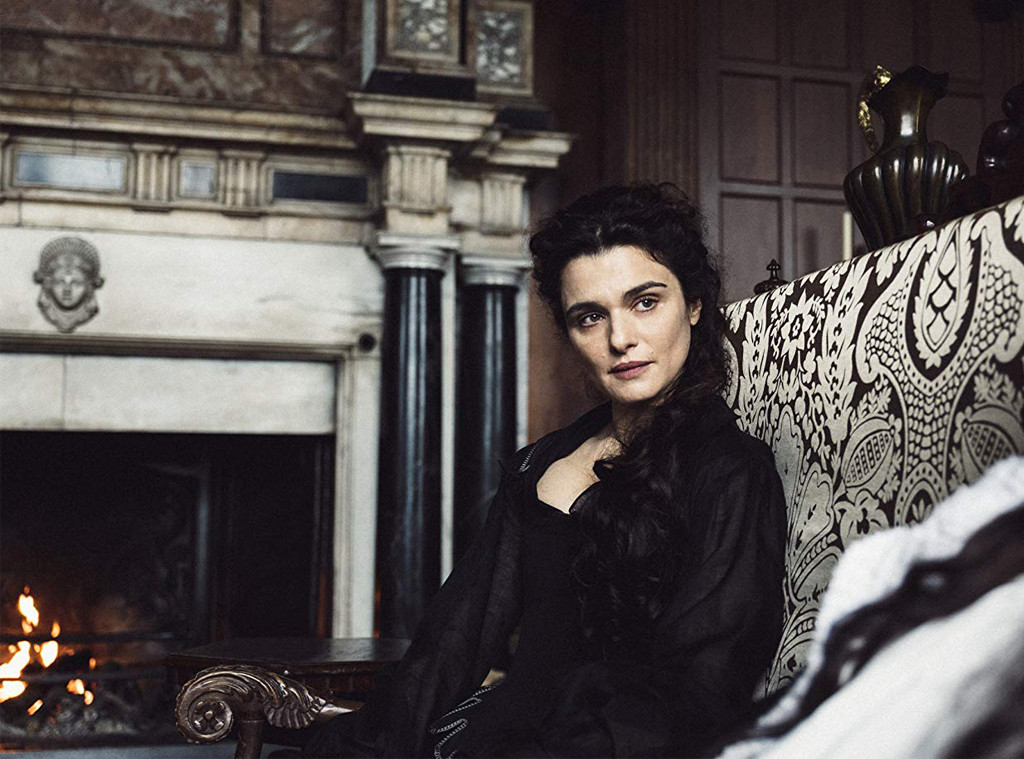 Perhaps that’s why in her 1742 memoirs she made good on her idle threats, trashing the Queen’s character, reinventing herself as the victim in their personal saga and repurposing the rumors of Anne and Abigail’s physical relationship. “Mrs. Masham came often to the queen when the prince was sleep,” she wrote, “and was generally two hours every day in private with her.”

She and her husband also returned to England on the day of Anne’s death in 1714, with their livelihoods fully restored under her successor, King George. Sarah’s influence continued well into the reign of King George II. And just a few centuries later one of her ancestors, that would be Princess Diana, found her own powerful position in Britain’s court—and her own place in the royal family’s long, scandalous, messy history.