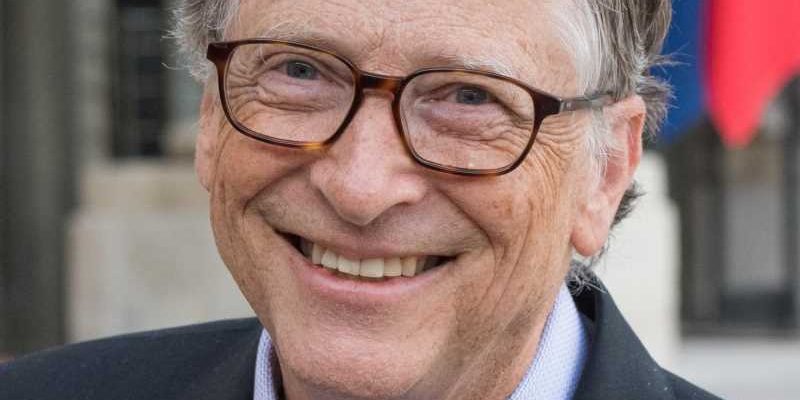 In case you haven’t heard, Bill and Melinda Gates filed for divorce after 27 years of marriage. The couple released a statement about the split on May 3, saying “they put a great deal of thought and a lot of work into their relationship but determined they can no longer find a way to grow together as a couple in this next phase of our lives,” according to the New York Post.

Once the shock wore off from the bombshell announcement, a 1997 Time interview resurfaced that raised quite a few eyebrows. It detailed Bill’s seemingly odd “arrangement” that he had with ex-girlfriend Ann Winblad when he was married to Melinda. Bill and Winblad spent a “long weekend” together every spring at her beach house in Outer Banks, North Carolina. Gates did not seem to think it was strange, saying, “We can play putt-putt while discussing biotechnology.”

As for Winblad, she seemed to enjoy her time with the tech phenom (and former flame). “We share our thoughts about the world and ourselves, and we marvel about how, as two young overachievers, we began a great adventure on the fringes of a little-known industry and it landed us at the center of an amazing universe,” she said in the interview.

Their connection was so strong that Bill even asked Winblad for her “approval” before he married Melinda. Winblad was all for it and said, “I said she’d be a good match for him because she had intellectual stamina.”

Keep reading for more details about Winblad’s beach house and their annual reunion.

Bill Gates might be one of the wealthiest men in the world, but Ann Winblad’s North Carolina beach house is surprisingly humble, according to the New York Post. The home is located in Corolla, north of the Outer Banks and was built in 1982. The “Royal Retreat for Beach Lovers” has been used as a rental since 2016.

The oceanfront home (aka “Castle Sween”) boasts a private walkway that leads to the beach, along with a private gazebo perfect for an Instagram photoshoot. The three-level, 1,440-square-foot home sits on an acre of land, includes an area for sunbathing, and has four bedrooms and two bathrooms. (Did we mention it also has private beach access?)

The house has an open floor plan with plenty of sleeping areas for extra guests and spectacular views of the ocean around every corner. Castle Sween rents at $2,700 for a three-night getaway and it appears that beach lovers keep flocking to the Outer Banks during the pandemic. As of this writing, the home does not have an opening until the second week of September, so Outer Banks fans will have to soak up the sun elsewhere this summer.