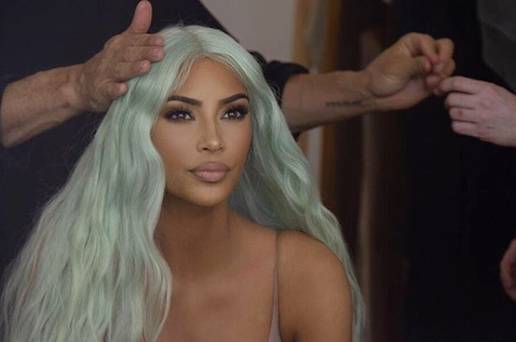 The Kardashians are known for many things – their reality tv show, their penchant for pushing weight loss products on Instagram and of course, their parties.

With unfathomable wealth and ample time to spend it, Kim Kardashian, who is expecting her fourth child – a baby boy being born via surrogate – threw a baby shower for the ages to mark the arrival. Kim welcomed guests to her California home on Saturday, enveloping them in a new-age themed party with CBD products and a 30 minute sound bath.

For the initiated, a sound bath is a meditation technique which uses calming sounds and vibrations to heal the body and cannabidiol oil is a naturally occurring compound found in the resinous flower of cannabis.

In videos shared on Snapchat, she told guests she felt “ridiculous” having a party to celebrate her fourth child, but added she was “freaking the f*** out” at the prospect of her growing family, so decided to celebrate the occasion with family and friends, which inspired her zen-themed party. “Because I’m freaking out and the baby is coming in like two weeks, I thought what better way to celebrate than have a little CBD and we are going to do a sound bath because I can’t meditate so this will only be 10 minutes but I thought it would be cool for us to do, to zen out on a Saturday,” she said.

Kim and husband of five years Kanye West already have three children together – North (six), Saint (three) and Chicago (one) and confirmed in January they’re expecting their fourth in May.

Earlier this month, the KKW Beauty mogul said she wanted to throw a CBD-themed baby shower to help calm her stress about the new baby.

“This year, because I am freaking out so much, I just want a zen-like CBD-themed baby shower,” she told told E! News. She said she wanted a tea ceremony with crystals and massages and plenty of alcoholic beverages because “we’re not pregnant.”

She added that the baby shower celebration was particularly useful for her older children in understanding the changes coming to their family without seeing their mother pregnant.

“When you have a surrogate, for me, I realized that having a baby shower for Chi was actually so much more beneficial for my kids, because they saw people come. They actually saw that it was like, ‘A new baby is coming,’” she said.

Chrissy Teigen and Maria Menounous were among the celebrities at the baby shower and everyone was gifted a pair of Yeezy sandals.