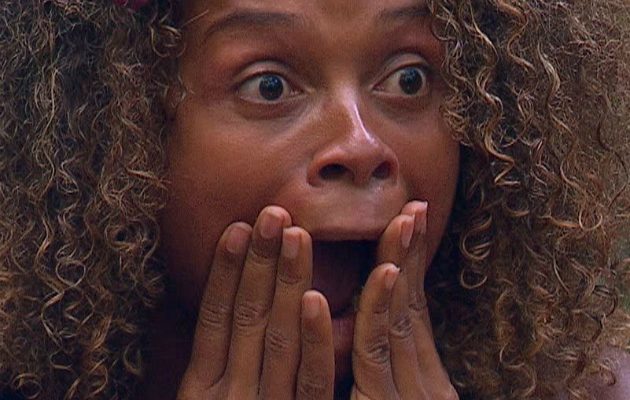 Already well into their I’m A Celebrity… Get Me Out Of Here! stint, the famous campmates are officially professional Bushtucker trial survivors.

However, the latest jungle edition appears to have pushed Fleur East and John Barrowman further out their comfort zones than ever before – with both co-stars squealing in disgust during their challenge.

The trial, Rotten Retrieval, involves a captive John waiting on 31-year-old Fleur to rescue him from inside his cage – with countless creepy crawlies joining him as company throughout.

With Fleur left to her own devices, the singer must take matters into her own hands in order to rescue John from his fate.

As she scurries around inside the web of small tunnels, Fleur has the task of gathering a series of tiny keys to unlock John’s cage.

Fighting through a range of spiders, Fleur cries out that her unpleasant surroundings are ‘torture’.

Crawling past a huge spiders web, 51-year-old John hurls some encouragement over to his campmate.

Responding, a very distressed Fleur replied: ‘God, this is torture! Oh John, this is so horrible. Oh John! I’m trying to save you!’

Fingers crossed the pair will be able to bring home the bacon for their fellow jungle stars!

It’s been one heck of a death-defying series for Fleur – who faced her fears during the pizza-making trial and managed to gulp down the gruesome blended smoothies of the Immunity Games.

John has also had his fair share of jungle jeopardies, even having to take a brief hiatus from the camp after sustaining a leg injury.

Thankfully, the best-loved actor is back on set of the hit ITV show following the worrying incident.