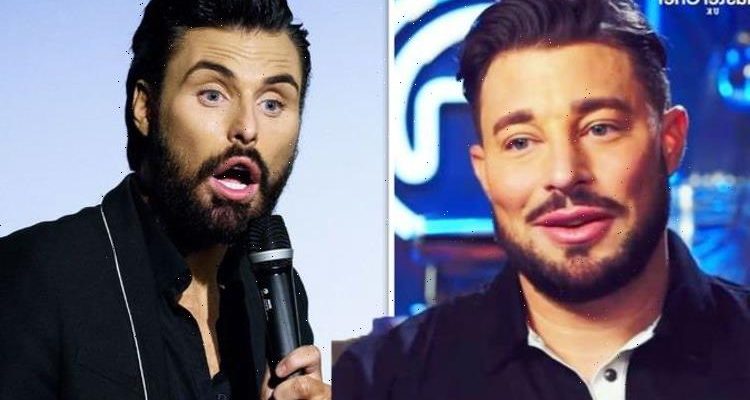 Blue singer Duncan James, 43, has taken to Instagram to poke fun at himself amid making his debut appearance on the BBC’s hit cooking show Celebrity MasterChef. After telling Good Morning Britain viewers last week that he expected to be trolled over his appearance, the star joked about doing the BBC show with “fresh Botox” before comparing his new look to that of BBC Radio 2 presenter Rylan Clark-Neal.

I think I morphed into @rylan let’s see if my cooking matches!!

Ahead of his debut appearance on the popular cooking show, Duncan cracked a joke with his 380,000 Instagram followers.

Alongside a short clip of himself and his four fellow celebrity contestants, the Blue star joked about a certain former X Factor star.

Social media was also awash with comparisons between the pop star and the former Big Brother presenter.

Another added: “Is Duncan James trying to look like Rylan?”

While a third penned: “What has Duncan James done to himself? Is he turning himself into Rylan? #CelebrityMasterChef.”

However, the star hit back by retweeting another fan’s kind post, which defended the Blue star’s appearance.

The post read: “So many horrible tweets about #duncanjames ‘s appearance.

“I stopped reading them last night as they were horrid.

“Obviously forgot the #BeKind rule! It’s about cooking ! Love you @MrDuncanJames,” it ended.

Days ago, the former member of the boyband anticipated that he would be trolled while appearing on the BBC cooking show.

Appearing on Good Morning Britain, the star told the ITV presenters that he was mentally preparing himself for the trolling he was expecting to receive following his recent weight gain and results of Botox injections ahead of the MasterChef episodes airing.

Speaking to GMB presenters, Duncan was asked about the abuse he’s received online.

He said: “It’s terrible actually. Probably after MasterChef I’m gonna get a load of abuse because I had a bit more weight on there, and had a bit of Botox before I went in.”

Revealing where he had the treatment, Duncan pinched the top of the bridge of his nose, admitting that he was still waiting for the injections to settle.

Duncan said: “So I have got a bit of the old eyebrow thing going on because it hadn’t settled.

“So one thing I’ve learned is, never go on national television with fresh botox!” he exclaimed.

Duncan, who came out as gay in 2017, also called for tighter social media verification measures in the fight against trolling.