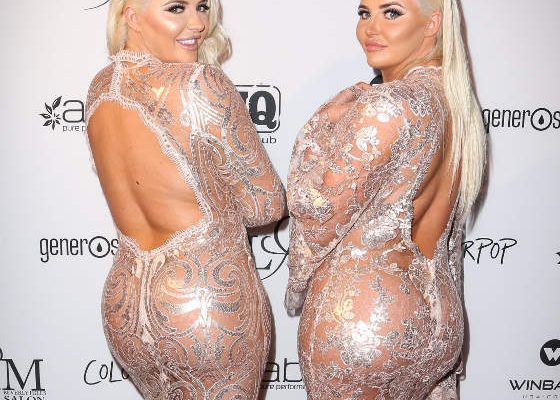 According to The Blast:

We’re told shooting dates have already been set, and everyone involved is very excited. As for the type of scenes, we’re told the girls will be shooting boy/girl, girl/girl, boy/girl/girl and all-girl group, and will be appearing in the same scenes together.

We’re told the scenes will all be “tastefully done,” and abide by all the rules and regulations to avoid any issues with siblings being featured together on camera.

I’m guessing that means they will be making eye contact while they get rammed/sucked by other people which really is a very wholesome and loving way to express the familial bond. They can probably touch butts too. They’re both working on getting their improbable asses insured for $1 million each (that’s $500,00 per cheek).

“Hef would be proud that we are reinventing ourselves just like he had done throughout his legacy!” They added, “There’s no doubt we are the closest twins on the planet!”

Well, I think Abby and Brittany Hensel would disagree but then again, they’re not fucking monsters like some twins we know…

I will never understand the fixation with sexy twins if they aren’t both Tom Hardy in Legend. But I never wanted to watch him make out with himself! Ok, maybe I did a little. I guess I’m a fucking monster too.