At ages 9 and 7, Prince George and Princess Charlotte were old enough to attend the Queen’s state funeral today, and Kate Middleton and Prince William’s two oldest participated in the procession and showed remarkable decorum during the very solemn royal event. The two arrived with their mother Kate, with Charlotte holding Kate’s hand as the family entered into Westminster Abbey.

Charlotte matched her mother in a black brimmed hat and pleated coat dress. Charlotte’s outfit contained a little but touching homage to the Queen, with Charlotte wearing a diamond horseshoe brooch in honor of the Queen’s love of horses. The Queen actually gifted Charlotte the brooch, as People pointed out. Additionally, the outlet reported it’s Charlotte’s first time wearing a significant piece of jewelry at a royal event along with a hat, which is custom for British women to wear at formal events.

The outlet reported that Kate and William carefully took their time deciding whether or not George and Charlotte should attend the procession and funeral service. They ultimately chose to let them come given they attended Prince Philip’s funeral last year. 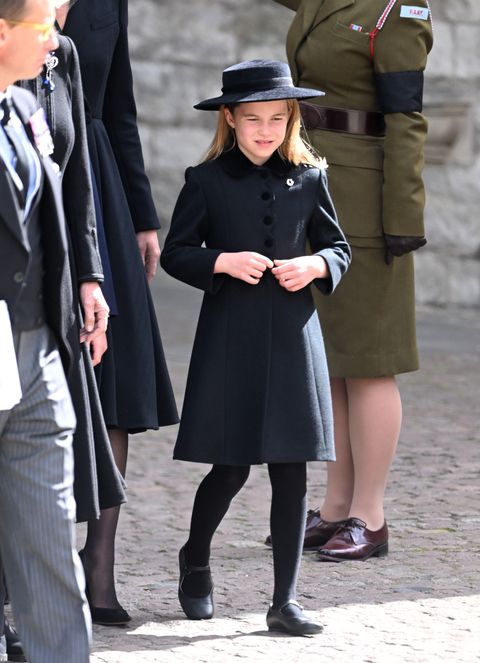 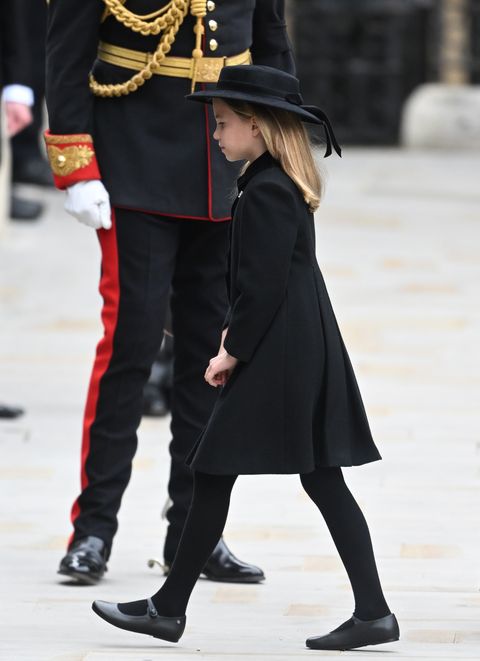 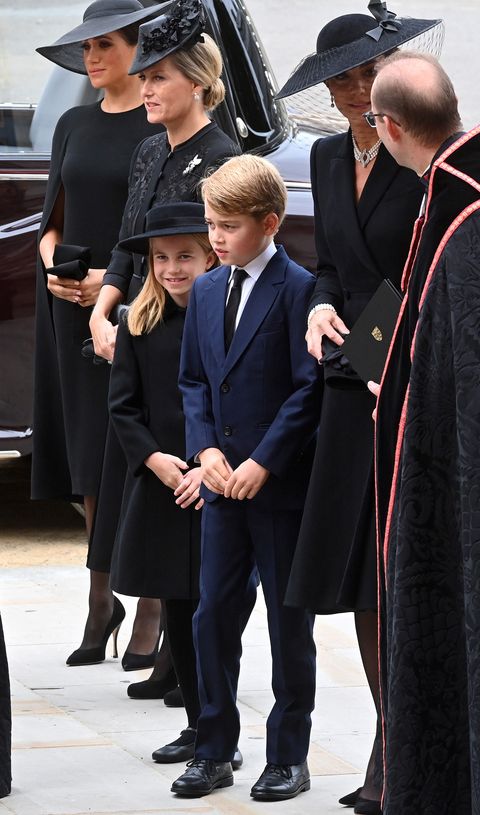 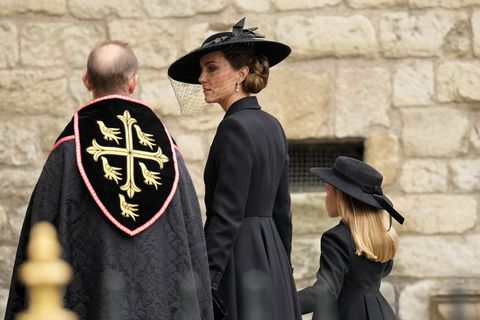 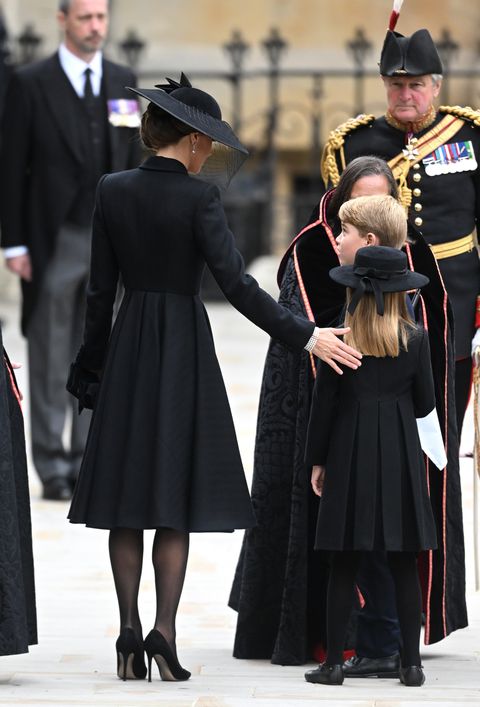 Charlotte and George’s younger brother Prince Louis did not attend the funeral due to his young age of 4. While, as Hello! reported, there is no official rule prohibiting children under a certain age to attend, their parents get to decide whether or not they can handle royal events of this type. Louis also did not attend Prince Philip’s funeral last year, making his absence today more unsurprising.

Kate spoke about how her children were coping with the news of the Queen’s death while out at Windsor Palace for a walkabout last Saturday. “They’ve all been extraordinary,” she said. “I was really sad when I found out and Louis said, ‘Mummy, don’t worry, because now Gan Gan is with great-grandpa.’”