Scott Disick and Amelia Gray Hamlin have been dating since late 2020. The two were first linked in October 2020 when they attended Kendall Jenner’s birthday party together, according to Us Weekly. Since that time, Scott and Amelia have pretty much solidified their relationship, even going Instagram official in February 2021. Since then, the couple hasn’t been too shy about hiding things. They have both made regular appearances on each other’s respective Instagram Stories, and their relationship doesn’t seem to be cooling off at all.

Earlier in June, Amelia celebrated her birthday, and shared a video of one of the gifts that she received from her boyfriend. While having dinner at celebrity hotspot Papi Steak in South Beach, Scott presented Amelia with a diamond cross necklace, according to E! News. The generous gift made Amelia emotional. She was seen wiping away tears as Scott put the piece of jewelry around her neck. However, Scott’s generosity didn’t stop there. According to People magazine, Scott has continued to shower Amelia with gifts, and the latest one comes with a pretty hefty price tag. Keep reading to find out how much money Scott dropped on Amelia’s newest birthday present. 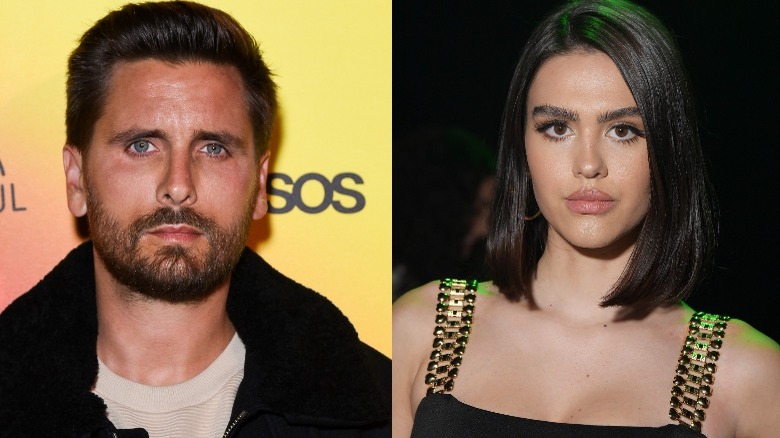 Scott Disick didn’t hold back when it came to celebrating Amelia Gray Hamlin’s birthday — and he did everything he could to make her feel special. After giving her a diamond encrusted necklace, the reality star dropped some serous cash on a signed Helmut Newton print, according to People magazine. “Considered one of the photographer’s most provocative pieces, the photo, titled “Saddle II,” depicts a model clad in tights and a blazer as she straddles a saddle resting atop an armchair,” the outlet reports, adding that Scott “bought the vintage print from the ArtLife Gallery’s pop-up in Miami’s design district using EthereumPay’s $EPAY Cryptocurrency.” It’s worth? $57,500!

According to TMZ, Amelia also went all out for Scott’s birthday back in May. While she probably didn’t spend as much money as Scott did, she splurged on a Harley Davidson motorcycle. Scott shared a photo of himself on the bike on his Instagram a couple of days later. “Check out my hog,” he captioned the snap.

However, there’s one thing that Scott got that Amelia didn’t: A birthday shoutout on Instagram. “Happy birthday my love. You light up my life, and make my world better. I can’t imagine what I would do without you. thank you for being you. The most caring, loving, special person on this planet. I’m so lucky. I’m so blessed to have met you. I love you,” Amelia captioned a series of personal photos on May 26.