Meghan Markle gave birth to her daughter Lilibet Diana on June 4, and has been “settling in at home” with her newborn, according to a statement posted on the Archewell website, as the Sussexes adjust to becoming a family of four. Meghan and Prince Harry seemed delighted to be welcoming a girl, sharing the news with Oprah Winfrey during their March 7 interview. “A girl, you know, what more can you ask for? But now, you know, now we’ve got our family. We’ve got, you know, the four of us and our two dogs, and it’s great,” Harry told Oprah, according to Page Six.

The Duke and Duchess of Sussex, who have confirmed that they will not be having any more children after Lili, are already parents to a toddler named Archie. However, things with this pregnancy and birth looked quite different than the first time around, mainly because Meghan gave birth in the United States — at a hospital in Santa Barbara, specifically. And while there once was royal protocol to follow after having a baby while living in the UK, things seem a lot more laid back this time around. This could explain why the world has yet to see baby Lili — or her parents, for that matter — since she was born. However, one of Meghan’s close friends spoke with People magazine and gave an update on how the duchess is feeling after welcoming her daughter. Keep reading to find out more.

Meghan Markle and Prince Harry are 'so happy' 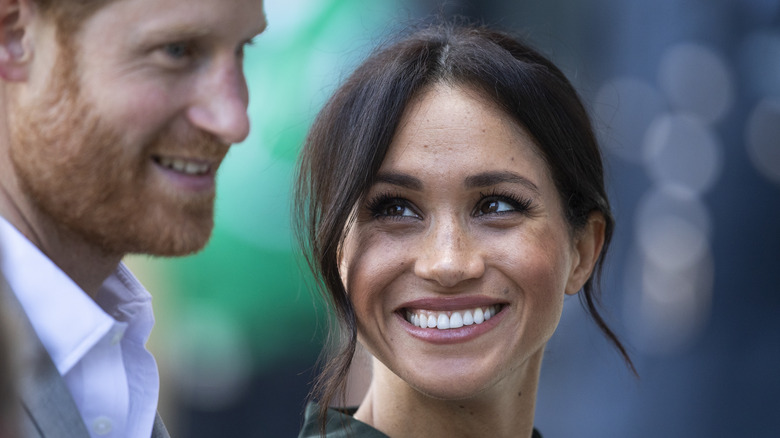 Meghan Markle is said to be doing well after giving birth to Lilibet Diana, a pal of the former “Suits” actor telling People magazine that she’s in “good spirits and absolutely glowing.” Like many moms late in their third trimester, Meghan was “just ready to have this baby,” the source added. The Duke and Duchess of Sussex are slowly but surely figuring things out, and have taken some time off to enjoy these precious moments in the privacy of their own home. “They’re so happy. This baby solidifies that they are creating roots here in the States. It’s like a clean slate – almost like a new beginning,” Meghan’s friend also told the outlet.

Thankfully, Meghan has her mom, Doria Ragland, who has come up to Santa Barbara from Los Angeles to help out with the newborn, according to Page Six. Doria flew to the UK after Archie was born in 2019, but this was a much easier trip — it is less than a two-hour drive from Ragland’s home to Montecito.