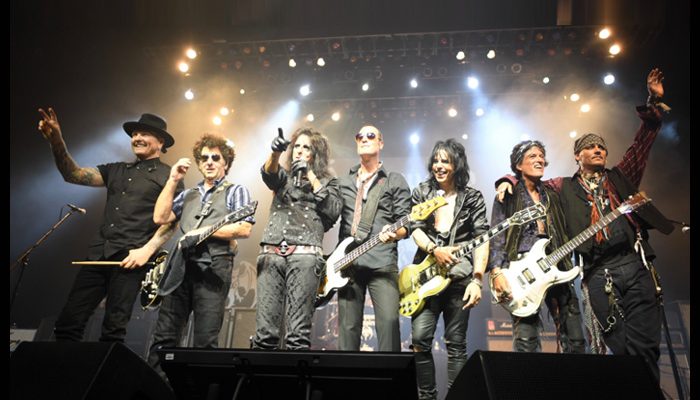 Hollywood Vampires, which consists of Alice Cooper, Johnny Depp and Joe Perry, are set to release the follow-up to their self-titled debut album on June 21 on CD, Double Vinyl and Digital.

“Rise is not only a totally different animal than the first Vampires album, it is unique to anything I’ve ever been a part of,” Cooper said in a statement.

“Because each of us has different influences, the sound of this album is very cool,” he added. “I think that with this album, we are establishing what the Vampires’ sound really is, whereas with the first album we were more tipping our hats to our fallen rock & roll brothers.”

The announcement of the new album comes as Hollywood Vampires are set to embark on a seven-date spring tour beginning with a show in Las Vegas on May 10.