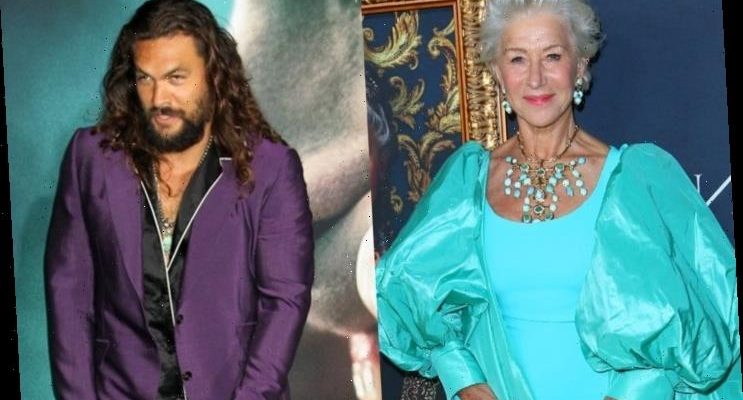 When stopping by ‘The Talk’, the ‘Catherine the Great’ actress names the ‘Aquaman’ actor as one of her current movie star crushes alongside Vin Diesel and Jason Clarke.

AceShowbiz -Dame Helen Mirren was so overcome with passion as she realised she was on the same flight as her crush Jason Momoa that she even sneaked a photo of the “Aquaman” star.

The Oscar winner admits Jason is one of her current movie star crushes, along with Vin Diesel and her “Catherine the Great” co-star Jason Clarke, and she turned into a quivering fan when she noticed the hunk a few seats away from her on a plane.

“I didn’t know him at all at that point,” she told “The Talk“. “He was with his beautiful wife… and I was with my husband, but my heart just went, ‘Oh my God, that is the most beautiful man I have ever seen in my life’. I was floored by it.”

“So I secret(ly) got out my camera – it’s terrible – and I secretly took a photo of him. Oh my God, he was so gorgeous.”

Mirren later got to spend a little quality time with Momoa when the stars were paired up as presenters at the Oscars in February.

“When they said, ‘Would you like to present with Jason?’, a dream had come true,” she gushed.