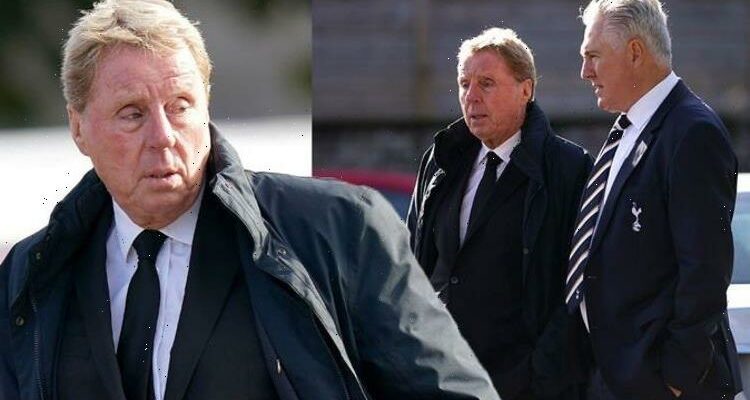 Tottenham Record Scorer Jimmy Greaves Dies At The Age Of 81

Harry Redknapp, 74, has been pictured at the funeral of Jimmy Greaves today. Jimmy died at the age of 81 on September 19.

Harry wore a dapper black suit, with a black coat while he paid his respects.

Jimmy’s funeral will be full of famous footballers, due to the lasting impact he had on the game.

He holds the record of 266 goals for Tottenham and 357 goals in English top-flight football.

When he died back in September, Spurs released a statement which read: “We are extremely saddened to learn of the passing of the great Jimmy Greaves.

“[He was] not just Tottenham Hotspur’s record goalscorer but the finest marksman this country has ever seen.

“Jimmy passed away at home in the early hours of this morning (Sunday 19 September), aged 81.

“Throughout his wonderful playing career, Jimmy’s strike rate was phenomenal.

They added: “Football will not see his like again.

“We extend our sincere condolences to his wife Irene, their four children, 10 grandchildren and great grandchildren.”

Since then, tributes have poured from fellow footballers and fans to share their condolences.

“Words cannot explain how I feel and my thoughts and prayers go out to his wonderful family. Heaven has gained our hero and what a Spurs team we have up there. Rest in peace my friend, Jimmy you are simply the greatest Spur ever COYS.”

Ian Wright posted: “The first footballer’s name I ever heard from my teacher. “No Ian! Finish like Jimmy Greaves!” May he rest in peace.”

Dan continued: “Incredible footballer and a big part of so many people’s lives.

“Very sad to hear about his death.”