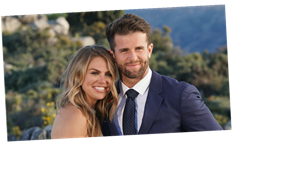 What is going on? On Feb. 18, former Bachelorette Hannah Brown’s younger brother, Patrick, posted an Instagram Story of himself hanging out with Jed Wyatt’s ex-girlfriend, Haley Stevens, and now everyone is wondering if Hannah Brown’s brother may be dating Jed Wyatt’s ex. Well, on Patrick’s Instagram Story, he wrote, "Ready to celebrate you this weekend … Bud," alongside a winking and kissing face emoji. The Story also included lyrics to Ashley McBryde’s song "American Scandal," reading, "Don’t tell me the world couldn’t handle a good old-fashioned American scandal / Hold me baby." Haley later reposted the photo of her and Patrick and wrote, "Can’t Wait, Bro." Hmm…

As you may recall, Hannah and Jed met on Season 15 of The Bachelorette and got engaged during the season finale. However, their romance didn’t last long after Hannah learned her lover reportedly had a girlfriend when he joined the show, and that person was supposedly Haley. I know, right? So Hannah ended up calling off her engagement to Jed just one month after he popped the question, and since then, they’ve both moved on and started dating other people. Jed is now in a relationship with his new girlfriend, Ellen Decker, and Hannah recently became Instagram official with model Adam Woolard on Valentine’s Day 2021. 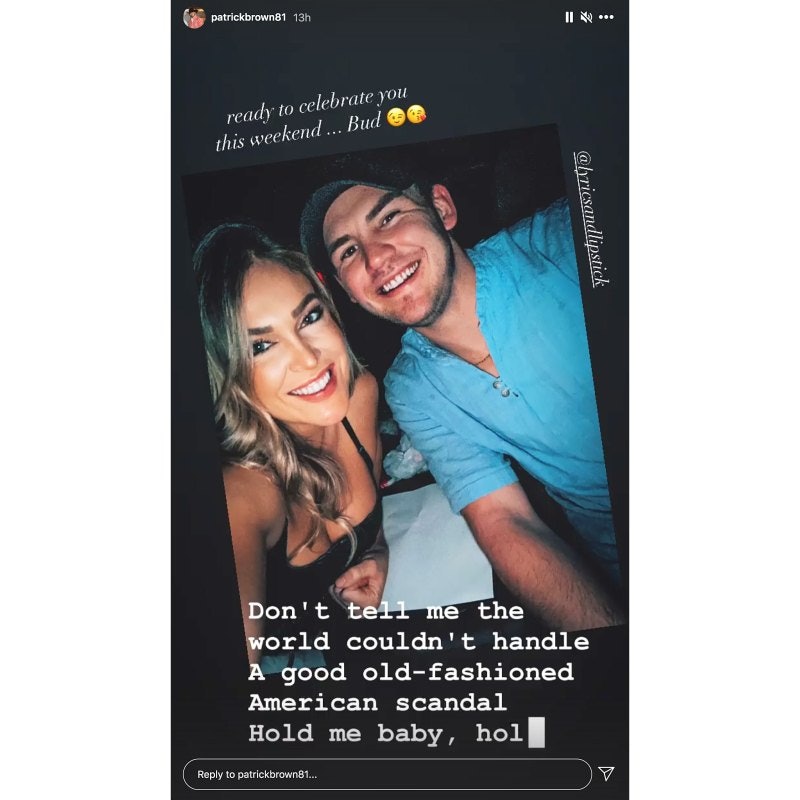 However, things are possibly heating up between the former Miss Alabama’s younger brother and Haley now that Jed is no longer in the picture — and it’s also possible Jed wasn’t the bad guy The Bachelorette made him out to be. In January 2021, Jed took to his IG Stories to claim that he never "cheated" on Hannah or Haley while they were together. "I was highly manipulated [by producers]," he said at the time. "[I was] deeply mentally affected from the show."

Back in June 2019, Haley revealed why she allowed Jed to be on The Bachelorette even though they were dating prior to the show. "As a fellow musician and as somebody that just loves this person, I’m like, ‘Why would I hold him back from this opportunity?’" she explained to Us Weekly, soon after fans learned about her relationship with Jed. "I know the premise of the show. Even though that’s not an ideal situation for our current relationship, when you’re not in it, it seems like a movie." Haley also noted she and Jed agreed to continue their relationship when he returned back home.

"In hindsight, I’m embarrassed that I let myself be on the back burner that way," she continued. "I’m still a strong, independent woman. I look back now and I’m like, ‘Why did you do that, Haley? Why did I not just walk away?’ But when you’re in the thick of it, it seems you’re doing the right thing for the person that you love."

Now that Haley and Jed are no longer together, she might find everything that she needs in Patrick. I just wonder how Hannah feels about all of this. It can’t be easy to learn your brother is hanging out with your ex-fiancé’s ex-girlfriend, but fans will just have to wait and see what (if anything) is going on between this random new maybe-couple.