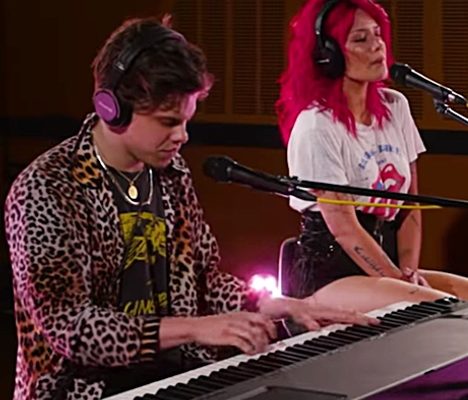 While on the show to perform a live version of his single, “Loner,” Yungblud brought along Halsey and the two performed a pretty stunning cover of Death Cab for Cutie’s “I Will Follow You Into The Dark.” The two also sat down for an interview with Triple J DJs Ben and Liam, talking about what it has been like collaborating together.

We have video of the cover and all of Halsey and Yungblud’s segments on Like A Version below.