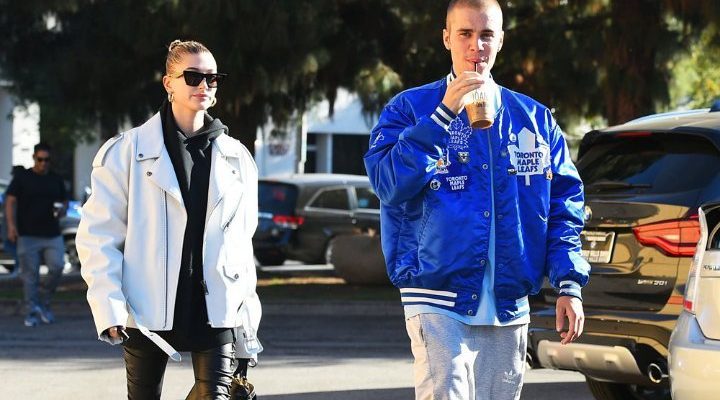 AceShowbiz -It has been reported that newlywed Hailey Baldwin and Justin Bieber appeared to have an argument during their recent outing at a park. However, the model has taken to social media to debunk the “fake news.”

The 22-year-old assured her online devotees that things are good between her and her hubby. “don’t believe what ya read on the internet folks,” the model wrote. Additionally, Hailey added a GIF that read, “FAKE NEWS.”

Of the Instagram Stories post, a fan weighed in on, “i think that people kept saying that she and Justin were getting divorced, even though none of it is true because they seem really happy with each other.”

The post arrives after Hailey and Justin were photographed looking tense while having a sunny outing at a park in Laguna Beach, California. At one point, things seemingly escalated as the “Sorry” hitmaker was seen walking away while looking upset as he covered his face.

Meanwhile, another photo saw Hailey looking sad and frustated during a conversation. She could be seen putting her hand on the Canadian heartthrob, as if she wanted to comfort her husband.

Previous report suggested that Hailey and the “Despacito” hitmaker were having “a hard time” as they had issues that they still needed to work on after being married. A source detailed that the married couple was “still having trust issues and a hard time” amid Justin’s mental health struggle.

“Justin has been very depressed and seeking private counseling and treatment and relying on his faith,” the inside further revealed. “He’s in Canada and has isolated himself. He feels like he’s treated like an animal everywhere he goes and there are always people around or paparazzi in bushes trying to take pictures of him.”

However, the source noted that it didn’t mean he’s falling out love with the 22-year-old model. “He still wants and needs her to be his wife and she wants to support him, but it’s hard when he’s going through all of this,” assured the source.