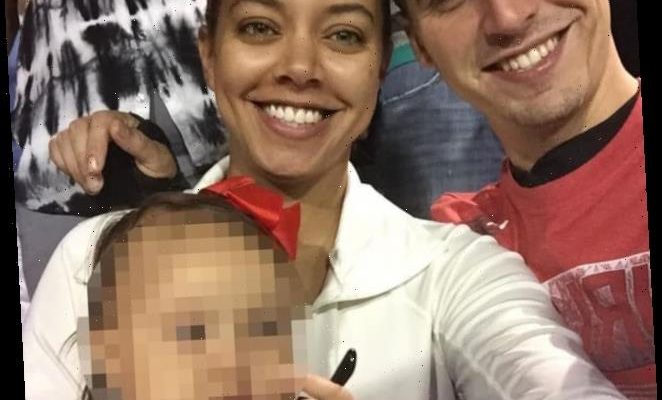 Hagen Mills, an actor who has appeared on such shows as Baskets and Swedish Dicks, is dead in what Kentucky police believe to have been an attempted murder-suicide

The Mayfield Police Department has confirmed that authorities responded to a 911 call Tuesday night, shortly after 5:45 p.m. local time.

When officers arrived at the residence, they met Erica Price — the mother of Mills’ four-year old daughter, Mila — who had gunshot wounds to her arm and chest.

According to police, Price managed to tell officers that Mills shot her… and that he was still inside the house… and that he had turned the gun on himself.

The 34-year old woman was transported to a local hospital for treatment and is currently listed in stable condition; Hagen, meanwhile, was pronounced dead at the scene.

The little girl was also inside the home at the time, the police have said, as was Price’s mother.

Neither were injured during the incident.

Investigators allege that Mills held his daughter and her grandmother inside the house until Price returned.

Upon her arrival, Price was almost immediately shot by Mills. (It’s unclear exactly where the toddler and Price’s mom were at the time of the shooting itself.)

Most recently, Hagen Mills was set to appear in an Indie film called Star Light.

According to IMDB, the film tells the story of a teen’s life turned upside down when he helps a world-famous pop star on the run to escape her violent pursuers.

Mills grew up in Kentucky, prior to relocating to Los Angeles to pursue acting in the early 2010s.

He often returned to his native state, however, partly because that’s where Price lives.

The couple started dating in 2012, and welcomed their daughter in 2016. It’s unknown when the couple split.

During his time back in Mayfield, Mills was arrested on multiple occasions:

Records from the Graves County Jail website indicate the actor was arrested for a DUI in 2016; wanton endangerment in 2017; and second degree assault in 2018.

If you or someone you know needs help, please call the National Suicide Prevention Lifeline at 1-800-273-TALK (8255).

Celebrities Who Died In 2020: In MemoriamStart Gallery