While four of the performances took place at the Dolby Family Terrace of the Academy Museum of Motion Pictures in Los Angeles, one performance was recorded in Húsavík, Iceland — Swedish pop singer Molly Sandén singing “Husavik” from Eurovision Song Contest, which she sang alongside a children’s choir. Sandén’s was the first of the five performances to air.

I’m so so so proud of Molly Sandén! She’s worked so hard and deserves this so much! #Oscarspic.twitter.com/KDKKCQ4GlK

Laura Pausini then sang a passionate rendition of “Io sì (Seen),” from The Life Ahead, with Warren accompanying her on the piano.

Celeste was next with a stirring performance of “Hear My Voice” from The Trial of the Chicago 7.

[email protected] and @DanielPemberton perform best original song nominee "Hear My Voice" from "The Trial of the Chicago 7" on the Oscars pre-show. pic.twitter.com/euESqYrYnl

Odom Jr. delivered a performance of  “Speak Now” from One Night in Miami. He is also nominated for a Best Supporting Actor Oscar for his portrayal of singer Sam Cooke in the film.

Listen, listen, listen… ? to the smooth, soulful vocals of @leslieodomjr, Sunday at the "#Oscars: Into the Spotlight" pre-show at 6:30e|3:30p on ABC! pic.twitter.com/BSUdnpaAZ1

Last but not least, H.E.R. sang “Fight for You” from Judas and the Black Messiah. The talented musician began by playing the drums while showing off her perfect vocals.

H.E.R. performing “Fight For You” from #JudasAndTheBlackMessiah at the #Oscarspic.twitter.com/0WhPgVT7A8

ET talked to Odom Jr. just moments after he found out he was nominated for Best Supporting Actor for his performance as Sam Cooke in One Night in Miami and Original Song for performing and co-writing “Speak Now” from the film.

“I have been watching movies and a lover of the cinema since I was a little boy, so in so many ways, I hope it doesn’t sound weird but it feels like the beginning of something,” he told ET’s Kevin Frazier. “This feels like I’m not embarrassing myself.”

Odom Jr. is only the fourth performer to be nominated for acting and songwriting in a single year, following Mary J. Blige, Lady Gaga and Cynthia Erivo. “It means a lot on this movie in particular. This movie meant so much to me and to all of us,” he shared. “I was just happy to be part of it. I was thrilled that I got to bring more of myself to the project. It’s deeply meaningful.”

The 90-minute celebration was hosted by Hamilton‘s Ariana DeBose and Bad Trip star Lil Rel Howery. The special highlighted the nominees’ journey to Hollywood’s biggest night, giving fans a never-before-seen sneak peek into the 93rd Oscars ahead of the show.

It was announced on April 16 by producers Jesse Collins, Stacey Sher and Steven Soderbergh that the best original songs would be performed during the pre-show special.

Additionally, after the Oscars wrap this year, ABC will air a live after-party titled Oscars: After Dark. It will be hosted by Colman Domingo and Andrew Rannells, with interviews by film critic Elvis Mitchell.

Both specials are executive-produced by Michael Antinoro and David Chamberlin, alongside producers Collins, Sher and Soderbergh.

Follow along at ETonline.com for everything you need to get ready for the Academy Awards, including how to watch the Oscars, the complete list of nominees, our predictions and more.

2021 Oscars: How to Watch, Who's Nominated and More

2021 Oscars Limit Ceremony to Presenters, Nominees and Their Guests

2021 Oscars: The Biggest Surprises and Snubs 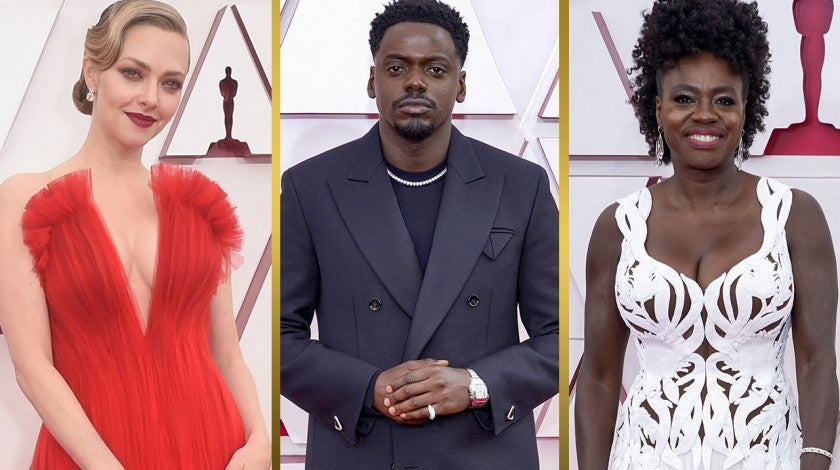