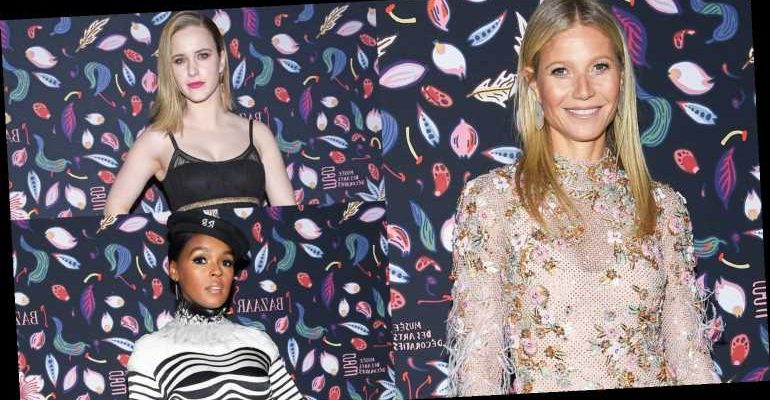 Gwyneth Paltrow is pretty in pink as she strikes a pose at the Harper’s Bazaar Exhibition celebration held as part of Paris Fashion Week Womenswear Fall/Winter 2020/2021 at Musee Des Arts Decoratifs on Wednesday (February 26) in Paris, France.

The 47-year-old actress and goop entrepreneur was joined at the event by Janelle Monae, Rachel Brosnahan, Demi Moore, Abigail Spencer, Alexa Chung and Dita von Teese who was accomapined by David Jarre.

In case you missed it, check out Gwyneth Paltrow getting into an in-depth conversation about her “This Smells Like My Vagina” candle on Jimmy Kimmel Live!