New kid on the block! Gus Kenworthy opened up about his friendship with Colton Underwood and revealed how the former Bachelor is doing after publicly coming out as gay earlier this year.

Stars at Pride Through the Years: Miley Cyrus, Luke Evans and More

“He’s a really sweet guy. I mean, he’s, like, a baby gay,” the Olympian, 29, exclusively told Us Weekly while promoting his partnership with CBD wellness company BEAM. “So he actually is kind of like a baby in this giant man’s body. He’s really just figuring out the ropes, figuring out himself. I don’t know, despite what anyone might think, he has truly the best of intentions and he’s very, very kindhearted.”

The silver medalist, who stars alongside Underwood, 29, in the reality star’s upcoming Netflix docuseries, noted that the pair met before the former football player spoke out about his sexuality in April. 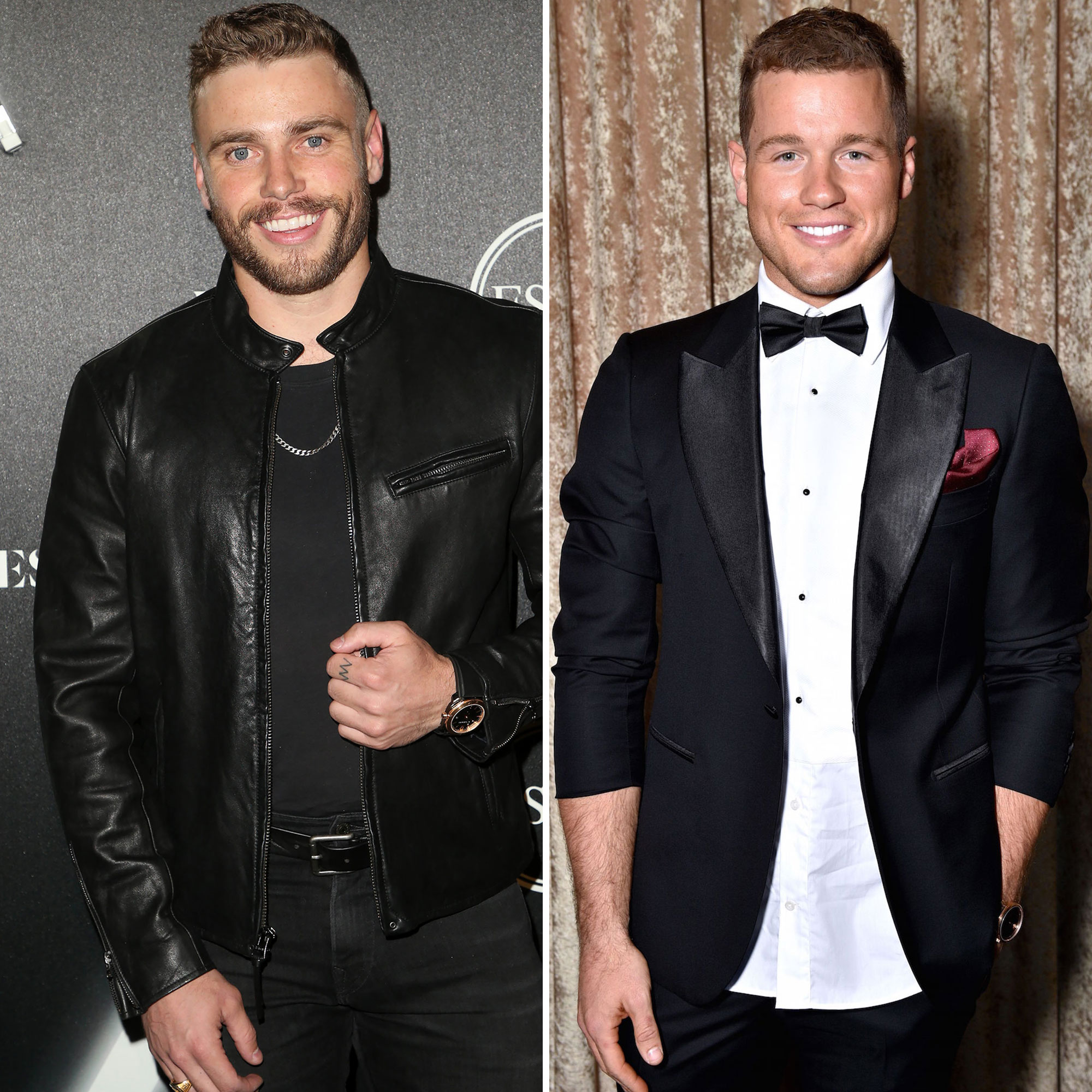 “We met four years ago or so doing a podcast in L.A. randomly. We were, like, acquainted because of that,” the British-American athlete explained. “And then [we] really became closer friends in the last like six months, with filming and everything.”

The freestyle skier noted that his friendship quickly became a topic of conversation once Underwood announced on Good Morning America that he is gay, with some people thinking they were more than just friends.

“When he came out, the [new] show was also leaked and it took things out of context. He and I both took a kind of a lot of heat online that I felt like was sort of unnecessary. And some of it I don’t even disagree with,” he told Us, noting that he isn’t dating Underwood, but he previously tried to “set him up” with someone but it “fizzled out” quickly. “People had qualms and wanted an explanation of his situation with his ex-girlfriend [Cassie Randolph]. I think that that’s totally fair and valid that people took issue with that. And I think that the show will address that.”

Colton Underwood’s Netflix Series Will Feature Him Coming Out to His Parents: What We Know

Underwood met Randolph, 26, on season 23 of The Bachelor. The Huntington Beach, California, native won the season and continued to date the former NFL player for two years before they called it quits in May 2020.

When the Indianapolis native sat down with Robin Roberts in April, he addressed his past relationship. He explained at the time that he did love Randolph, which made it “harder” to come to terms with his sexuality. “I would just say that I’m sorry from the bottom of my heart. I’m sorry for any pain and emotional stress I caused,” he said at the time. “I wish that it wouldn’t have happened the way that it did. I wish that I had been courageous enough to fix myself before I broke anybody else.”

Kenworthy told Us that Underwood’s journey to self-discovery, however, isn’t something that others should judge — even though he’s in the limelight.

“It’s sort of not fair for people to be hypercritical of him in terms of his coming out, because everybody’s coming out was difficult in one way, shape or form,” he said. “Whether they came out really young, whether it was assumed that they were gay, whether it was assumed that they were straight, each one of those comes with its own difficulties. And I think that people oftentimes go through that struggle. It sort of feels like you’re drowning sometimes. And then you get through that and you climb up the ladder.”

The English-born skier noted revealed that he thinks “people are too quick to pull up the ladder” after someone makes a big statement like Underwood did.

“There’s other people that still need help and Colton was one of them and his coming out will certainly inspire other people and help other people,” Kenworthy added. “And the more representation we can have is for the better, it’s just going to make it easier.”

The California resident, who came out as gay in 2015, also teased what fans can expect to see when Underwood’s show premieres.

“It’s about Colton’s journey, but he spoke with lots of people in the [LGBTQ+] community during his coming out process to try and get perspective and a better understanding of the community that he was joining,” Kenworthy said. “And that is not just me. It’s not just cisgender white gay men. He talked to a lot of people and there are people that will sort of play a large role in the show because they had a big impact on him. It’s trans folks and it’s people of color and it’s not just me.”

While Kenworthy and Underwood are just friends, the actor told Us that his pal is “on the apps” including Tinder and Grinder. “He’s out. He’s single. He’s cute,” he added.

Kenworthy, for his part, is focused on his current role as BEAM’s global ambassador.

“I think it’s incredible that the cannabis plant is getting explored more and CBD is such a wonderful thing that is in so many products nowadays. But I think that BEAM does it the best,” he told Us. “They have a sleep powder and also a capsule that I use pretty much nightly, and I just sleep really well when I take it. Sleep is, like, honestly, the most important part of training. It’s your entire recovery time. It’s when your muscles get to rebuild, it’s when your body gets to rest. I’m thankful for the product and its great people at the company.”

With reporting by Joe Drake