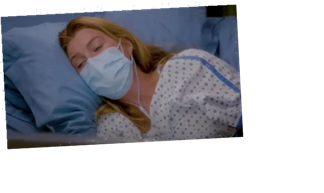 The unfortunate news was dropped on Thursday’s new episode of Grey’s Anatomy as our titular hero continued to meet her deceased husband in a series of vivid dreams.

Patrick Dempsey promised he would be back for multiple episodes, and it sure seems like he’ll be around for a while yet.

Meredith’s nearest and dearest struggled to come to terms with the bombshell news that Meredith was infected with the virus she was trying to save so many patients from.

“How is she feeling? Any body aches, increased fatigue?” Teddy asked at the beginning of the episode, with DeLuca by her side.

But Meredith is was adamant about not rolling over and wanted an active part in her survival.

“Why don’t you ask me yourself?” Mer yelled at Teddy, before claiming to feel better because she should be discharged to give someone else the bed.

The series is zeroing in on the pandemic that has left thousands of people dead.

Things took a devastating turn when Meredith was found collapsed by her bed, but she was back in McDreamland.

Despite calling out each other’s names, they can’t seem to get together on the beach. Yep, the series is starting to drag this whole thing out.

Meredith is pulled out of the dream by Maggie, who calls out her name.

“I was just trying to take a couple of steps, but I couldn’t make it,” an out of it Meredith tells Maggie, before opening up about the dreams. “I want to go to the beach.”

Meredith is sent for an MRI because of the dreams, and it seems Teddy and DeLuca are rethinking their plan of attack.

We should’ve got scans hours ago,” Deluca insisted, but Teddy countered that Mer was fine earlier, highlighting how quickly the virus can change.

Maggie worried about Teddy handling the case because of what was going between her, Owen, and Koracick.

“We both know what happens when a patient’s lungs start to look like that, they could turn on us at any moment,” Maggie said.

“I need you to swear that no matter what you have going on in your personal life, you have this,” Maggie tells Teddy,  “Because I can’t be her doctor, I have to be her sister.”

If you watch Grey’s Anatomy online, you know Teddy’s personal life is crumbling after her affair with Koracick.

Owen still won’t talk to her, and neither will Koracick, it seems. In a truly jaw-dropping twist, we learned that Koracick had tested positive for the virus, and Owen got to tell him the news.

When we returned to the beach, Meredith was upset.

“Derek, why can’t I get anywhere?” Meredith wondered.

“You’re worried about the kids,” he said, to which Meredith, replied, “I don’t understand.”

When we returned to the hospital, Meredith was fretting over who should make decisions for her if her health deteriorated.

Meredith chose Alex, but Bailey was unimpressed by the decision.

“I know what Alex Karev means to you. I know he would have your best interests at heart but he is halfway across the country and we can’t even travel yet,” Bailey complained.

“God forbid this thing is any worse, he might have to make decisions regarding your care and you know those decisions can be rough over the phone. You need to pick someone local.”

“Amelia can’t even decide what’s for dinner. Maggie, she doesn’t know when it’s time for someone to die she has a hard time letting them go,” Meredith said.

“So at least Alex can pull the plug if I need him to.”

In the end, Meredith asked Cormac what he thought, and he told her to choose someone who would always choose her, before stressing that she needed to “get some rest.”

“I’m afraid,” she shockingly revealed. “If I fall asleep, I’m afraid I might not wake up.”

In a closing scene, we returned to the beach. Mer was still trying to get closer to Derek.

“You can walk too, you know,” she said to the love of her life.

“Wouldn’t make a difference,” he replied.

“Because the sand isn’t real Meredith.”

You said it wasn’t real! I hate you,” yelled, prompting the following response from Derek, “You love me. God knows I love you. I’ll be right here when you’re ready.”

What the eff is going on?

We have a two week wait in store because Grey’s Anatomy returns December 3. 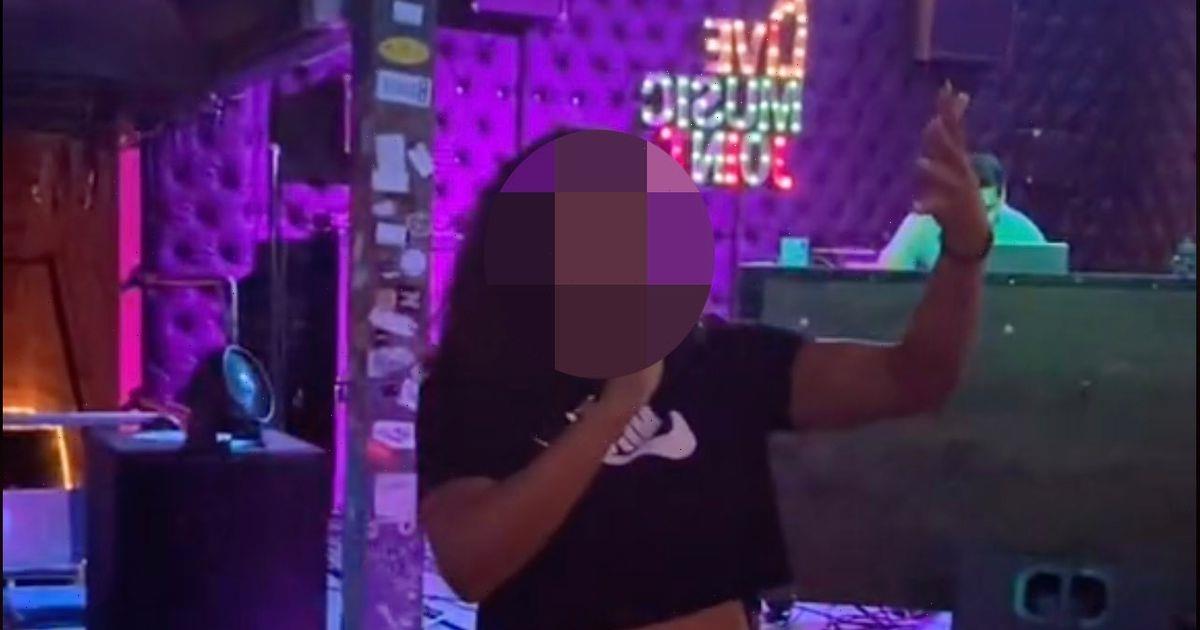