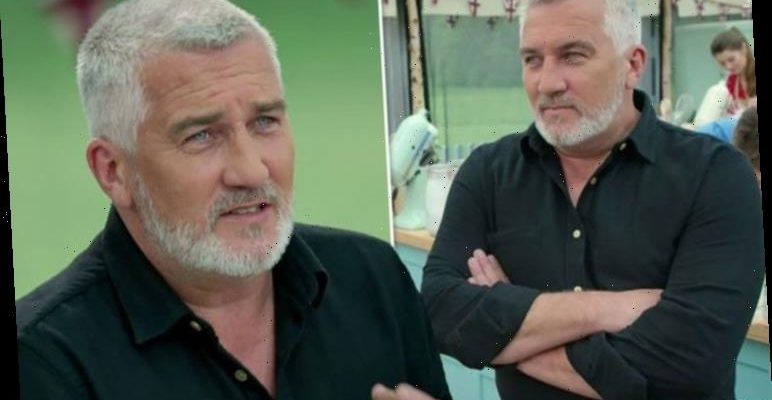 Paul judges the baking enthusiasts on the Channel 4 show alongside 79-year-old Prue Leith.

When asked how the judges were off-camera, she said: “He could be really funny, you could hear him cracking a joke.

“He was funny and that’s what surprised me about him, he’s got a good a sense of humour.

He was funny and that’s what surprised me about him

“He’s serious, but at the same time like I say he can be amusing even with the judging. They cut that out they don’t show it.”

She added: “I think they want him to look as serious as he is because that’s his persona isn’t it?”

Last year, Paul and Prue voted Karen and Terry Hartill out of the show in Spice Week.

Karen claimed the baking expert addressed the decision when they reunited in the final, won by Rahul Mandal, 32.

“When Rahul won, we had a big hug and he said: ‘Have you forgiven me yet?’” she recalled laughing.

Karen Wright went on to discuss the rules she claimed bakers had to abide by during her time on the show. 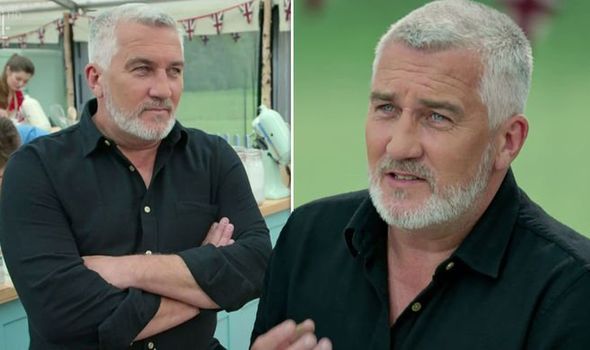 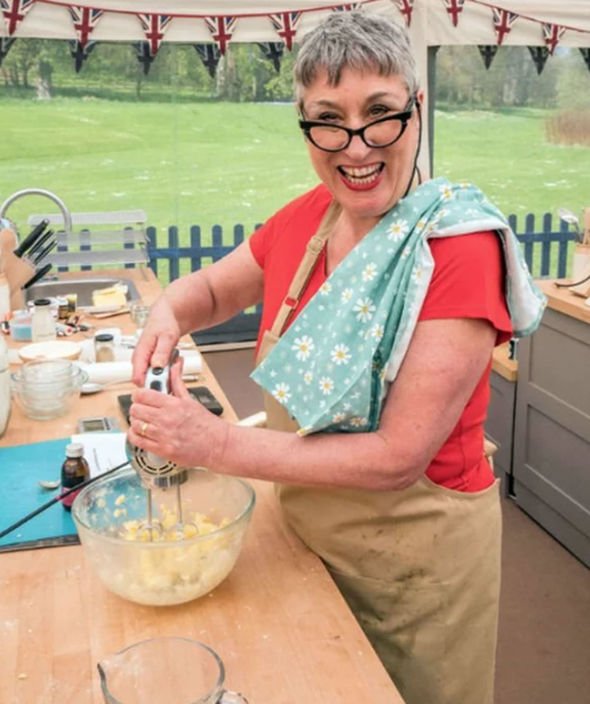 The baker said contestants are asked to hand in their phones before they enter the famous tent to avoid any cameras being snuck in.

Explaining the alleged rules, she said: “The main thing is no mobile phones, so you can’t sneak a camera in.

“It was like a phone policy every morning, [is this right, not sure it quite makes sense?] you had to hand it in and you got it back when you got on the bakers bus back to the hotel.”

As well as this, Karen said the bakers are told to wear the same clothes for filming.

She added: “And the old clothes one where you had to wear the same clothes every day.” 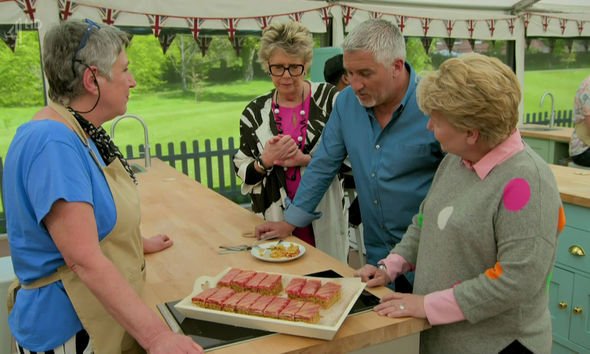 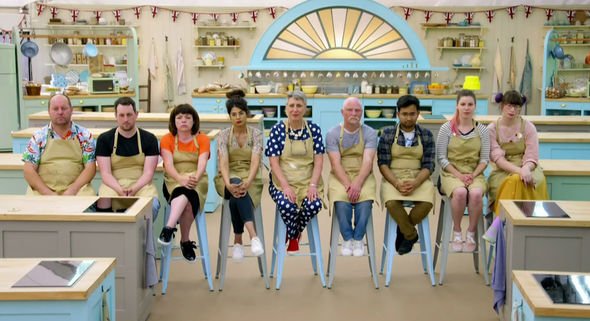 Karen went on to say she had previously heard there is a strict “no talking” policy on particular challenges, but insisted this wasn’t the case last year.

“No one was told we couldn’t talk,” she explained.

“I’ve heard other bakers from previous years say that technical challenges are very strict and they were told they couldn’t communicate in any way with the other bakers.

“I don’t remember being told not to, having said that I don’t think I was very helpful person, I was in my own world, I think I was I was focusing on what I was doing.

Tonight, the six remaining contestants will battle it out in Festival week.

The Great British Bake Off continues tonight at 8pm on Channel 4.