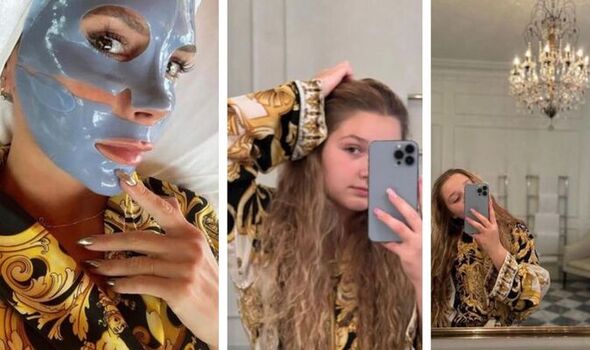 Victoria Beckham shared photos of herself and daughter Harper in Versace

Victoria Beckham’s daughter Harper, 11, seemed keen to prove that she matched her fashion entrepreneur mum in the style stakes when she donned exactly the same outfit for a series of mirror selfies.

“I don’t know where she gets it from!” Mum-of-four Victoria jokingly exclaimed of her only daughter as she shared a snap of herself in the same clothing.

The item that had been captivating both Spice Girl turned high fashion icon Victoria and her youngest child Harper was a black Versace outfit featuring a gold rococo style print all over it.

Harper let her long blonde tresses cascade loosely around her as she held her phone up in the mirror to capture her latest dress-up session.

Meanwhile fans answered Victoria’s rhetorical question by assuring her: “She got it from her mama!” 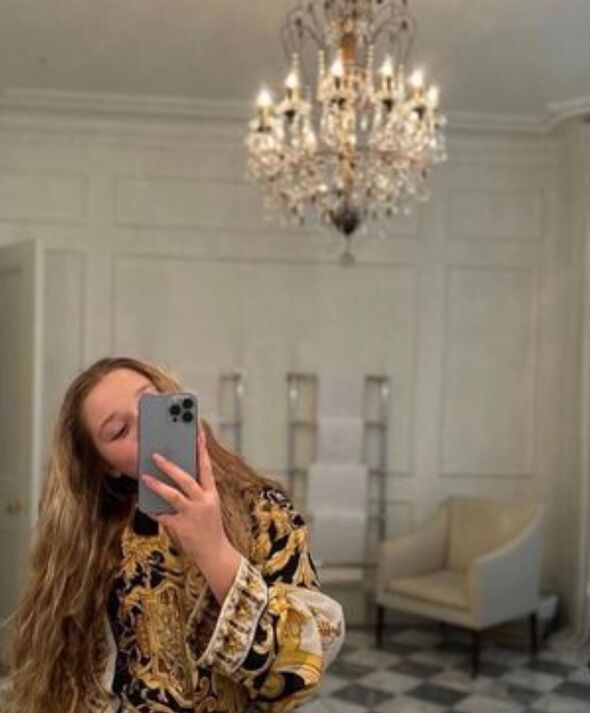 Harper Beckham was keen to emulate her fashion designer mum as she posed in the same versace outfit, while the glitzy chandelier in her photo added an elegant touch 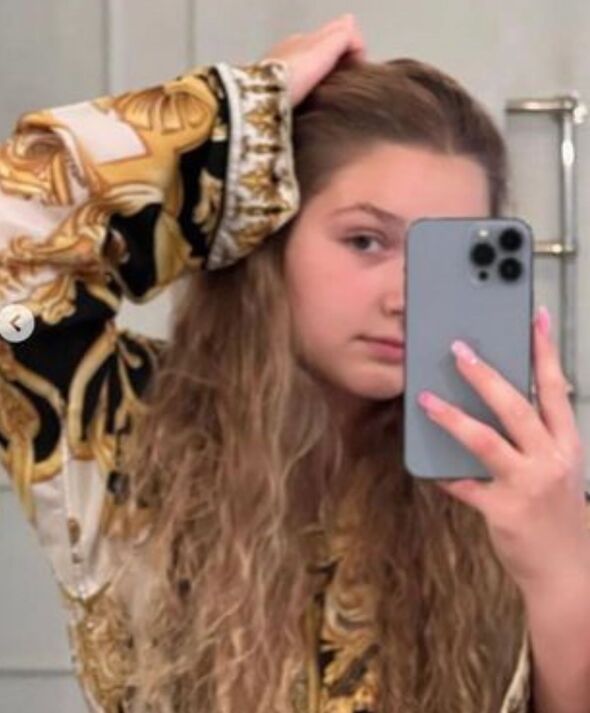 Harper Beckham in her close-up 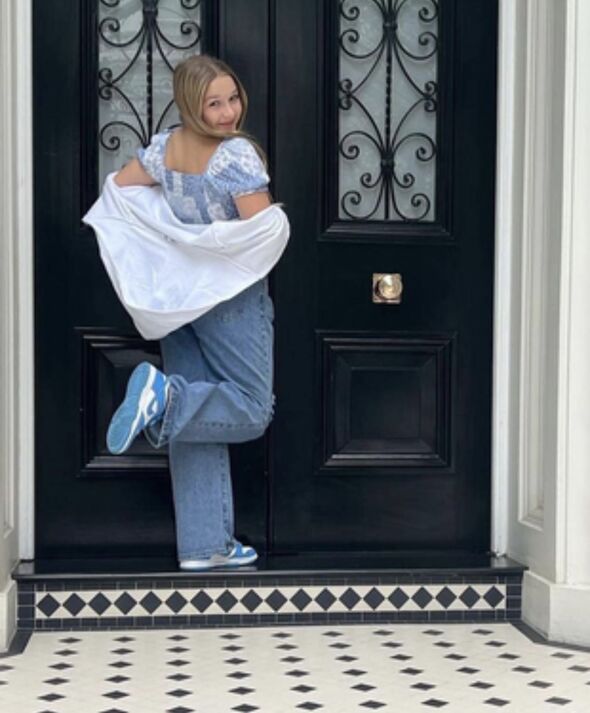 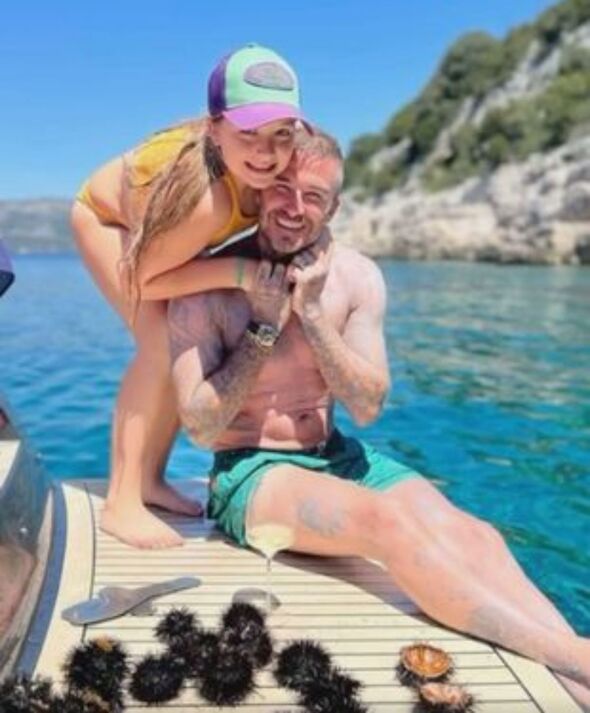 Harper Beckham and dad David on their holidays

Harper Beckham is currently on holiday with dad David in Croatia, taking advantage of the heatwave to soak up some sun 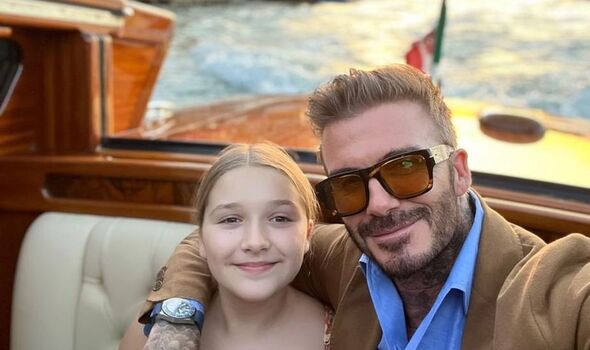 Harper Beckham with her dad

Harper Beckham is a true daddy’s girl, having also recently taken a holiday with him to Venice 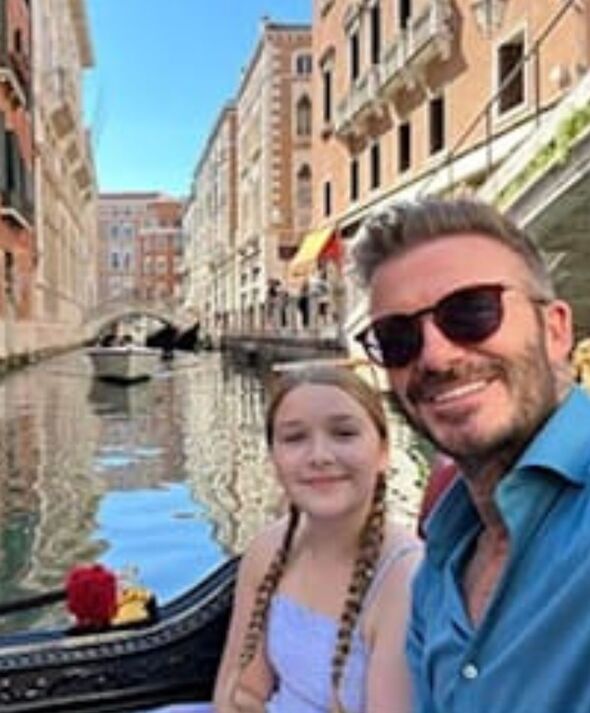 David Beckham also took Harper to Venice in Italy earlier in the year, when the pair enjoyed some father-daughter bonding time as they indulged in a boat ride on the canal