Since launching its ads platform in 2012, the Google-owned navigation app Waze has run ad campaigns for several local and big-name advertisers. Now, it’s trying to become a bigger advertising platform.

“It’s really about coming of age and being clear on our value proposition,” Suzie Reider, managing director of Waze Ads, said at a company briefing with reporters last week. “We do one thing incredibly well, which is getting people to locations.”

Waze also integrated with Google’s buy-side ad server Campaign Manager, which lets buyers measure their Waze campaigns against other buys for reach and frequency; and partnered with IRI to measure in-store sales lift for packaged goods.

Finally, Waze is increasing its play for out-of-home budgets. Waze has been making the rounds with agencies in recent months and offering them incentives to spend more with Waze through its Display and Video Incentives Program, a media buyer told Business Insider.

Palatnek admitted that he was “in a major education phase” with agencies, acknowledging that while a lot of buyers used Waze personally, its product and advertising were new to them.

“One of the first things I say is, ‘We’re not in here to tell you not to buy OOH. We are here to tell you to keep buying it, but utilize Waze as a complement,'” he said. “Traditionally, when you’re trying to reach somebody in a car where you have a captive audience… you have radio, and then there’s OOH. We view Waze as the third leg of that trifecta.”

Business Insider obtained slides from pitch decks that Waze has recently used to sell the platform as “digital OOH” to US ad agencies. The decks tout Waze’s audience — 30 million monthly active users in the US and 115 million around the world — and detail how it views the role it plays in OOH advertising, along with examples from brands such as Ikea and Disney.

Here’s how Waze is pitching itself to OOH advertisers: 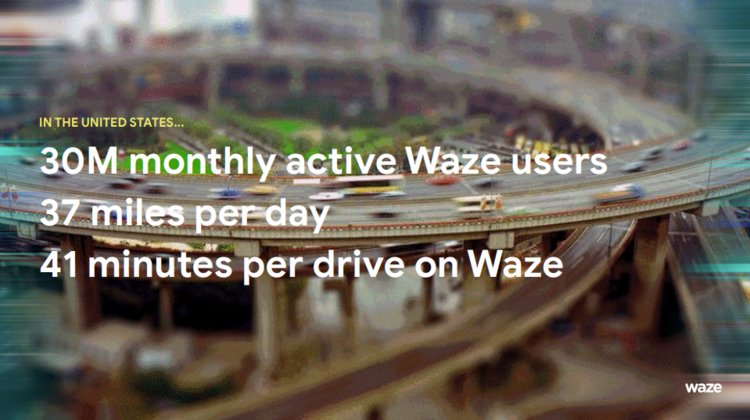 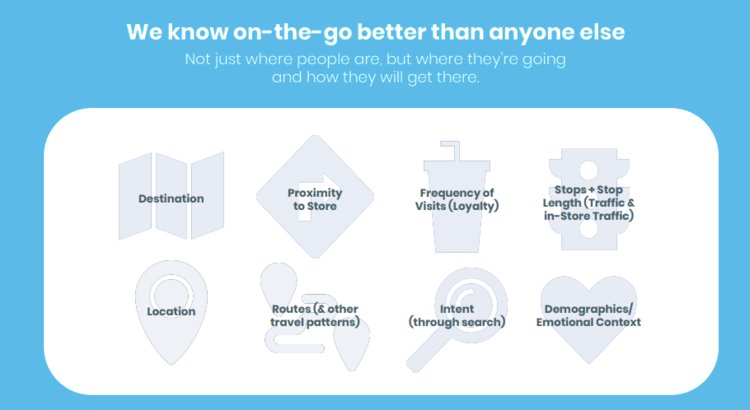 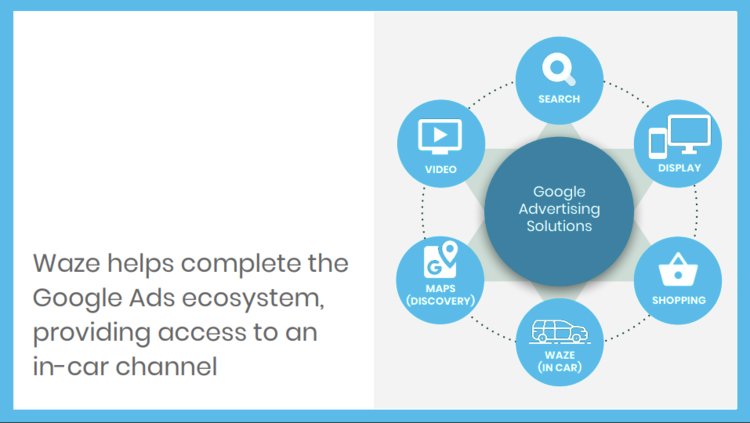 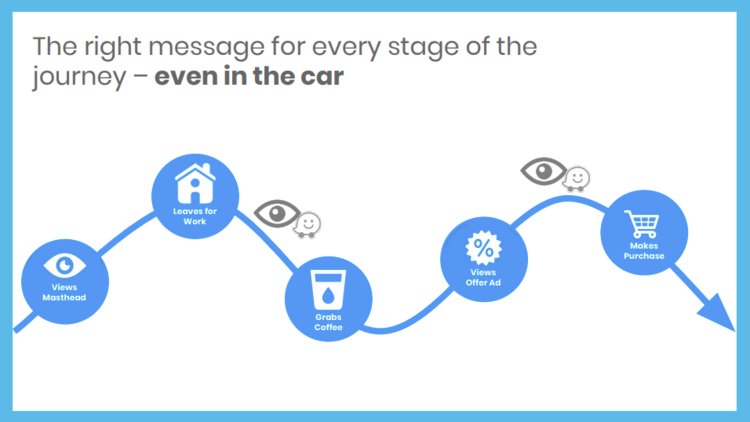 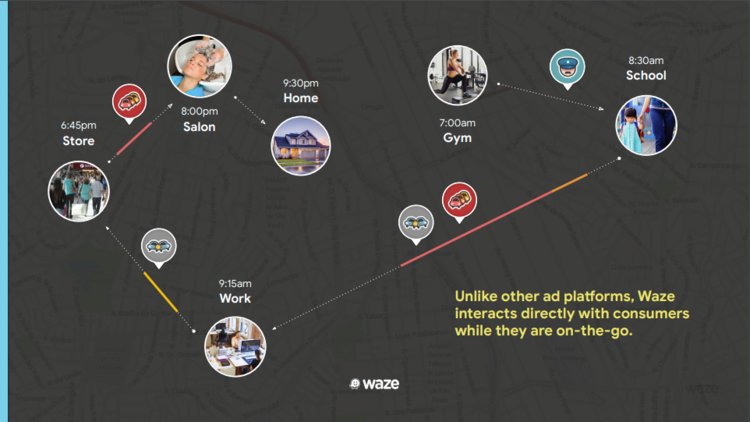 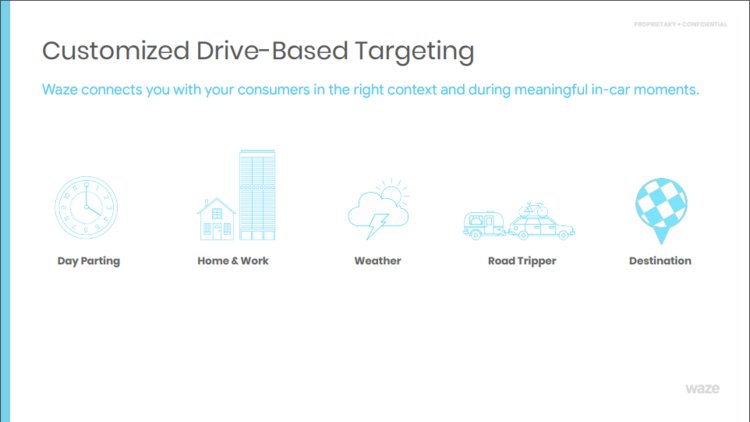 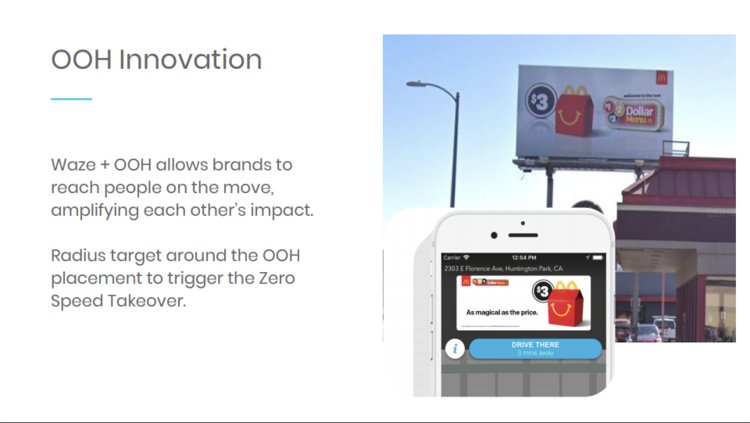 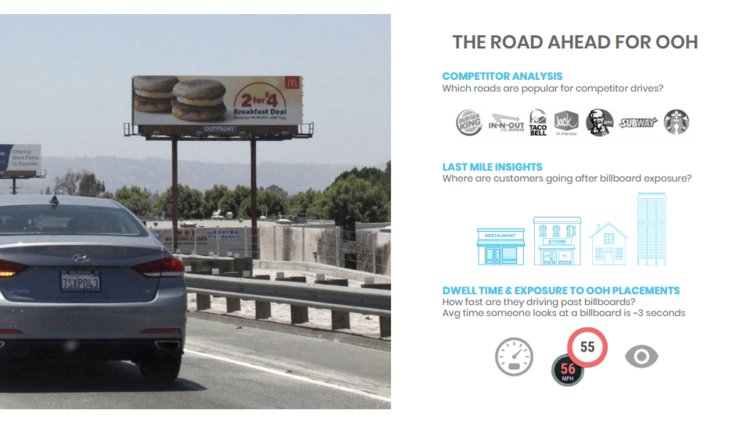 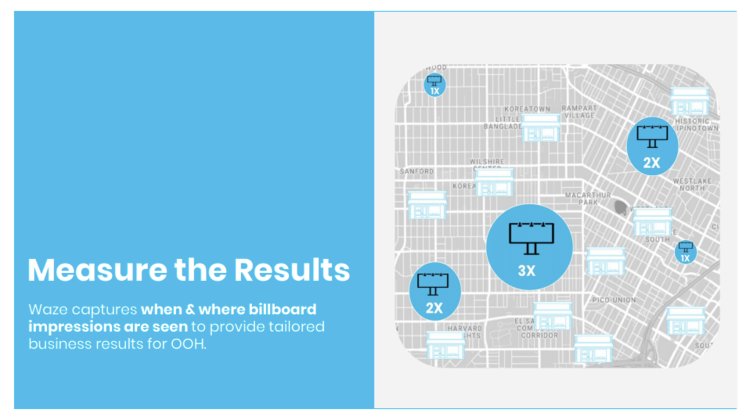 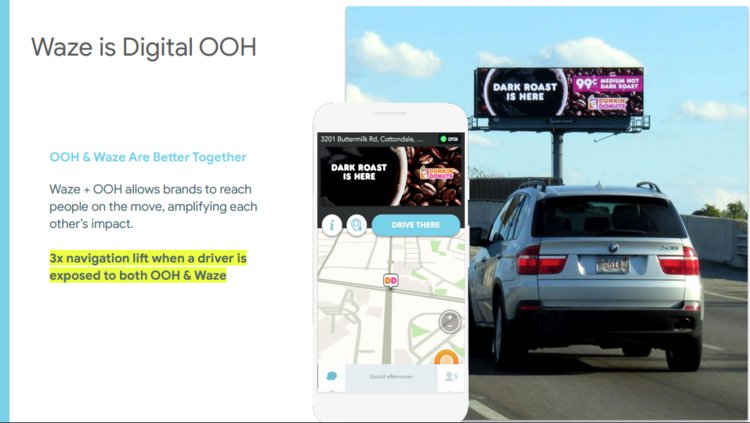 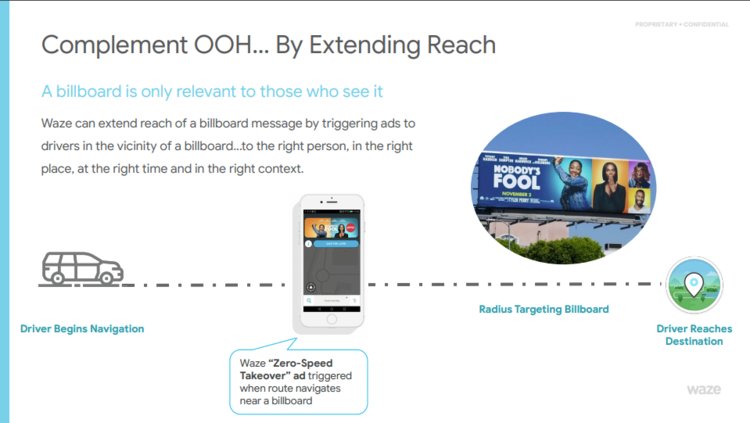 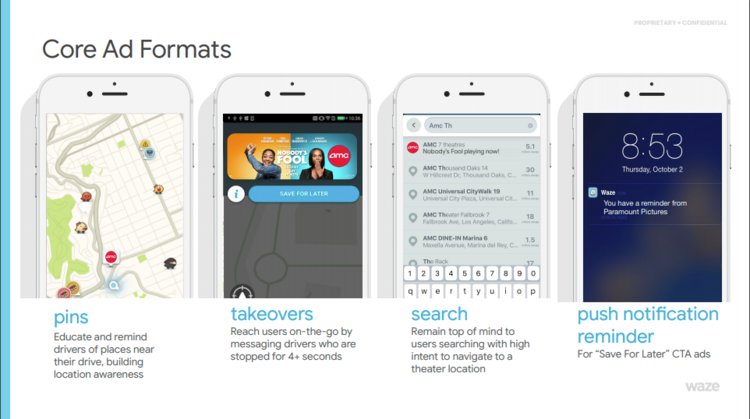 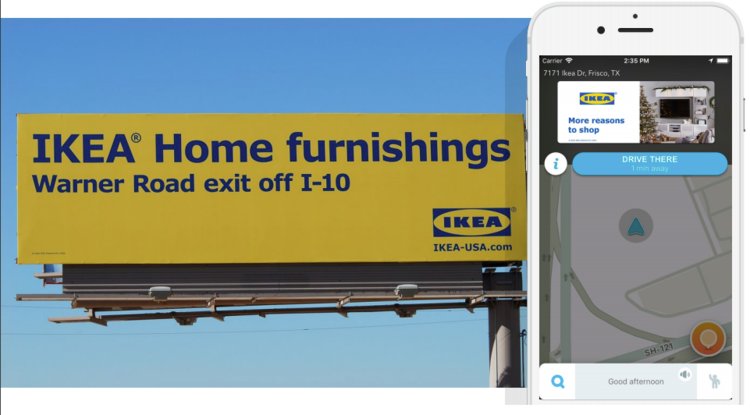 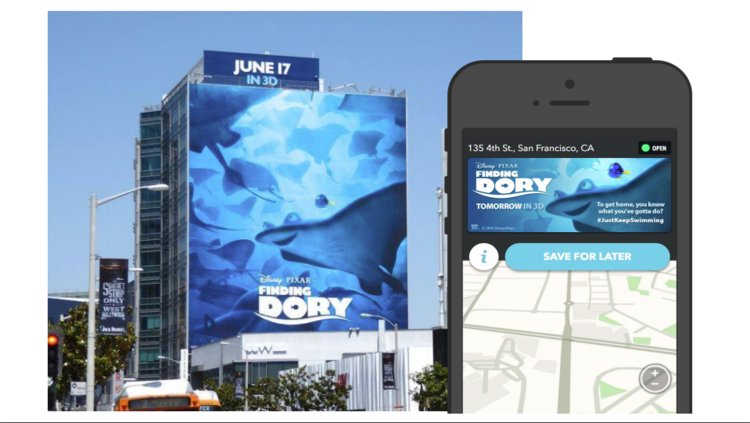