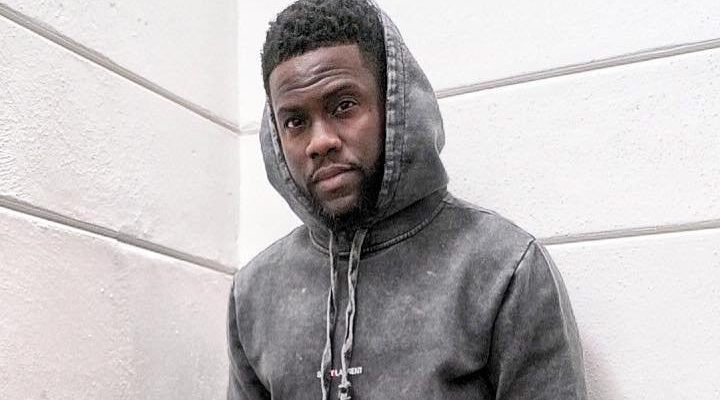 AceShowbiz –
Kevin Hart‘s response to the backlash he faced over his old homophobic jokes has drawn mixed responses. While the “Ride Along” star has decided to step down from the 2019 Oscars hosting duty, some think he should’ve stayed on as host.

GLAAD President Sarah Kate Ellis says in a statement to EW, “Kevin Hart shouldn’t have stepped down; he should have stepped up.” Ellis explains, “Hart’s apology to LGBTQ people is an important step forward, but he missed a real opportunity to use his platform and the Oscars stage to build unity and awareness. We would still welcome that conversation with him.”


Ellis additionally expects that the Academy would fix the issue with Hart’s replacement. “The Academy has recently made significant strides in featuring diverse talent onstage and they should now double down on that commitment as they look for a new host,” she adds.

Echoing the sentiment, fellow comedian Tony Rock says Hart made the wrong decision by removing himself from the Oscars. “I don’t think he should’ve stepped down from hosting the Oscars,” Rock tells TMZ. “I think he could’ve did more good and made the biggest stance, by hosting it and making a statement on that platform.”

Rock additionally imagines that the world would be a better place if people stop being so sensitive about jokes. “Gay people … at some point you gonna have to accept being made fun of,” he says, before explaining, “To be embraced in society is to be able to have other members of society to poke fun at you.” He adds, “If you’re offended and you need an apology, I understand.”

On the other hand, Jamie Lee Curtis, Billy Eichner and Kathy Griffin put the blame on Hart. The “Halloween (2018)” star writes on Twitter, “Homophobia is not positivity,” in reference to Hart’s statement in which he said, “All I do is spread positivity.”

Eichner weighs in on the issue on his own Twitter post, “A simple, authentic apology showing any bit of understanding or remorse would have been so simple. Like I tweeted a few weeks ago, Hollywood still has a real problem with gay men. On the surface it may not look like it. Underneath, it’s far more complicated.”

He writes in another post, “Wow. Just…wow. Does he realize he signed up to host the OSCARS? You wanna tweet ‘jokes’ about gay bashing your own son I guess that’s your choice but at the very least, KNOW YOUR AUDIENCE!!!”

“On a serious note,” Eichner adds, “I’ve been around in this business for a minute. As one of very few openly gay men in comedy who’s fortunate enough to work as much as I do, I will ALWAYS fight for my LGBTQ community to get the respect we deserve. ALWAYS.”

He, however, says that he appreciates Hart’s apology and “apology accepted.”

Meanwhile, Griffin admits she’s not thrilled with Hart’s apology. “F**k him,” she says after a long pause, adding, “It was lame.”

Hart announced his removal from the 91st Academy Awards on Thursday, December 6 after initially refusing to apologize for his offensive remarks in the past. I have made the choice to step down from hosting this year’s Oscar’s….this is because I do not want to be a distraction on a night that should be celebrated by so many amazing talented artists,” he wrote on Twitter. “I sincerely apologize to the LGBTQ community for my insensitive words from my past.”

The Academy has not released a statement regarding Hart’s exit nor announced his replacement.