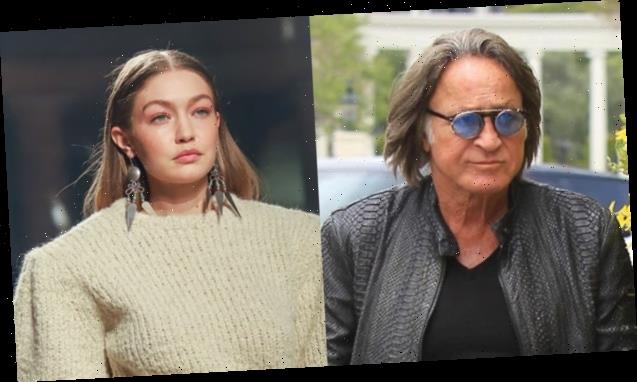 Mohamed Hadid gushed that he would do ‘anything’ for his ‘dear’ grandchild in this touching, handwritten letter to daughter Gigi’s baby — also revealing if she gave birth!

Mohamed Hadid, 71, shared a sweet letter for his grandchild-to-be — leading fans of his pregnant daughter Gigi Hadid, 25, to believe she had given birth! Speculation was further amped up by Zayn Malik‘s longtime music producing duo MakeYouKnowLove posting that they had become “uncles” on Sept. 16. It turns out the posts were all a tease, though, as Mohamed confirmed Gigi has not given birth just yet.

“No not yet,” he commented back to a fan who asked, “Did Gigi give birth to her baby, please can anyone answer.” The comment was made on a post of a sweet letter the real estate mogul made for Gigi’s baby with boyfriend Zayn, 27. “Hello little grandchild, it is me, my heart as happy as can be,” he wrote in elegant cursive, posting a photo of the note for his 1 million Instagram followers. He added an adorable doodle of a heart with an arrow, writing “Grandpa’s Heart.”

‏بسم الله الرحمن الرحيم ‏بالسلامة يا حبيبتي يا جيجي. In the name of God the The merciful I want to say l love you and so proud of you. @gigihadid

“I wish for you the sun and moon, I wish for you a happy time,” Mohamed penned. “Know that Grandpa’s always near, I’ll do anything, anything for you my dear. When I heard you were on the way, I smiled and wiped a tear away. I cried the tear because I knew my heart would always belong to you,” he signed off.

“In the name of God the The merciful I want to say l love you and so proud of you. @gigihadid,” he captioned the post, leading fans go wild with the theory that Gigi and Zayn’s baby had arrived! “Did Gigi give birth to her baby, please can anyone answer,” one fan posted in the comments, while others simply began congratulating the Maybelline model.

“PPL SAY GIGI GAVE BIRTH, IM CRYING OMG, BC THE MOHAMED LETTER AND ZAYN’S COUSIN REPOSTED! @zaynmalik @GiGiHadid AAAAAAAAAAAA OMG OMG I KNEW IT! ITS UNCLEAR STILL,” another fan gushed on Twitter. Of note, Mohamed is already a grandfather to Coco and Colton, who are children of his eldest daughter Marielle Hadid, 40.