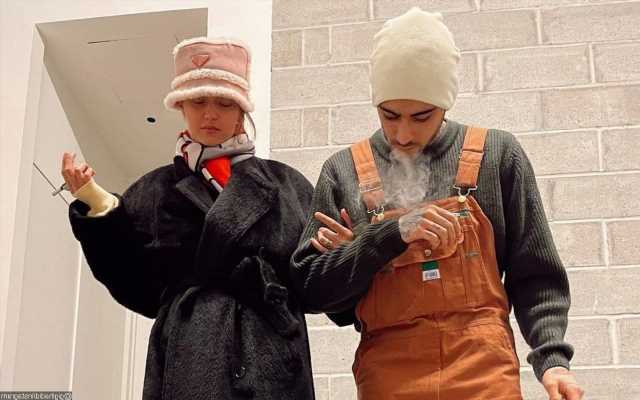 The supermodel and the former One Direction singer reportedly ‘have met with lawyers separately’ as they both want to make sure they can sort out the custody situation with their daughter, Khai.

AceShowbiz –Gigi Hadid and Zayn Malik are reportedly trying to be “civil.” If a new report is to be believed, the supermodel and the former One Direction singer are discussing custody over their 14-month-old daughter Khai amid “tense” family dispute.

“It’s a tense situation,” a source close to the Hadid family unveiled. “Gigi and Zayn are broken up, but intend to co-parent Khai in a peaceful and healthy environment. They are working out custody details. They are in contact over Khai and making decisions for her.”

A source close to Gigi further explained that the 26-year-old model and her partner “have both met with lawyers separately.” The insider added, “They both want to make sure they can sort out the custody situation with Khai and both feel entitled to custody of her.”

“She needs space. They have been in communication and have been working on how they will continue to co-parent, but it’s very tense right now,” the informant detailed. “They do both want what’s best for Khai and are trying to be civil.”

In the meantime, Gigi’s family is reportedly “trying to stay out of her way but also feels very protective and wants the best for her.” While fans are hoping for a potential reconciliation, it’s said that Gigi “is done with Zayn for good.”

“[Yolanda Hadid] is very distraught about what happened especially after everything she has done for Zayn and how welcoming she has been,” the source close to Gigi said. As for now, Yolanda, Gigi and Bella Hadid “have been staying together in NYC and have truly been supporting each other. They have a great family support system and are glad they have each other to lean on.”

“The whole family wants Gigi to be done with Zayn for good,” the source close to Gigi added. The so-called inside source further stated that “they have seen this behavior before and think it’s unacceptable.”

The source close to the Hadid family echoed, “Everyone is sad that things got so ugly and took this turn.” The source stressed, “In every family there is drama and emotions run high, but they feel Zayn crossed a line and he needs to be accountable.”

This all began after Zayn allegedly pushed Yolanda into a dresser during a heated argument. The “Pillowtalk” crooner also allegedly called “The Real Housewives of Beverly Hills” alum a “f**king Dutch s*ut” and ordered her to “stay away from [his] f**king daughter.” The 28-year-old singer then “adamantly” denied the accusations, though he pleaded no contest to four counts of harassment.

After the alleged incident, a source claimed that “there’s no love lost between Yolanda and Zayn.” A friend of Zayn also informed that Zayn and Gigi’s relationship “was a super toxic” one. The twosome reportedly called it quits shortly after the heated exchange.

Shortly after the scandal, Zayn was dropped from his record label, RCA Records, as many suspected that the singer has been increasingly smoking “extremely strong” cannabis. Multiple sources explained to the New York Post that the “Vibes” singer’s excessive weed consumption has been going on since his early days in One Direction. But rather than leaving him feeling relaxed, he’s been “paranoid” and “aggressive.”

“Zayn feels like life is out to get him,” an insider revealed. “He genuinely finds it hard to deal with the level of fame he had, and that comes out as if he’s ungrateful and arrogant. If he was a bit more open about talking about his issues, I think that people would warm to him.”