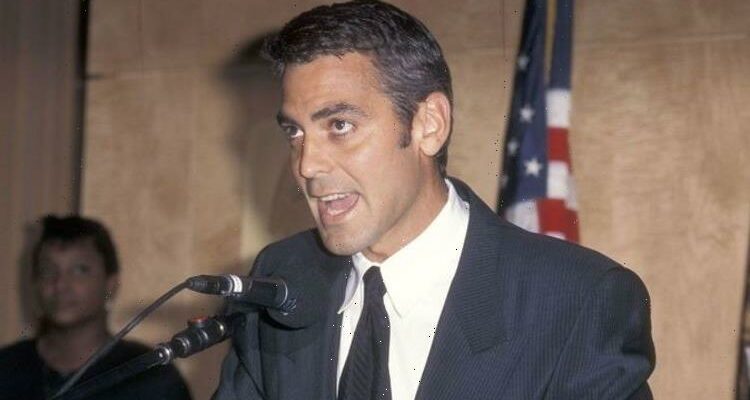 Prince Harry, 36,  and Meghan Markle, 40,  are known to mix amongst A-listers, as well as the Duchess’s longstanding friendship with Serena Williams, the couple’s celebrity neighbours include Orlando Bloom and Katy Perry. Mr Clooney and his wife Amal Clooney were also guests at the Duke and Duchess of Sussex’s royal wedding in 2018 while that summer, the newly-weds also jetted to Lake Como to spend time at the Clooneys’ lavish home, according to the unauthorised biography Finding Freedom. Since Harry and Meghan made the unprecedented decision to step down from senior royal duties they have moved to California, nearby to the celebrity couple.

On their friendship, Mr Clooney said: “We live not far from one another and we have dinners and stuff.

Yet, before the Oceans 11 star was friends with the prince, he gave an impassioned speech to a group of reporters slamming tabloids, and their reporting in the aftermath of Princess Diana’s death in a Paris car crash.

The actor specifically directed his anger toward Steve Coz, the then editor of American tabloid the National Inquirer.

He said: “Ask this to the self-appointed spokesman Stephen Coz, Princess Di is dead and who should we see about that?

“The driver of the car? The paparazzis? Or the magazines and papers who purchase these pictures and make bounty hunters out of photographers?

“Legitimate newspapers such as the LA Times and Network News should draw a clear line in the sand.

“Do not use tabloids as a source, you define the difference, do your job, inform responsibly.”

Mr Clooney had just starred in the critically panned, but internationally famous Batman & Robin in 1997, and was himself, receiving much paparazzi attention.

He added: “And as for you Mr Coz and your colleagues, I wonder how you sleep at night.

“You should be ashamed.

“What ethics. Your cover of your magazine this week says, ‘Di Can’t Get Enough Sex.’

“It’s on the stands still.

“I also watch as you take your position on CNN, saying as long as there’s a market for this, that you are just supplying the goods.”

Listen to We Interrupt This Broadcast on all major podcast platforms.