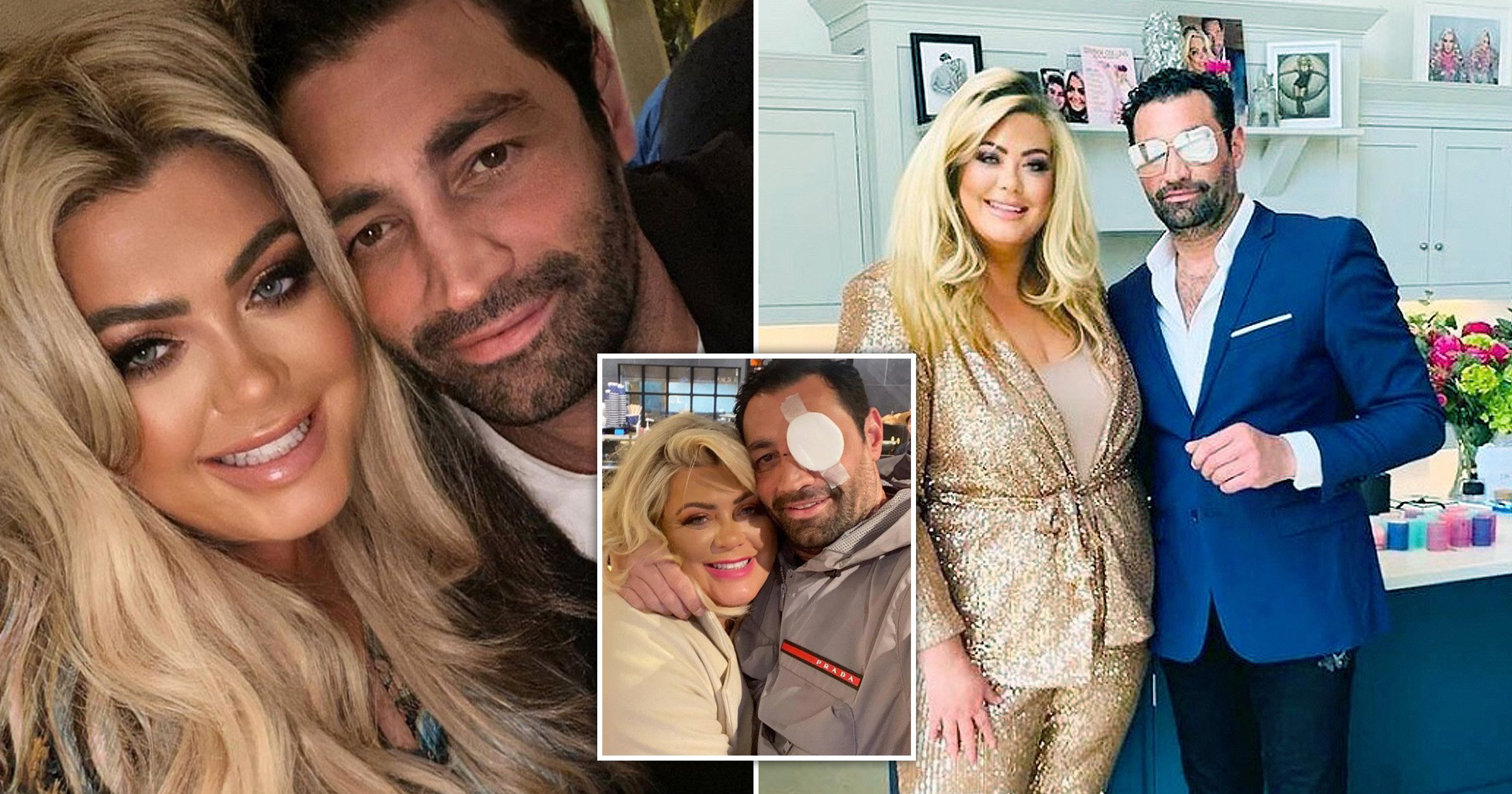 Gemma Collins has shared an update on fiancé Rami Hawash’s eye after he suffered a serious accident at work.

The reality star, 41, has been looking after Rami since the accident at the start of April, but revealed that his eyesight in that eye still hangs in the balance.

Speaking about how solid their relationship is since they rekindled it, Gemma told Metro.co.uk: ‘Fate always brings you back. I’m lucky he’s very supportive because I have got such a busy career and you need a man with confidence really, that can understand my life.

‘It is a lot sometimes, I’m not gonna lie but I have to juggle that home balance, you know, because when you’re a single girl you can just get up and go. I was on the go all the time.

‘I’m with a guy that doesn’t actually need me 24/7 which is great, but he has really taken a massive, massive shock with his eye accident and I’ve sort of had to be a nurse.

‘In the morning I’m a nurse, then I go off and sing for Chicago, then I come back and I’m bathing his eye, sticking blankets on him every minute of the day, plus I’ve had to water the plants in my garden, get food shopping in.’

Rami had been left needing an operation on the eye after injuring that and his nose in a serious accident at work, and Gemma admitted the injury had affected him emotionally as well as physically.

Gemma explained: ‘He’s really shaken up – he’s been in excruciating pain as he had his operation last week.

‘We hope that he’s going to get the sight back in his eye, but I did reassure him that if he went blind or if he was going to lose his eye, that I’m still going to be with him because you don’t think about all those things.

‘As a man, he’s a good-looking man and he’s had a shocking accident and we still don’t know if he’s going to gain full sight in his eye, plus the eye has dropped down so it’s changed aesthetically.

‘But I said don’t worry, I love him with an eye, without an eye, whether or not he gets his sight back. So there’s been a lot going on emotionally as well, but we make sure to support one another.’

Gemma has been the perfect cheerleader to liven Rami’s spirits while he recovers as she added: ‘Obviously it’s someone’s self esteem – he’s been through a lot.

‘You don’t usually think about men and what they’re thinking, because as women we’re probably more concerned about what we look like. So I’ve had to be a TV reality star, Chicago star, counsellor, self-esteem builder… ‘

The GC, who has partnered with Durex for their new collection, also joked: ‘As soon as his eye’s healed, we will be using the full Durex collection, don’t worry about that! If his eyesight doesn’t come back, we’re still going to use it!’

Together, they are hoping to smash the taboos around talking about self-love, which Gemma believes more people should talk about with their friends.

She revealed: ’It’s always part of a chit chat I have with the girls. We don’t make a big deal about anything that is said – it helps to talk about everything in an unforced way, maybe over a glass of bubbles. It’s just a normal part of life, let’s talk about sex, baby!’

Durex and Gemma Collins have partnered to launch its new range of vibrators, normalising self-love and de-stigmatising sex toys.