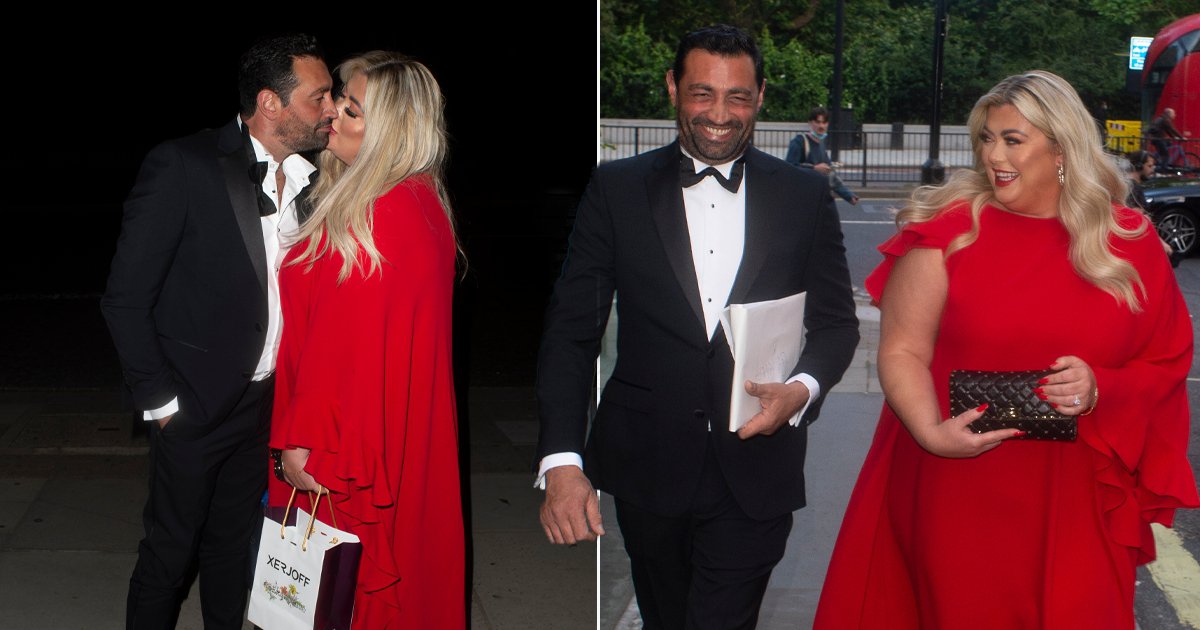 Gemma Collins may be the new face of Durex but she won’t be using the products herself — she is busy trying for her first baby.

The Only Way Is Essex star, aka The GC, said she and her boyfriend, motor mechanic Rami Hawash, 45, will treat their offspring ‘like royalty’ if their dream comes true.

Posing with a selection of condoms for the Durex campaign The Roadmap To Sexual Satisfaction, Collins told Metro: ‘I am trying to have a baby. I have been with my partner for a while, we don’t use condoms now.

‘I am 40 years old but if I was back out on the dating scene then I’d definitely be using one.’

Turning to her hopes of becoming a mum, she added: ‘The baby is going to be adored. I haven’t had a baby yet, but I speak as if I have as I am trying to cosmic order it up.

‘I am going to be a chilled mum and I am not going to force my child into doing anything. It’s going to be so happy for me. The child is going to be like royalty.

‘I have a fabulous partner now who I am very, very happy with. And he is good-looking. The child is going to be fabulous and amazing and I can’t wait.’

Collins may have lived in the reality show spotlight, but cameras won’t be invited into the delivery room.

As for singles wanting to reconnect after lockdown, she pointed out: ‘If everyone wore a mask all this time they can pop a condom on.

‘We had a roadmap to get out of lockdown, this is a roadmap out of sexual satisfaction.’

The former Towie star reconciled with businessman Hawash earlier this year after they were previously engaged in 2013.

Further praising her partner, she added to The Mirror: ‘Me and Ram, at the end of the day, that fire, that passion – it’s always been there.

‘I’m ready to go all the time. I’ve got plenty of energy. I’m good to go whenever the mood takes.’

She said: ‘This person I’m with absolutely adores me and never puts me down – he doesn’t speak bad to me. I’m his queen and we’re very happy.

‘I’m delighted. I’m the happiest I’ve ever been. I’m very in love.’

The former Dancing On Ice contestant revealed their relationship has ‘always been very passionate’ which she’s ‘never experienced [before]’ – a statement which could rub her ex James ‘Arg’ Argent up the wrong way.

Collins and Argent had dated on and off for several years after meeting on Towie in 2011. They split in 2020 after a turbulent few months, which included Arg making cruel jibes about her weight and Collins exposing the text messages online.

However, they’ve gone their separate ways allowing Collins to find her way back to Hawash.

Earlier in July, the couple enjoyed a lavish dinner date at Lancaster House where they were spotted locking lips.

Collins stunned in a red flowing gown as they left their hotel and fans even spotted that she had a ring on her ring finger, too.

Hawash, who owns a car mechanical repairs company in Romford, Essex, looked suave in a black dinner suit as the couple headed to charity fundraiser A Starry Night In The Nilgiri Hills.