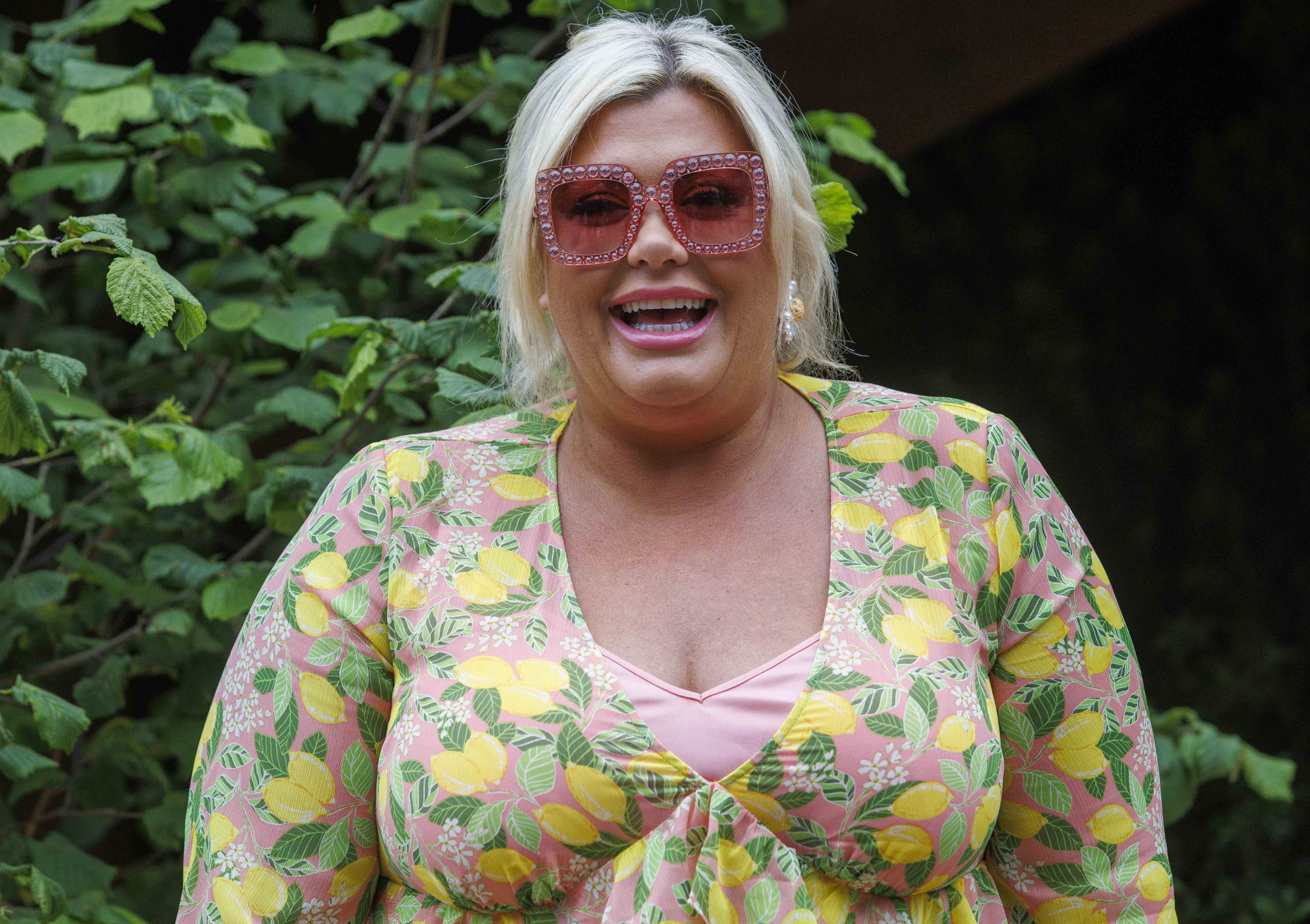 The heatwave is here and the celebs are making the most of the sun, with the likes of Gemma Collins and Amanda Holden digging out their pool floats and bikinis.

Temperatures reached record-breaking highs in the UK this week, hitting 40°C for the first time ever according to the Met Office.

As a result of the heatwave, extreme weather warnings were issued and ambulance services were put on red alert, as there was said to be a danger to life.

Millions of us have been slathering on the suncream and gulping down bottles of water in a bid to stay safe and cool, but there’s also been time for the stars to top up their tans.

The GC herself has been living it up in her garden, whacking out the BBQ and enjoying a summer feast with close friends.

Not wasting a single moment of the sun, she had the sun loungers out and paraded around her pad in a leopard print bikini from her own clothing collection with New Look.

In an Instagram video promoting the swimwear range, the former Towie star said it was ‘amazing for the sun’, also urging fans to ‘please, please, please, put on your suncream’.

She went on to show off her beautiful garden plants which are in full bloom, reminding her followers to water their own plants, with hers thriving after being watered at 7am.

The reality TV icon wasn’t the only one soaking up those sun rays, with Amanda Holden nailing heatwave living by reclining in a swimming pool with a unicorn float.

Topping up her vitamin D, the Britain’s Got Talent judge has been enjoying a getaway in Sicily, complete with boat trips and a whole load of sunbathing.

Amanda had us all green with envy as she shared a chilled snap from her trip, showing off the crystal waters of her villa’s pool and green surroundings.

While her destination isn’t as hot as it has been in London, she’s certainly living the life of luxury and oh what we’d give to be in a pool right now!

Someone who hasn’t been dealing with the heat very well, on the other hand, is Rylan, who remains a constant mood tbh.

The Celebrity Big Brother winner said what we’ve all been thinking as he shared a snap of the 37.5°C on his thermometer, writing simply: ‘P**s off’.

His venting didn’t stop there, as Rylan shared a voice message on Twitter after waking up this morning, saying: ‘Urgh, it’s proper warm, innit? Jesus.’

Honestly, Rylan, we feel your pain.

One person who’s had a different way of coping with the heat is Paddy McGuinness, who’s resorted to eating ice lollies in just about every location.

Sharing a hilarious, yet relatable, video to social media, he filmed himself wearing his sunglasses and licking a lolly underneath the shower, saying: ‘Oh boy, living the dream!’

He captioned his post: ‘Whatever it takes! 🥵🥶😎👍,’ with followers joking that they might take tips from him.