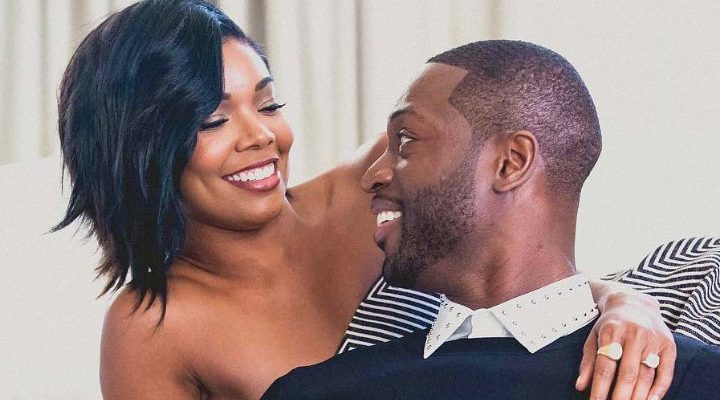 AceShowbiz –
Basketball star Dwyane Wade became deeply concerned about the health of his actress wife Gabrielle Union as they continued to pursue their baby dreams after suffering multiple miscarriages.

The couple welcomed daughter Kaavia James via a surrogate mother last month, but before successfully expanding its family, Gabrielle underwent extensive in vitro fertilisation (IVF) treatment, only to endure “eight or nine miscarriages,” news she first shared in her 2017 memoir, “We’re Going to Need More Wine”.


Despite the heartache of her failed pregnancies, the “Bad Boys 2” beauty refused to give up hope – although her husband Dwyane admits he began to question how much of a toll it was taking on Gabrielle’s body.

“It came to a point where I started to feel a certain way about that (continuing to try) because I didn’t want something to happen to her and it was getting dangerous,” he tells Oprah Winfrey, in a clip on breakfast show “Good Morning America“.

The stars opened up about their journey to new parenthood in upcoming U.S. TV special “Oprah at Home with Gabrielle Union, Dwyane Wade & Their New Baby”, and in another preview of the interview, the athlete explains how disgusted he was with the backlash they faced after announcing their child’s arrival with a series of touching hospital photos online.

Some critics attacked Gabrielle, claiming the images gave the impression that she had given birth to Kaavia herself, but Dwyane puts the ignorant comments down to a lack of education about surrogacy.

He says, “I think for me, the most hurtful thing was once we had our baby and everyone started to talk about, ‘Why is she (Gabrielle) in a bed holding a baby? Why she got a gown on? Why she acting like she just had a baby?’ and it’s like, once again, people are uneducated on the process.”

A previous teaser for the chat had shown Gabrielle breaking down in tears over the nasty remarks.

Fans will get the chance to see the full interview on “Oprah at Home with Gabrielle Union, Dwyane Wade & Their New Baby” when it debuts on Saturday, December 08.