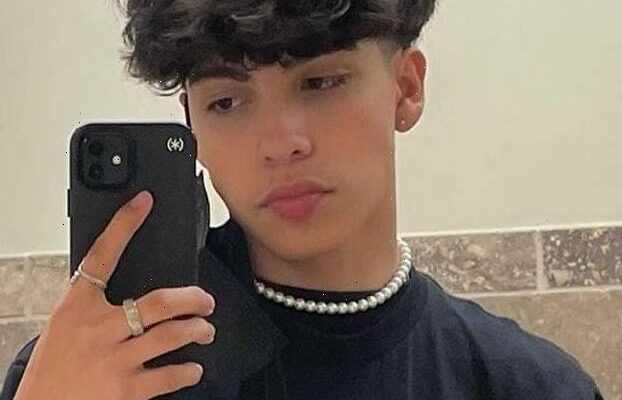 Gabriel Salazar, a hugely popular social media star who was known as @gabenotbabe to his 2.2 million TikTok followers, diedd on Sunday after being involved in a high-speed car chase.

According to the Zavala County Sheriff’s Office, a deputy overheard a call very early on September 26 from the Crystal City Police Department initiating a traffic stop with a 2014 Chevrolet Camaro.

The police officer then told deputies he was part of an active pursuit with the vehicle.

The deputy attempted to help deploy a “tire deflation device,” yet was “unsuccessful,” based on the department’s description of events.

This officer said he later heard a CCPD officer advise that “the vehicle had rolled over and that it was fully engulfed in flames.”

Authorities say that Salazar was driving the Camaro traveling north on Highway US 83 when he drove off the road, over-corrected and then sped across the roadway into a ditch.

The car smashed into numerous trees… rolled over and caught fire, the police have stated.

Salazar, as well as the three other passengers, were all pronounced dead at the scene.

Just horrible and tragic all around.

Wrote the Sheriff’s Office on Wednesday:

“In reference to the motor vehicle accident that occurred on Sunday September 26, 2021, we have been notified by Homeland Security Investigations that 3 out of the 4 males that died as a result of the accident were identified as illegal immigrants from Mexico.”

The Texas Department of Public Safety is investigating the fatal accident.

Salazar was known online for posting lip-syncing videos and various other kinds of skits.

His final Instagram post was shared on Saturday, and it featured Salazar posing beside and behind the wheel of a car.

In the days since his passing, a GoFundMe page has raised more than $38,000 for Salazar’s family.

“I don’t know what’s real and not real anymore,” the organizer wrote on the fundraiser.

“We couldn’t believe it the moment we found out. Dont really want to get into details because it’s so hard for us to even talk about the pain he went through. Never expected this happen but now you’re watching over us.”

Adds the tribute on this page:

“Gabriel loved his family and was always horsing around with [his] sister and little brother.

“He was always there with a big hug and smile, and his family will never forget those warm moments.

“He was so funny with a quiet sense of humor and sarcasm. I cannot believe that I am sitting here writing this.”

In response to this tragedy, many of the social media star’s loved ones and fans mourned his death, including close pal Ricky Flores.

“Words cannot explain how i feel right now,” Flores wrote in one tribute posted on his Instagram story.

“Man i remember we were jus on the phone like yesterday bro.

“I love you so much Gabe,” she wrote alongside a collage of childhood photos, adding:

“No matter how much we argued and fought you knew i loved u with all my heart and i would always tell you this.”

“I’ll keep you in my heart forever.”

Celebrities Who Died In 2021: In MemoriamStart Gallery