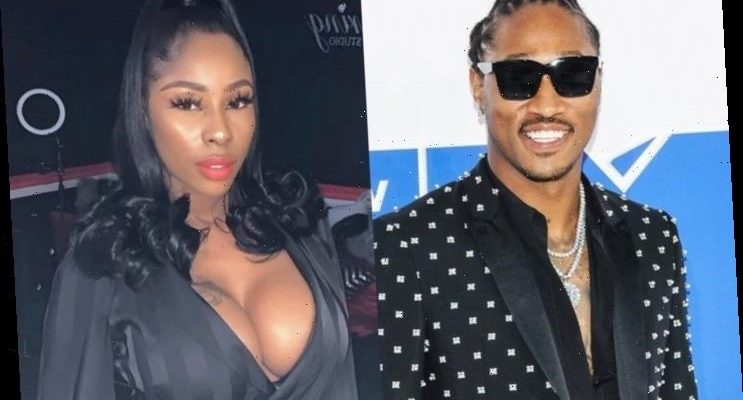 Prior to her confession, Eliza Reign and Cindy Renae, who also claims to be the rapper’s baby mama, take their children for DNA test to see if they are related.

AceShowbiz -There’s a development in Future‘s paternity battle with two women who claim to be his baby mama, Eliza Reign and Cindy Renae. Eliza took to Instagram Stories on Wednesday, December 11 to make a rather shocking confession after she and Cindy took their own children for DNA test to see if they are related.

“Honesty hour,” so she began on the photo-sharing platform, before adding, “I don’t know who tf my baby daddy is.” Her statement was surely surprising considering that she has been very adamant that Future is the father of her son Reign Wilburn despite his denial. But before people really believe what she said, Eliza wrote in separate posts, “But… I can confirm whoever it is also got @xocindyrenae pregnant too! Issa small world.”

It was clear that she was just being sarcastic in the posts.

Both Eliza and Cindy shared on their own Instagram accounts the DNA test result, which did in fact appear to prove that their children are half siblings. It made it more likely that Future is the father of their children. Calling out the Atlanta native, Cindy wrote along with a photo of the result, “Legend can be avoided. Even the court system can be avoided. However, one thing that is for sure, is charity stats at the home and family is everything, regardless of the circumstances.”

The paternity battle between Future and his alleged baby mamas has been going on for some time now, with Eliza making the first move. She filed a paternity lawsuit against the musician and sought child support and custody. Later, Cindy lodged a similar suit in Texas, claiming that he is the father of her newborn son Legend.

Future has been constantly denying fathering both Eliza and Cindy’s babies. He even demanded that Eliza be prohibited from talking about him of discussing the case in public.