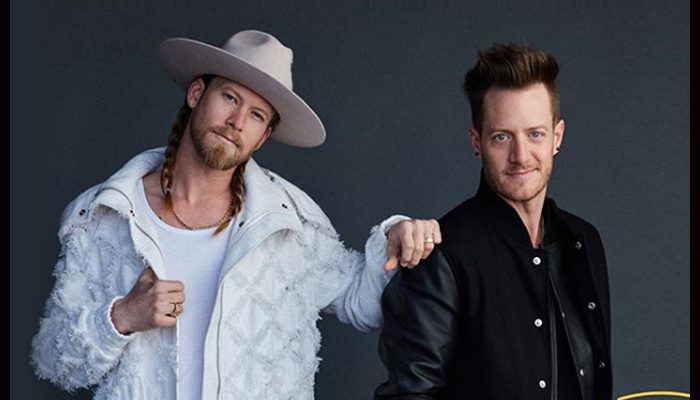 The country duo — Tyler Hubbard and Brian Kelley — shared the cover of their new album on Twitter Thursday night, which shows them standing side-by-side in a barn.

“BOOOM!! Thanks to all who helped with the cover reveal! We cannot wait for y’all to take a listen to this on Feb 15!!! The #CantSayIAintCountry Preorder goes live at Midnight EST AND we got a new song for y’all!!! Let’s gooo!!” they tweeted along with the cover art.

Can’t Say I Ain’t Country, the follow-up to 2016’s Dig Your Roots, is set to release on February 15 via Big Machine Label Group. The album also features guest appearances by Jason Derulo on a song titled “Women,” Jason Aldean on a track called “Can’t Hide the Red” and Hardy on another song, “Y’all Boys.”

Recently, the duo received their first Grammy nomination for collaboration with Bebe Rexha, “Meant to Be.”