Fern Britton, 65, took to Twitter to comment on the sad news that the Queen had died aged 96 surrounded by her loved ones at Balmoral yesterday. In view of her 119,000 followers, she wrote: “The Queen is dead, Long Live the King.”

The famous phrase is a traditional proclamation made following the accession of a new monarch, however not everyone believed it was appropiate.

The words were last uttered in 1901 following the death of Queen Victoria, when her son Edward ascended to the British throne. 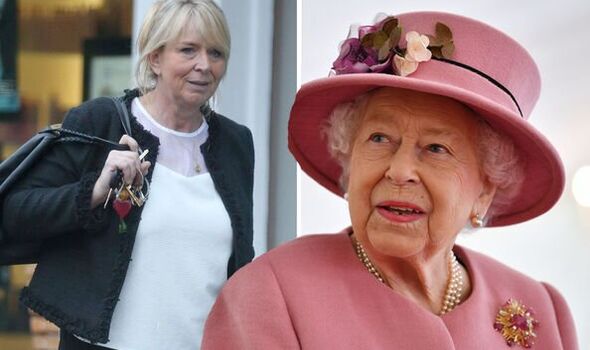 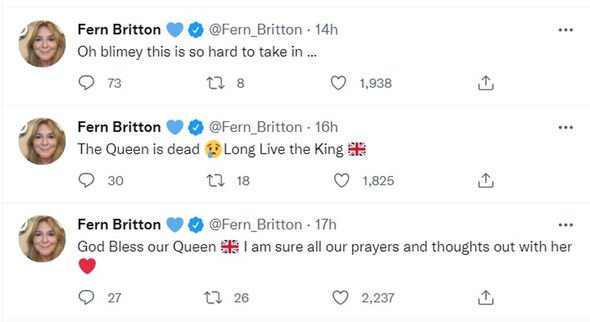 “Blunt comes to mind. What about everything our Queen has done for our country?”

Others jumped to Fern’s defence to tell those offended that it was a traditional phrase.

Jules Clark wrote: “It’s the traditional British phrase when announcing the death of the monarch. It’s not harsh, it’s tradition.” 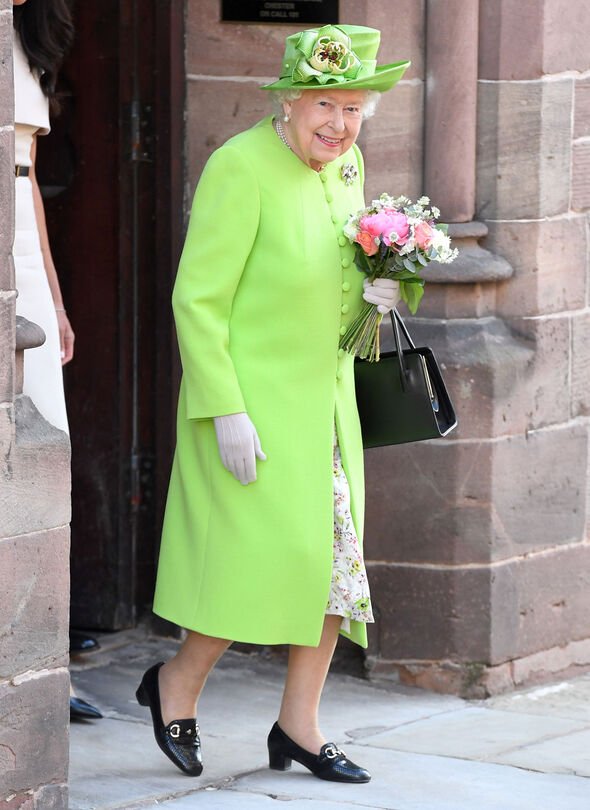 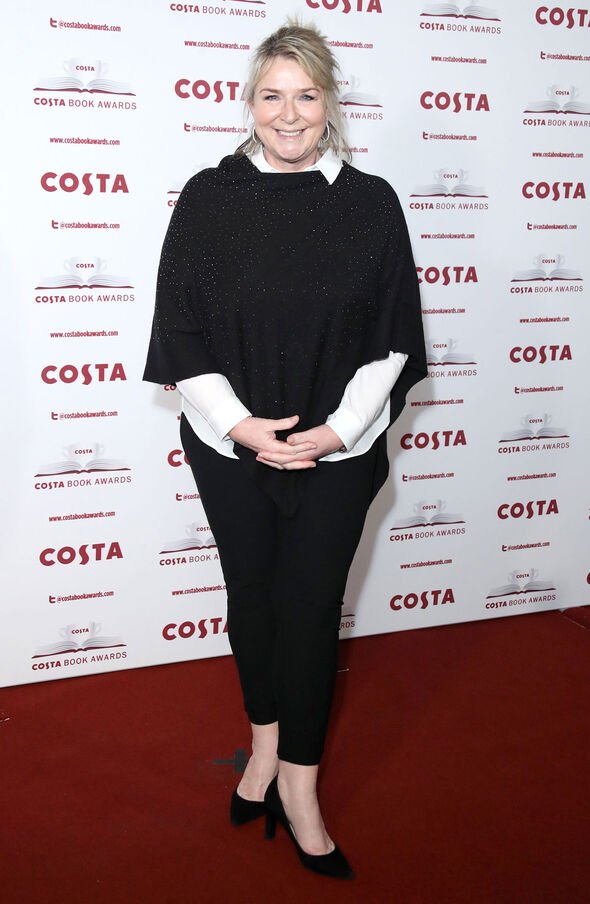 Buckingham Palace announced the death of Queen Elizabeth II in a statement yesterday and the succession of the Prince of Wales, now the King Charles III.

Today, he will address the nation about his mother’s passing.

Fern is yet to react to those who branded her tweet “harsh” but instead shared a further tribute about the late monarch.

She commented: “God Bless our QueenI am sure all our prayers and thoughts out with her.”

After seemingly watching more news coverage about the royal’s death, she added: “Oh blimey, this is so hard to take in.”

The author also told fans she hoped the tragic news would spark a “reconciliation between The king and his sons”.

“They are a family between mourning and moving forward, but there is always time to reconnect. Now is the hour,” she added.

The ex This Morning presenter was seemingly referring to ongoing reports that Charles’ relationship with his son Prince Harry had been strained since he and wife Meghan Markle stepped down from the royal family in 2020.

During an interview with Oprah Winfrey last year, Charles’ youngest son claimed the family had cut him off financially and that his father had stopped taking his calls.

Despite a rumoured rift, differences were put aside yesterday as the family moured the loss of the nation’s Queen.

Her Majesty’s four children were seen rushing over to Balmoral following reports she was under medical supervision. It was later announced she had passed.

A statement from King Charles read: “The death of my beloved mother, Her Majesty the Queen, is a moment of the greatest sadness for me and all members of my family.

“We mourn profoundly the passing of a cherished sovereign and a much-loved mother. I know her loss will be deeply felt throughout the country, the realms and the Commonwealth, and by countless people around the world.

“During this period of mourning and change, my family and I will be comforted and sustained by our knowledge of the respect and deep affection in which the Queen was so widely held.”