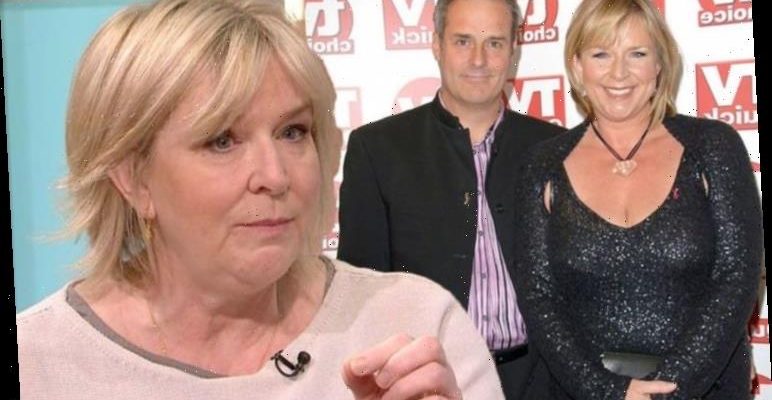 Fern Britton returned to Twitter this afternoon to address her split after confirming she and husband Phil Vickery had gone their “separate ways”. The couple wed back in 2000 and share daughter Winnie, 18.

The kindness of strangers is overwhelming

The presenter addressed her 66,000 followers and shared her gratitude, saying their support had helped “more than you know”.

It is the first time the 62-year-old had referenced their shock news, after first revealing their decision on the micro-blogging site.

She wrote today: “Hello. Thank you so much for all your kind messages.

“They are so appreciated. More than you know. The kindness of strangers is overwhelming. Xx.” 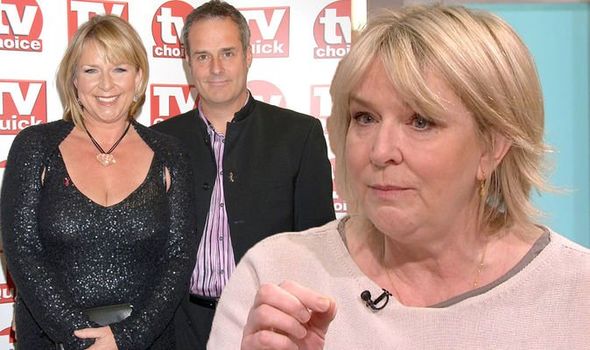 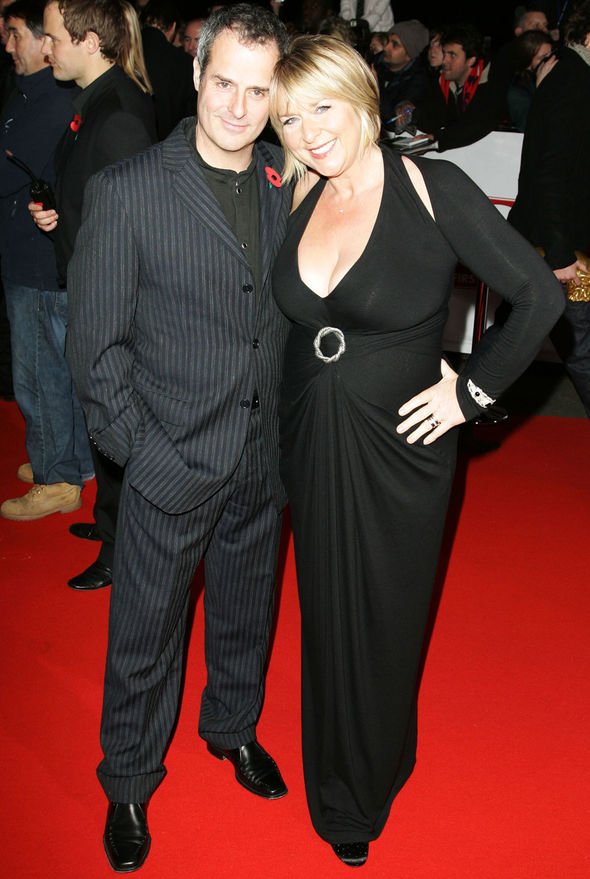 Fern went on to retweet her own message, this time captioning it with a number of emojis, including a number of kisses.

On Wednesday, she and Phil had shared identical statements on their respective social media pages.

It read: “After more than 20 happy years together, Phil and I have decided to go our separate ways.

“We will always share a great friendship and our lovely children. We would appreciate it if our privacy is respected at this time.” 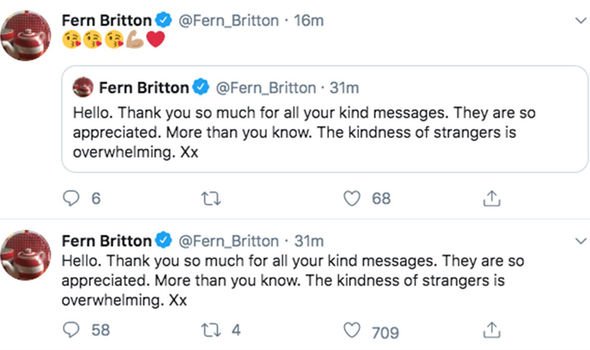 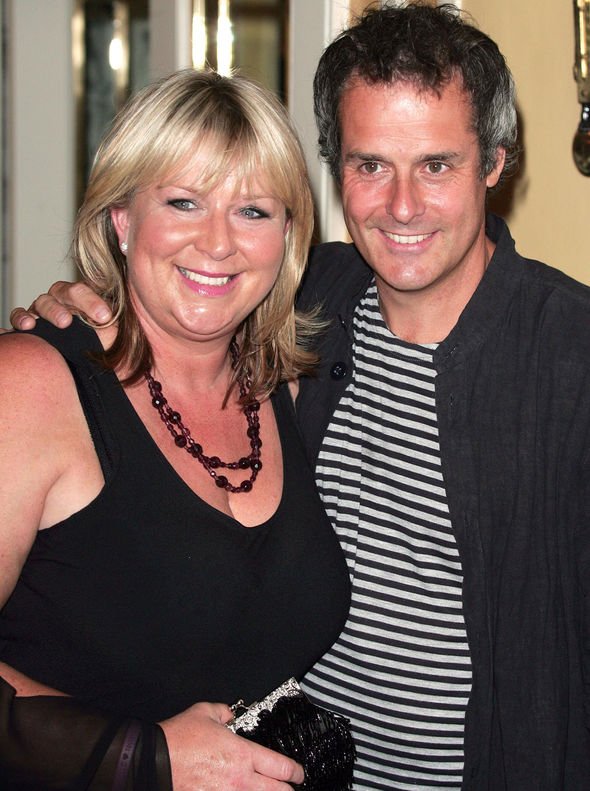 They signed off: “Thank you for your continued kindness and support.”

She had previously returned to Twitter ever so briefly yesterday, to respond to a user’s message.

They had told her: “Watching Day of the Jackal on TCM right now @Fern_Britton. Just at the part with your late Dad.

“For me, he more than held his own against other acts. He made every scene count towards this script.”

Fern has simply wrote back: “He did didn’t he.”

Meanwhile, Phil is yet to return to social media, while the pair have both been inundated with support in the wake of their split.

Broadcaster Camilla Tominey went on: “Lots of love to you both Fern and Phil x.”

Actress and Dancing On Ice star Hayley Tamaddon had tweeted simply: “Sending you all the love fern.”

Fellow chef and Saturday Kitchen host Matt Tebbutt had replied to Phil: “Very best of luck to you both fella.”

It comes hours after those close to Fern and Phil claimed they struggled through periods where “they weren’t even speaking”.

The source went on to tell the Daily Mirror that they thought it was “natural” for a marriage to be like that. 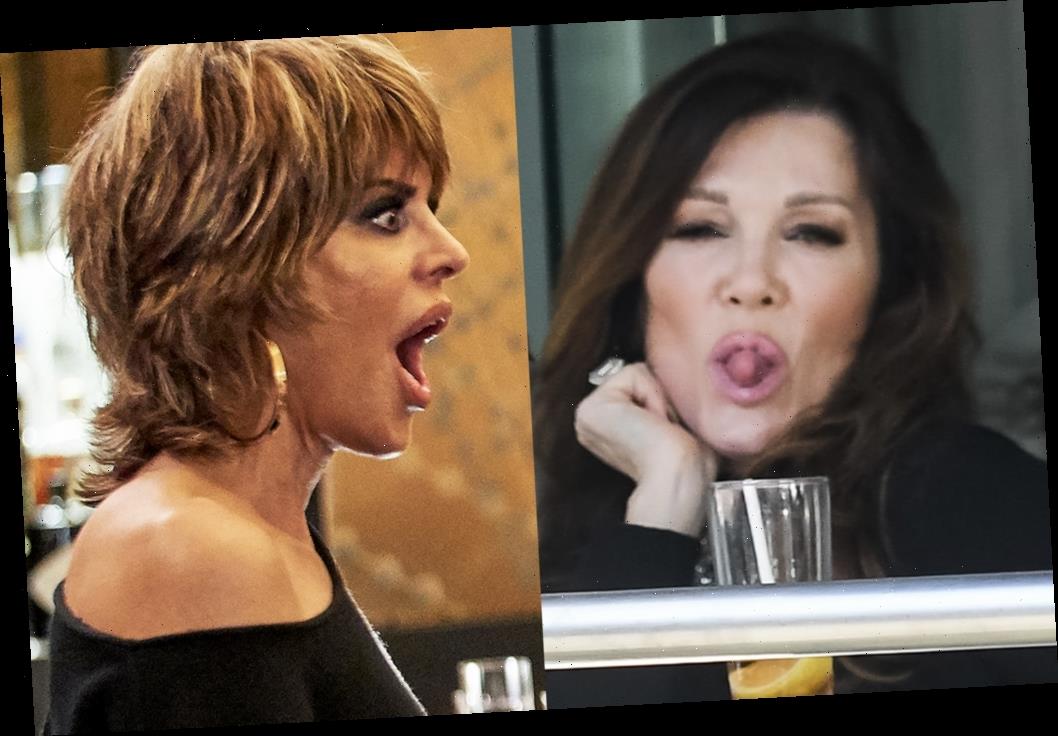