Khloé Kardashian posted new Instagram photos that left some of her fans so confused. The reality star looked almost unrecognizable in the images and people weighed in with their thoughts — some couldn’t decide if her face looked like it had been heavily Photoshopped or if she had plastic surgery. 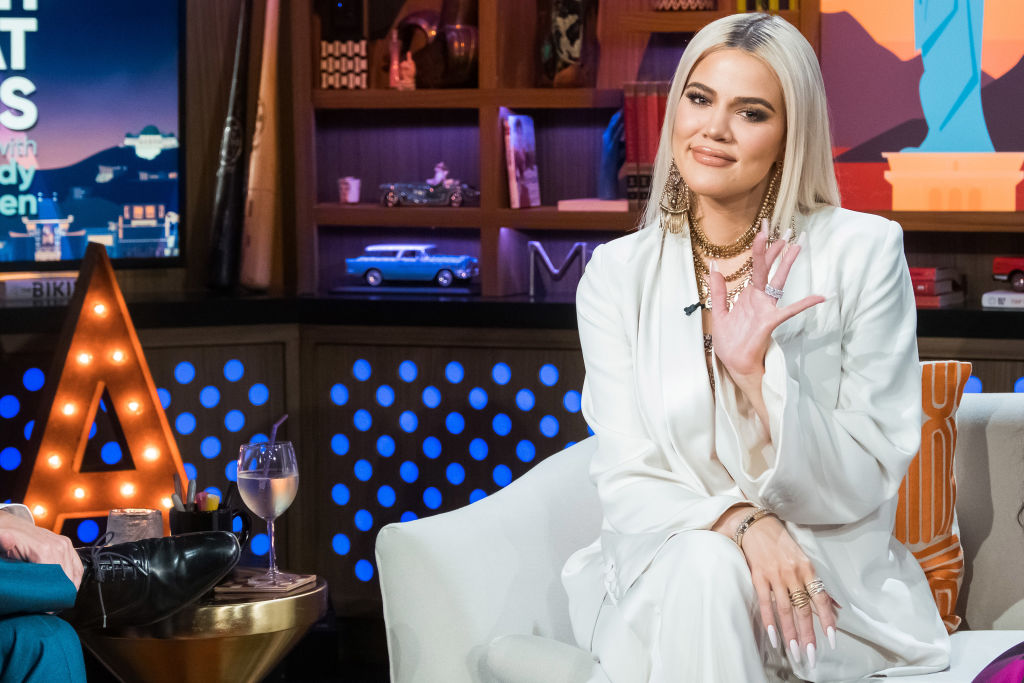 On May 22, Kardashian posted a series of photos of herself looking sunkissed and bronde, with the caption “location: under bitches skiiiinnnnn.”

So many of her fans are loving the new look, with comments about how gorgeous the reality star is and how they are won over by her bronde hair color. Kardashian explained in the comments, “a little switch up is needed” about the new look.

When pal Malika Haqq commented “GO OFF,” Kardashian responded, “Seeing how incredible you look two months after baby I really have to step my sh*t up.”

Over on Twitter, things blew up as fans and critics tried towrap their heads around why Kardashian looked so different than she usuallydoes.

“This isn’t khloe kardashian?! Am I crazy,” one fan asked. Another pondered, “Ummm. This looks like an avatar of Khloe. I’m so confused.”

Some fans were in denial, with one tweeting: “No, no, no! There is no way that’s Khloe. That’s beyond photoshopping. She’s an entirely different person!”

Another fan agreed, stating, “I’m telling you, the Kardashians switch faces like clothes. I refuse to believe this is Khloe Kardashian.”

There was concern as well. “Khloe Kardashian morphs more and more in every post. She must have to reset her facial recognition on her iPhone every other day,” one Twitter user noted.

Of course, there were those who wondered if Kardashian had plastic surgery, as one Twitter user noted, “Khloe Kardashian’s surgeon about to get hella new clients.”

Meanwhile, on Reddit, fans tried to figure out what they were looking at and they really put Kardashian’s lastest post under the microscope. “Can’t tell if it’s photoshop or surgery? I mean, she looks great but WOW… it’s different,” one Redditor noted.

“This ain’t it. I’m hoping it’s extreme photoshop and not more surgery… this is very very uncomfortable,” another wrote.

Others agreed it was “unsettling,” as one Redditor shared, “There is no doubt, this is a beautiful photo with great hair. The thing that is unsettling is the amount of surgery that has happened here and how this in no way looks like the Khloe 5 years ago.”

In addition to comparing her look to Malika, Chrissy Teigen, and Denise Richards, there was a deep dive into how much Photoshop was at play.

“Half of her necklace chain is gone,” one Reddit user pointed out. “That whole area is off. I can see a hint of the chain that was there and the area right where her neck and hair meet has an unexplainable brown chunk of color — I can’t tell if it’s a shadow or her hair,” another noted.

“I think what’s so disconcerting with them is each eye is looking in a slightly different direction. As well as one higher than the other. Also, half her necklace chain is missing. Think it’s 2 photos merged into one,” one eagle-eyed fan shared.

Still another Redditor explained, “Whoever photoshopped this went a little crazy. I zoomed in and it looks like her left front tooth is coming out of her lip.”