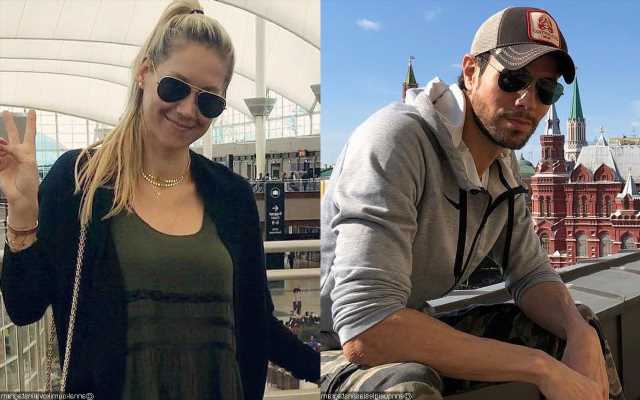 To celebrate Lucy and Nicholas’ birthday, the former professional tennis player shares adorable photos of her and the ‘Subeme La Radio’ singer’s twins, who are all grown up.

Making use of her Instagram account on Thursday, December 16, the 40-year-old shared two sweet images of Lucy and a couple of adorable snapshots of Nicholas. The proud mom simply captioned the two posts, “4!” with a red heart emoji.

Anna’s tribute to Lucy featured two images of the 4-year-old girl. The first photo saw Lucy rocking a princess dress with a big smile on her face at the park, while the second snap showed her playing in her room.

Nicholas, in the meantime, looked cute as he smiled at the camera in a Mickey Mouse shirt in the first image that Anna shared on her social media page. In the second slide, he wore a white button-up shirt and pants while staring off into the distance and sitting in a big red chair.

In the comment section of her birthday tributes, her longtime partner Enrique left a sweet message. The “Subeme La Radio” crooner added several red heart emojis as he gushed over his children, who turned a year older.

Anna’s posts came months after she shared an adorable video of all three of their kids riding an electric toy car on a tennis court, celebrating Enrique’s new album. “[sun emojis] #chasingthesun #Finalalbum,” the athlete wrote in September.

Enrique and Anna are also proud parents to their daughter Mary, who turns 2 years old next month. Anna never announced her third pregnancy. In January 2020, however, she was seen sporting a huge baby bump while boating with the 46-year-old singer/songwriter.