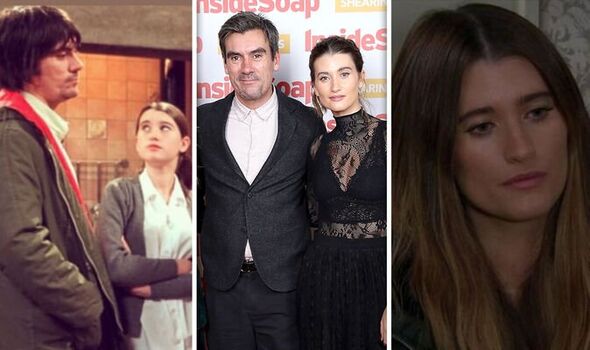 Her biological father died suddenly when she was just 14, and she has previously credited her mum for “instantly becoming two parents” and raising Charley as well as her siblings, including Hollyoaks star Jamie Lomas.

The mum-of-three posted a photo with her late father, marking 20 years without him and urging her followers to “remember to love your people a lot” because “life is so short”.

Charley paid tribute to her father, who died 20 years ago

She urged her followers to “remember to love your people a lot” because “life is so short”.

The star also posted a photo with Cain actor Jeff

She played his on-screen daughter until she quit Emmerdale last year.

She admitted their kids prefer hanging out with dad Matthew because he’s “more fun”.

Their complicated relationship made for dramatic storylines from 2002-2021.

Charley with Jeff and Emma Atkins, who plays her mum Charity Dingle

The Emmerdale family were pictured together at the Inside Soap Awards in 2018.

He sent her a message of support as she grieved for their late dad on Father’s Day.