There are certain public figures who, over time, come to serve as fractional bellwethers of the cultural zeitgeist; people whose opinions are looked to and hyper-analyzed, whose quotes continuously reverberate in group chats and news headlines alike. And for many, that public figure is Emily Ratajkowski.

A mere glance at the multi-hyphenate’s career trajectory en medias res—whether it’s her early modeling days or her more recent foray into writing New York Times best-selling book material—and you can’t help but feel like her star power continues to burn bright because she’s been part and parcel (albeit reluctantly, in many cases) of the very industry she now has the privilege of calling out. It’s a unique position that makes her arguments about one of the most pervasive issues in entertainment—sexism—so compelling and nuanced. That, and the fact that she has no qualms putting all parts of herself out there: professional Emily, feminist Emily, mom Emily, friend Emily, New Yorker Emily, and so on. And it’s allowed her to gain a massive following on nearly every social media platform.

EmRata’s TikToks, for example, are equal parts digestible fun and poignant pieces of cultural commentary; and they’re only a fragment of what she’s got in store for her new podcast, High Low. Episodes of the series are set to roll out twice a week (one will feature an interview with a guest, while the other will be more scripted along the lines of the hit essays she’s published in the past), with an additional bonus episode for subscribers only. The project is a natural next step for Emily, whose “hot takes” often get the ball rolling on larger, important convos in the public sphere.

From John Berger’s Ways of Seeing

Cosmopolitan sat down with the star this week to dish about High Low, Swiftie TikToks, her “bitch era,” and what’s coming next.

Let’s dive right in: What is the origin story of your podcast? How did it come to be?

I have been thinking about podcasting for years. I grew up listening to NPR. I’m not a huge podcast listener, but I really like audio as a medium. I grew up in California, so driving around, I liked that even before podcasts really existed.

And then probably a year and a half ago, I was like, I really want to do this and make it happen. But I was writing my book, and I made the decision that I’d rather have the book first so people could have an idea of how my brain works. It’s actually been a year since the book has been published, so my master plan has worked! *Laughs*

Amazing! Because you’ve been thinking so about the podcast, I’m sure that a lot of guests come to mind. Who would your dream guest be?

Yeah, I mean, there’s so many and I don’t want to spoil anything that’s coming or jinx it, because celebrity booking is a really exciting journey. It’s kind of limitless, to be honest with you.

What’s one thing you’re hoping people learn specifically about you through the podcast?

I don’t know if I have something that I hope people learn about me. I really want people to feel like they’re in dialogue with the podcast—that their thoughts and their reactions are being considered and implemented. I want it to feel like a conversation, which is why I have the third subscription episode, which will be called “Talk Back,” where people can submit audio notes and respond to things that we’ve been talking about that week. Because I just think that’s something that I’ve never been able to really do between social media or even the book. That’s not the right conversation, and I think podcasting really allows for that.

Definitely! It’s interesting you bring up social media with such huge followings, especially on TikTok. How do you use the app? Is it more pre-planned or more off the cuff?

It’s funny that you bring up TikTok, because I’ve been describing the podcast as a marriage somewhere in between a TikTok and an essay, which is why I love it so much. I think what I like about TikTok is how spur-of-the-moment and how quickly you can learn. And I think that, generally, people respond when they’re less thought-out, which I love because my experience with social media, coming up in the days of Instagram, was so about creation and your feed and whatever.

I think TikTok is exciting and works because it’s about capturing a moment in time. Essentially, instead of sending an audio note to one of my friends sometimes, I make a video about it. Or it’s just fun. This morning I was walking my dog with my best friend and we were like, “Let’s make a Swiftie TikTok.” And it literally took the time it took to walk our dogs. We were just walking down the block and made a 15-second video. And it was fun! More than anything, we just enjoyed doing it. I really like that about TikTok.

KARMA IS MY BOYFRIEND

Do you remember the first time one of your TikTok videos went viral? What was it? What did that feel like?

When I joined the app, I did one of those “I just flipped the switch” videos, and it was such a new medium for me. That was during the pandemic. That’s when a lot of people turned to TikTok, and I didn’t totally appreciate it.

It’s more been recently when I will post something like a hot take, where I’m just talking about something that’s really exciting to me, because it’s not a challenge or it’s not about the way I look. It’s literally a side of myself I feel like it’s nice to have people respond to that.

Would you say those are your favorite ones to make?

It depends on my mood, honestly! Sometimes I love to make a stupid sing-along video, too. And there’s a little bit of a nervous high that comes with putting a hot take out on the internet. That could be a little scary, so it’s anxiety-producing in a way, sometimes, so maybe I don’t enjoy doing those ones as much. But I also, in the end, it pays off because I feel like, Oh, people are listening to what I have to say, which is nice.

And you’re opening up a dialogue essentially, which is important. That’s a really good segue into my next question, which is how do you cope with hate comments and trolls on social media? Whether it’s on TikTok or the podcast, how do you deal with negative comments?

I think that it’s really difficult, I want to preface that. I think anybody who says that it doesn’t impact them is lying, because the truth is you would have to completely not care about praise as well. And I have to be honest, when people are agreeing with me or responding to what I’m saying in a positive way or in a thoughtful way, it feels really good. So when see hate, it’s not easy to just be like, “Oh, these people are so insecure sitting in their house,” all the things you’re supposed to think.

I will say I’ve learned that I’m just never going to—no matter what I do—if I tried to make everyone happy, I wouldn’t be able to. I’d be considering people and not just being myself. So I just learned that doesn’t pay off, and that has made it much easier for me to give less of a fuck, essentially. 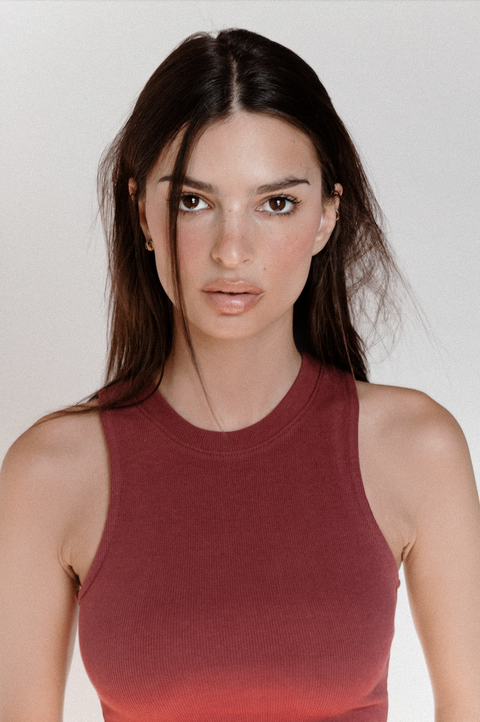 Totally. Now you pivoted to the book, you’ve built up having an amazing presence online, and now you’re doing podcasting. Where do you see yourself five years from now?

I would love to continue to do what I’m doing. I’m very happy with what I’m doing right now. I really like the idea of producing more content for other people and not it being just my own podcast. I started a media company around this podcast called Bitch Era Media, and I’m hoping that my bitch era continues. *Laughs* It’s just about, for me, connecting to all the sides of myself and using them to do what I want to do, professionally and personally.

I feel like that’s a great barometer for success. Like, I want to keep doing what I’m doing, essentially.

This interview has been lightly edited for length and clarity.